Anthony Albanese is flying to Alice Springs after revelations the Prime Minister hadn’t been to the crime-ridden Outback town once since being elected despite removing alcohol bans and the cashless welfare card.

The Prime Minister had come under heavy fire from the Opposition over his failure to fly to the lawless town where as many as 200 children roam the streets at night and one business owner has complained being broken into more than 40 times.

‘(He) should have been there by now,’ said Mr Dutton on Monday, who added that Mr Albanese could’ve flown in with him on a bipartisan trip.

‘It will be tackling the root causes of what’s causing the heartache and the distress,’ he told Sky News on Tuesday.

‘It is a crisis. There’s no question.’

He added that the people of Alice Springs didn’t want heavy-handed intervention from Canberra.

Northern Territory Chief Minister Natasha Fyles is reportedly travelling there on Tuesday to discuss the issue with locals. 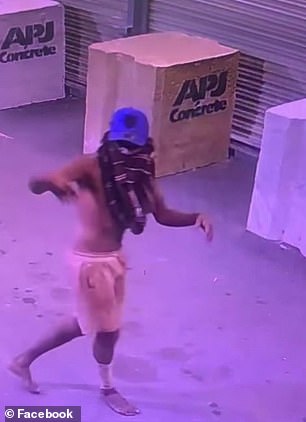 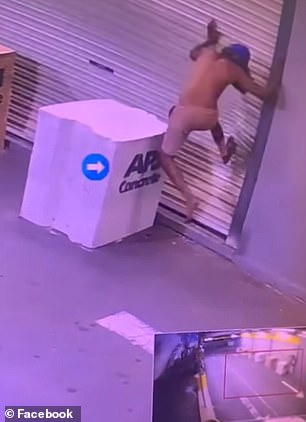 Alice Springs has faced a wave of youth crime with one business owner saying they were broken into 40 times (pictured, a young man attempting to break into Alice Spring’s Todd Tavern)

Ms Fyles was also steadfast against a federal intervention similar to that instigated by John Howard in 2007, which included strict curbs on the sale of alcohol and the quarantining of welfare payments among a suite of measures.

Mr Dutton said there would be outrage if a similar crime spree was happening in capital cities and branded it ‘the biggest issue in our country today’.

‘There are reports of kids running around with machetes, children not wanting to go back home because they feel it’s unsafe to stay there so they’re out committing crimes,’ he told Nine’s Today Show on Tuesday.

‘It’s a law and order and crime problem and we want those kids to grow up in a safe environment and the prime minister has the resources, has the ability, and should show the leadership to deal with this issue.’