Prime Minister Anthony Albanese has confirmed he will hold formal talks with Chinese President Xi Jinping on the sidelines of the G20 summit.

The bilateral meeting will be the first one-on-one meeting between the leaders of the two countries since 2016.

Mr Albanese will meet with Mr Xi on Tuesday afternoon, ahead of a range of other bilateral talks at the international summit.

Prime Minister Anthony Albanese (pictured centre as he arrives at Bali’s airport) has lined up a meeting with Chinese President Xi Jinping, which will be the first face-to-face meeting between the two nations’ leaders in six years

Mr Albanese said he was looking forward to the talks, describing them as constructive.

“We enter this discussion with goodwill. There are no preconditions on this discussion. I’m looking forward to having constructive dialogue,” he said on arrival in Bali for the G20 summit.

“Australia will put forward our own position.” 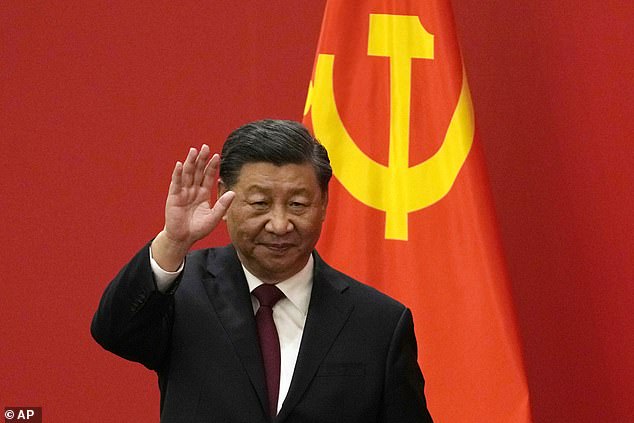 A Chinese media report after the meeting quoted Mr Li as saying China was ready to “meet Australia halfway” and work to promote “sustained, sound and steady” growth in relations.

In a keynote speech ahead of the G20 summit, Trade Minister Don Farrell said Australia needed to diversify its trade relationships, with the geo-strategic case for a European Union free trade deal having strengthened. 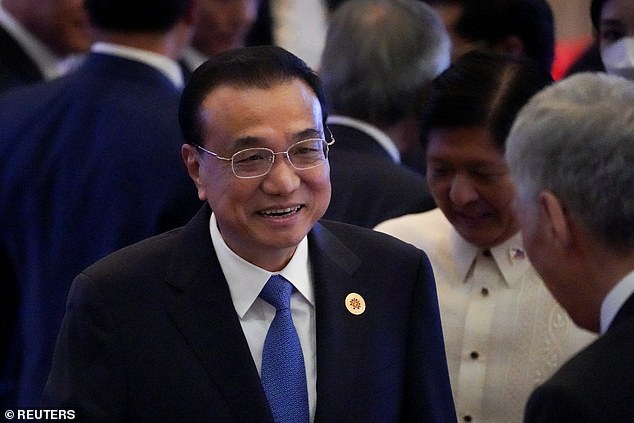 Chinese Premier Li Keqiang, who had a brief informal chat with Mr Albanese at a dinner in Cambodia on Sunday, said China and Australia should meet ‘halfway’ to get relations ‘back on track’

“It is no longer possible, if it ever was, to insulate our trade policy from geopolitics.”

Senator Farrell indicated Mr Albanese would tell the Chinese president the removal of $20 billion in trade barriers would be crucial for the relationship between Canberra and Beijing returning back to normal.

The minister said while Chinese duties on barley and wine were being formally challenged through the World Trade Organisation system, Australia was open to discussing “possible off-ramps” to get a mutually agreed solution.

On Sunday, the final day of the Cambodian summit, the Prime Minister had a 40-minute catch-up with US President Joe Biden. 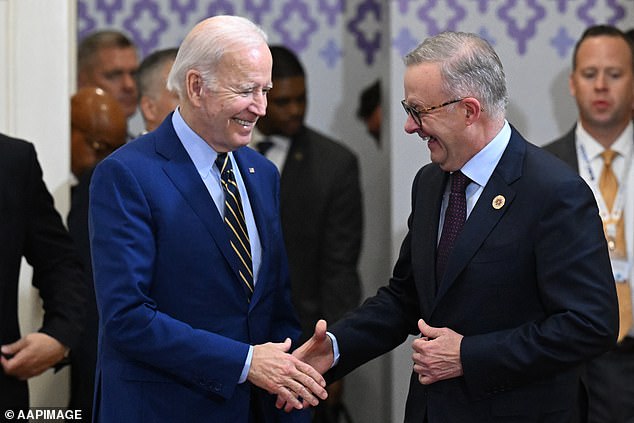 The pair discussed security deals, the climate and engagement with the Pacific.

Indonesian President Joko Widodo has invited Mr Albanese to give a keynote speech at the B20 meeting, which brings together business and political leaders from the world’s strongest economies.

Global recovery from the COVID-19 pandemic and taming inflation impacting economies will be key themes of his speech.

Mr Albanese will make a pitch to world leaders to work together in all nations’ interests by reducing tariff obstructions and increasing trade agreements.

“We can achieve far more together than we ever will alone,” he will say.

“Recovering stronger depends on recovering together.”

Tackling climate change will also feature heavily during the summit.

The Prime Minister will urge governments and businesses to invest in clean energy sources and spruik Australia’s role in the global transition to renewables.

“We know Australia can be a renewable energy superpower and we are working to grow our clean energy export industry,” he will say.

“We are committed to co-operating with other nations to help reduce their emissions, grow their economies and improve living standards.”

Leaders will also discuss global food insecurity, worsened by Russia’s invasion of Ukraine, as well as the global response to pandemics.

Greens leader Adam Bandt said there needed to be a broad review into whether trade deals delivered for Australia, and he wanted to see a de-escalation in tensions with China for the region.

“I wish the government well in re-establishing a better relationship with China,” he said.