Angry viewers have blasted host David Speers for dominating Anthony Albanese’s live television appearance and taking time that should have been given to voters to question the Labor leader.

Mr Albanese played second fiddle to Speers in an awkward Q&A election special in a format that was promoted as the public’s chance to quiz the gaffe-prone would-be Prime Minister.

While Mr Albanese was more competent in his answers than he has been on the campaign trail so far, he did not stamp his authority on the program.

Instead he often backpedaled as the host tried to expose another gotcha moment.

After a disastrous press conference earlier in the day when Mr Albanese appeared loose on policy detail, Speers seemed determined to again catch out the Labor leader.

But in doing so he infuriated viewers who vented on social media that the Q&A host took over, asking far too many questions and not allowing Mr Albanese to finish answering them.

Viewers also took to social media to accuse the program of stacking the audience with Labor voters.

But at the show’s outset Speers said the audience and questions were roughly split into four equal camps of Labor, Liberal, independent and undecided voters.

Mr Albanese’s Q&A appearance came after a day of embarrassing blunders and questions about his ability to recall Labor’s policy detail.

While the Labor Party holds a healthy lead over the Coalition in the most recent polls, head-to-head polling on leadership shows Scott Morrison narrowly remains the country’s preferred Prime Minister. 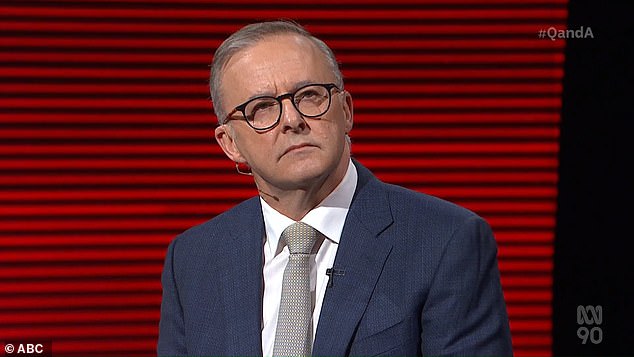 After a disastrous press conference earlier in the day when Mr Albanese appeared loose on policy detail, Q&A host Speers seemed determined to again catch out the Labor leader 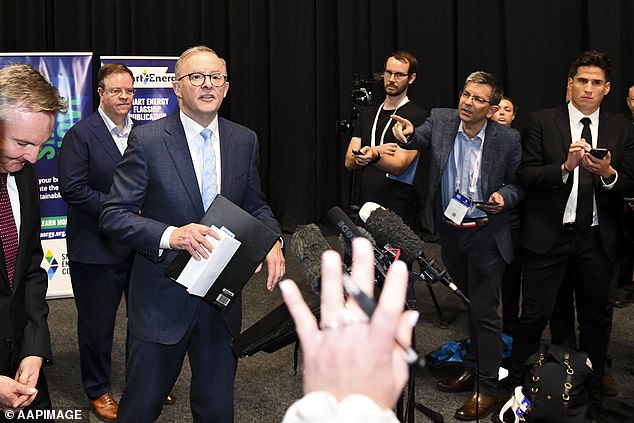 During a heated press conference on Thursday he was handed a note by an advisor after failing to outline his party’s six-point plan for the National Disability Insurance Scheme (NDIS).

He could only say ‘we will put people a the centre of the NDIS’ before one reporter shouted: ‘You do not know your own policy Mr Albanese’.

After taking questions on other topics Mr Albanese went off camera and journalists saw an advisor hand him a document. 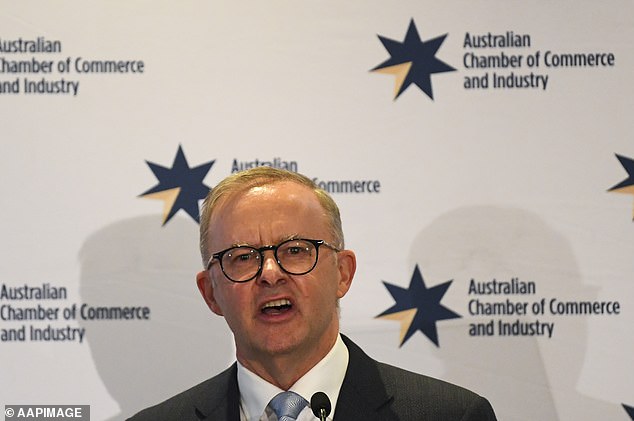 Reporters immediately accused the Labor leader of being handed the NDIS policy document which detailed the plan.

‘You’ve just been handed a policy document,’ one journalist said.

‘Is that the six point plan there,’ another asked.

‘That’s not right,’ Mr Albanese said with a wry smile as he shuffled his papers. He then read out the six point plan.

The note-passing incident happened before the full glare of assembled media and it was ruthlessly leapt on by reporters.

Earlier Albanese was grilled on breakfast television over his habit of deferring to ministers when asked about policy.

In a fiery interview with Today’s Ally Langdon, Albanese insisted he knows what he’s doing – despite asking shadow cabinet ministers to answer questions several times in the past week.

On Thursday a journalist asked the Labor leader if he deferred questions to his team because he does not know the details of his own policies.

This week he passed questions on the economy to shadow treasurer Jim Chalmers and questions on housing – including an awkward one about his own property portfolio – to shadow housing minister Jason Clare.

Mr Albanese defended himself, saying it was ‘bizarre’ to suggest ministers shouldn’t talk about their portfolios when he was there. 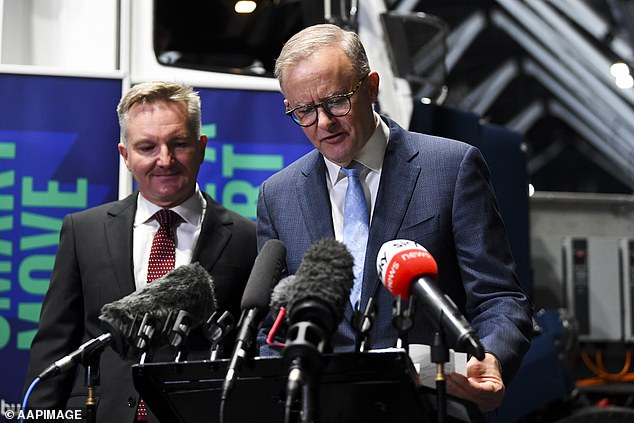 ‘I’m very proud of the team that we have. What we have yesterday, for example, was the education shadow, Tanya Plibersek, with me … answering questions on education as well as myself.’

The latest Roy Morgan poll this week showed Labor extended its election-winning lead by one percentage point, 55.5 to 44.5 per cent in two-party-preferred terms.

Mr Albanese’s campaign got off to a bad start last month when he admitted to reporters he didn’t know the current unemployment or the Reserve Bank cash rate.

Several days later, he was forced to clarify that off-shore immigration centres would remain after he earlier declared he would turn back people smuggling boats.