A male Uber driver in his 50s is one of two new community-acquired Covid cases in Queensland, Premier Annastacia Palaszczuk announced.

The man from Carrara on the Gold Coast is unlinked to other cases and Queensland Health authorities are urgently seeking more information on his movements.

It’s believed the Uber driver, who was fully vaccinated, was infectious in the community for three days.

Ms Palaszczuk warned that ‘further restrictions’ would be imposed on the Gold Coast in the next 24-48 hours if further cases of unlinked transmission were discovered.

‘If we see more unlinked community transmission on the Gold Coast in the next 24 – 48 hours, we may have to put in place some further restrictions.

The man is currently in the Gold Coast University Hospital and contact tracing is currently being undertaken.

Ms Palaszczuk urged people on the Gold Coast to use the check-in app when using rideshare services to enable fast contact tracing.

Gold Coast residents with symptoms were encouraged to come forward for testing. 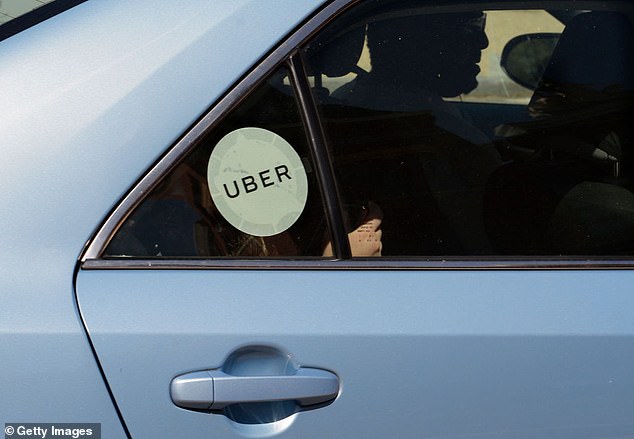 It’s believed the Uber driver from Carrara on the Gold Coast, who was fully vaccinated, was infectious in the community for three days

‘I would not like to see multiple unlinked community cases over the next few days,’ Ms Palaszczuk responded when asked how many new cases would be required.

‘If you remember [the situation] in Goondiwindi, they had very, very high vaccination rates, 97 per cent first dose and over 80 per cent double dose.

‘We don’t have that on the Gold Coast.’

A further community case is a young woman in her teens from Beaudesert who Ms Palaszczuk said was ‘not of concern’.

She is a close contact of a case from the Moree cluster in NSW.

‘She tested in home quarantine. She spent a couple days infectious in the community in Warwick and half a day infectious in Beaudesert,’ Ms Palaszczuk said.

She said the vaccination rate on the Gold Coast was nearly at 80 per cent of residents with one dose of a vaccine.

Just over 80 per cent of Queenslanders had now received a first dose of Covid vaccine, while 68.31 per cent are now fully vaccinated.

The premier confirmed that mask-wearing in Queensland for 11 LGAs in south-eastern Queensland was no longer required now that 80 per cent of the state had received one dose of a Covid vaccine.

It followed yesterday’s announcement that Queensland residents will be allowed to quarantine at home as soon as 70 per cent of state residents are fully vaccinated.

Previously, the state government planned to allow home quarantine for fully vaccinated domestic travellers who tested negative on November 19, and only for people in the southeast.

Applicants must be fully vaccinated, fly into Queensland two weeks after their final dose and have a negative PCR test 72 hours before travel.

‘People who meet this criteria will have the certainty to now start booking flights to come back to Queensland,’ Health Minister Yvette D’Ath said.

‘If you meet this criteria you will be able to fly in from November 19 and it’s possible we will hit the 70 per cent double dose earlier than that.’ 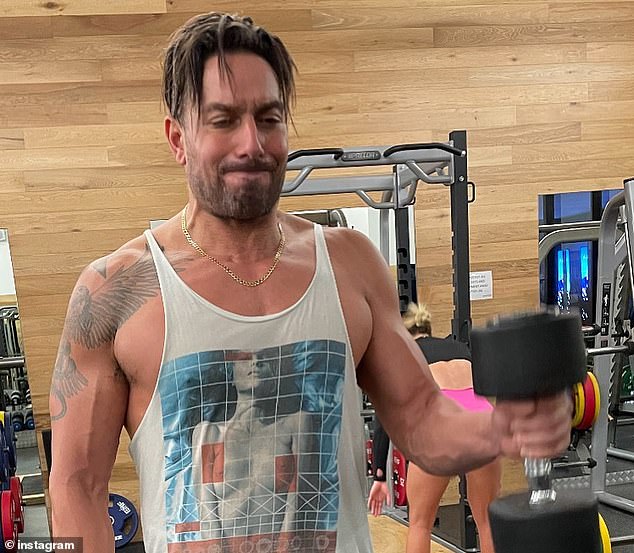 The new Gold Coast case echoes recent fears in the city when rideshare driver Duran Raman (pictured), who acquired Covid after a trip to Sydney and Melbourne before returning to Queensland, was hospitalised with the virus

The new Gold Coast case echoes recent fears in the city when rideshare driver Duran Raman, who acquired Covid after a trip to Sydney and Melbourne before returning to Queensland, was hospitalised with the virus.

He was living in a Broadbeach resort complex when it was discovered he was infectious.

No new community cases were caused by Mr Raman and he subsequently denied he was as sick as then chief health officer Dr Jeanette Young claimed.