ANNA MIKHAILOVA: Forget Carrie Symonds… it could be curtains for Baroness Jay as she’s being investigated by Parliament’s watchdog for breach of ‘personal honour’

Margaret Jay was quick to ensure we all knew she had nothing to do with the Cash for Curtains row last week – but wasn’t so forthcoming about the fact that she is already facing a separate investigation.

As soon as it emerged Baroness Jay had been asked to join a trust to fund Carrie Antoinette’s gold wallpaper habit, the Labour peer appeared on Newsnight to tell us that nothing untoward had happened. However, I can reveal that the peer is currently under investigation by Parliament’s watchdog for a breach of ‘personal honour’.

Asked to comment on the probe, Jay remained silent. It was a different story when she appeared on Newsnight last week to comment on Cushiongate, having been approached by Tory donor Lord Brownlow to sit on the Downing Street Trust

Sounds potentially serious for Jim Callaghan’s daughter – and it is, according to the rules. The Lords’ Code of Conduct describes breaches of personal honour as peers who show ‘a clear willingness to breach the Code (for example, by attempting to negotiate an agreement to provide parliamentary services in return for payment)’. A Lords spokesman said another example of a ‘personal honour’ breach would be lobbying Ministers or ‘abusing their position as a member of the House’.

Asked to comment on the probe, Jay remained silent. It was a different story when she appeared on Newsnight last week to comment on Cushiongate, having been approached by Tory donor Lord Brownlow to sit on the Downing Street Trust. Thanks to recently published emails we now know Lord Brownnose donated £58,000 ‘to cover the payments the party already made on behalf of the soon-to-be-formed Downing Street Trust.

He then approached Jay this year to sit on the Trust. She told Newsnight she expressed interest but ‘nothing formal was ever agreed’ and it all went nowhere.

Probably a good thing, given her own unrelated ethical quagmire.

Nadine Chief Whip? Get out of here! 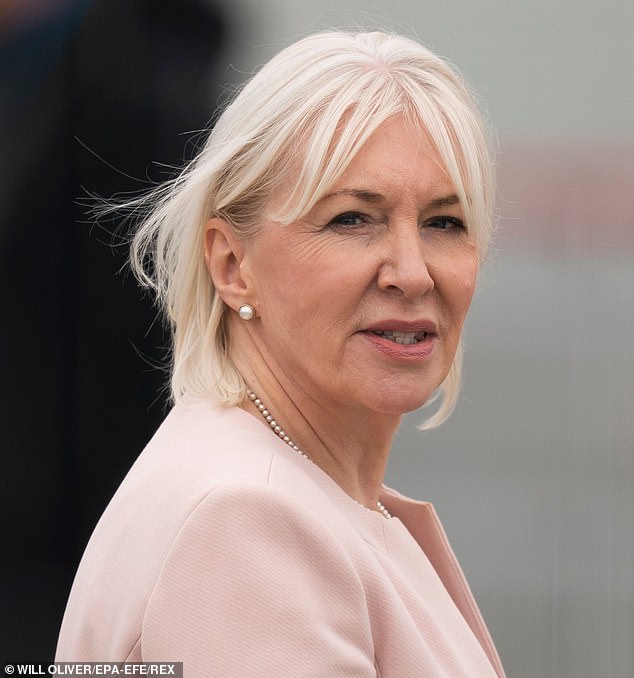 Nadine certainly has first-hand experience of the Whips’ Office. In 2012, she was suspended by the party for neglecting her MP duties by nipping off to Australia to take part in ITV’s I’m A Celebrity

Tory MPs of a nervous disposition will be choking on their Shreddies this morning to learn just who fancies becoming Chief Whip in Boris Johnson’s reshuffle. I hear no-nonsense Scouser and ex-nurse Nadine Dorries, currently a Health Minister, is being touted for the Cabinet job.

Nadine certainly has first-hand experience of the Whips’ Office. In 2012, she was suspended by the party for neglecting her MP duties by nipping off to Australia to take part in ITV’s I’m A Celebrity… Get Me Out of Here!

And while she proved unpopular with the public – being the first voted off the show – this time around she has gained one crucial fan in Carrie Symonds. A connection that’s making several backbenchers who question her competence quake in their boots.

Lib Dem leader Ed Davey added his two pence to Wallpapergate, demanding clarity over who paid for Boris Johnson’s flat refurb and whether any favours were offered in return. Davey’s predecessor Tim ‘I’m Not A Bigot’ Farron has kept quiet on the subject, however. Could it be because he has just been rapped for breaking the MP Code of Conduct by, er, failing to declare donations for more than a year?

Will Ministers ever reveal cash secrets? 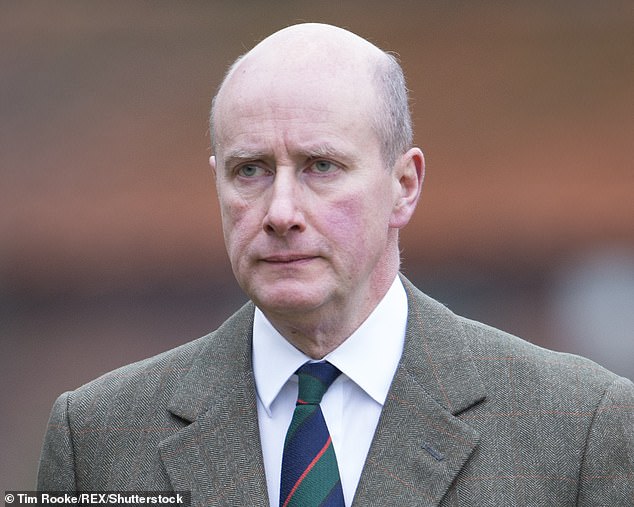 Geidt, pictured, decided to tie the register’s publication to his probe into BoJo’s soft furnishings

Lord Geidt, the PM’s new ethics chief, is already putting to good use his skills as a paid adviser to the famously ethical arms dealers BAE Systems. He used his first week in the job to kick the much-delayed Register of Minister’s Interests into the long grass.

A reminder for those at the back: the Ministerial Code says the register must be published ‘twice yearly’ to avoid any conflicts of interest. Last year this pledge was broken, with only one register published – in July.

Since January, the Cabinet Office has repeatedly told me the register is coming ‘shortly’. Two weeks ago that became ‘very soon’ and a week ago it would be published ‘when the new ethics adviser has been appointed’.

Instead, Geidt decided to tie the register’s publication to his probe into BoJo’s soft furnishings. So, the Cabinet Office are now saying the earliest we’ll see any information on Ministers’ interests is ‘within weeks’. But don’t expect to see what Boris did or didn’t declare since last summer as his entry will be updated in light of whatever Geidt finds. All of which leaves the impression the PM’s new ethics adviser is firing blanks.