Pub and restaurant bosses are facing a red-tape nightmare from town hall bureaucrats ahead of the big reopening of the hospitality industry in April, The Mail on Sunday can reveal.

Venues will be allowed to offer a takeaway menu and serve people outdoors from April 12, but customers will not be allowed inside until mid-May under Boris Johnson’s recovery roadmap.

However, landlords said they have been hit with demands for hundreds of pounds for planning permission to put up marquees and temporary shelters over their beer gardens.

The Black Bull pub in Otley, north Yorkshire – which dates back to the 1600s – may have to stay shut until May

Councils have also asked businesses to reapply for £100 licences to place tables and chairs on the street rather than simply extend the permits after a highly successful trial last year.

He told The Mail on Sunday: ‘We’re all looking forward to seeing pubs, cafes and restaurants open again.

‘I’m determined we don’t let red tape get in the way of a great British summer.’

Mr Jenrick said he would be writing to all local councils in England to urge them ‘to do everything possible to help these businesses reopen safely and prosper again’.

Mr Jenrick relaxed rules last year so hospitality businesses could offer a takeaway service during the pandemic, while the Government also made it easier and less expensive to get an outdoor seating licence.

However, businesses said that they still face problems with local bureaucracy.

Mel Green, manager of the Black Bull pub in Otley, north Yorkshire – which dates back to the 1600s – fears she will have to stay shut until May after she was told she faces a £234 bill for permission for a temporary shelter in her beer garden.

The basic structure consists of plastic sheeting over the top of some old beer barrels but Leeds City Council officials said the pub needs permission because it is located in a conservation area.

‘It’s just another thing on the list of things to deal with,’ the 41-year-old said, adding: ‘Surely you can’t get more in keeping with the conservation of an old pub than beer barrels? I wouldn’t know where to start with planning permission, I’m a publican.’

A council spokesman said they are ‘more than happy’ to work with the Black Bull to resolve any problems, adding that it was ‘committed to providing what support we can’. 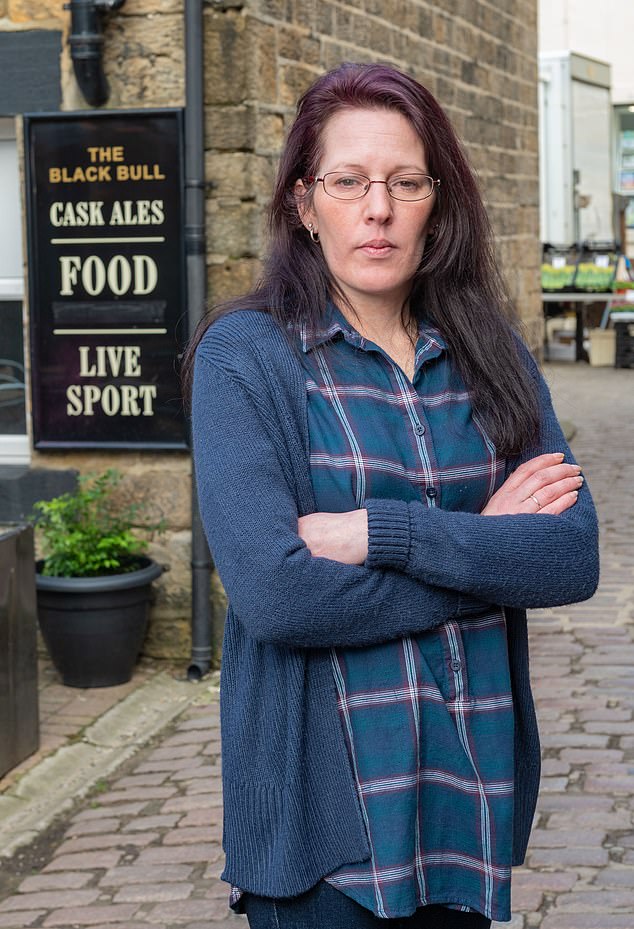 Mel Green, manager of the Black Bull pub in Otley, north Yorkshire, was told she faces a £234 bill for permission for a temporary shelter in her beer garden

Georgette Way, landlady of the award-winning Cheltenham Motor Club real ale bar, said she faced a £600 bill to put up a wooden pagoda covering four tables in her car park.

She called her situation ‘a ‘bureaucratic nightmare’ and warned that the ‘drawn out’ application process could mean custom is halved if the new outdoor shelter is not built by April 12.

Cheltenham council said that it offers hospitality businesses the ‘advice and support they need for their April opening’ and ‘turn [planning applications] around very quickly’.

Meanwhile, hundreds of pubs and restaurants in Central London are facing £100 bills after Westminster Council forced businesses to re-apply for a pavement licence so they can offer alfresco dining.

The council said the licence issued to 560 premises last year – but only used for four months – runs out at the end of April.

But critics said that the council should just extend the permit for free.

Rachael Robathan, leader of Westminster City Council, said: ‘We know how hard this has been, which is why we are relaunching our alfresco scheme as soon as the easing of restrictions allows to help struggling businesses as much as we can.’ 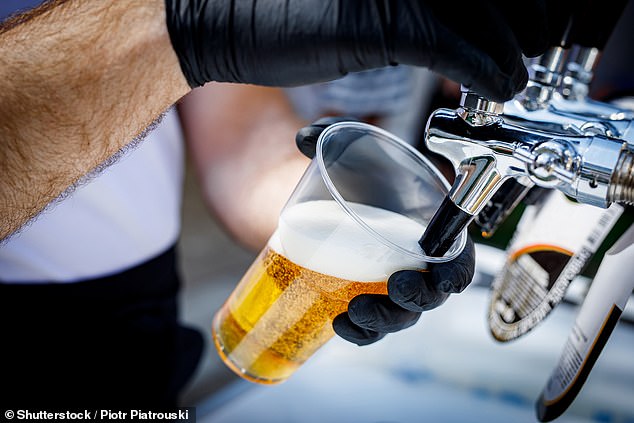 Last week, 200 hospitality and pub bosses warned Chancellor Rishi Sunak that thousands of businesses will go under without urgent support and two-thirds will go bust by the end of May.

Venues are spending an average of £10,000 a month while closed and gaining no income.

Greg Mulholland, of the Campaign for Pubs, said: ‘Landlords are tearing their hair out.

‘They can’t understand why they are being forced to fill out forms and jump through these ridiculous hoops at a time when they are facing oblivion.’

Kate Nicholls, chief executive of UK Hospitality, which represents the industry, led calls for red tape to be suspended between April 12 and May 17, adding: ‘We urge councils to have a bit of common sense and take a pragmatic view to relax the rules.

‘We need to get the economy moving and we can’t afford to let needless red tape get in the way.’

A spokesman for the Local Government Association, which represents councils, said: ‘Councils are working hard to support businesses to be able to reopen in April and in particular are there to offer assistance to those in the hospitality sector who have queries regarding temporary outdoor areas.

‘Some other temporary measures may not need planning permission, so it is best to speak to your local authority for advice on getting your premises ready to reopen.’