By Jake Ryan and Jonathan Bucks For The Mail On Sunday

A row has broken out between the security services and the Foreign Office over the employment of members of the Chinese Communist Party in diplomatic missions.

Intelligence officers are understood to be furious that staff who have sworn allegiance to the CCP have been given posts in embassies and consulates.

The spat came after The Mail on Sunday revealed how a leaked list of CCP members in Shanghai included an official working in the Shanghai Consulate and hundreds working for British firms.

While there is no evidence any of the members are – or have been – involved in espionage, security sources argue it defies belief that none of them have and it is not a risk worth taking given China’s record on spying.

The British Consulate in Shanghai shares its headquarters with an MI6 station where intelligence officers regularly deal with top-secret material.

Comparing Britain’s position with that adopted at China’s embassy in the UK, a senior intelligence source said: ‘It’s a scandal, you don’t see the Chinese doing that in London.

‘There’s a large section of the intelligence community that want our overseas operations brought up to the standards of our rivals.

‘If that means reducing numbers of staff or services, or sending out more of our own diplomats, then that’s what must be done.

‘It’s ridiculous that we employ local staff on the cheap and compromise the country’s security in the process.’

Under Chinese laws, foreign embassies and consulates in China are required to recruit local staff through state-owned employment agencies which openly advertise posts such as chauffeurs and chefs.

Analysis of the leaked database by this newspaper found at least 249 CCP members listed in 2016 were linked to a single agency based in Shanghai.

Last night, a Foreign Office spokeswoman said: ‘All embassies in China have to follow local regulations and when employing Chinese staff, this includes a requirement that employment contracts are signed through labour agencies. But these agencies have no role in the recruitment process.’ 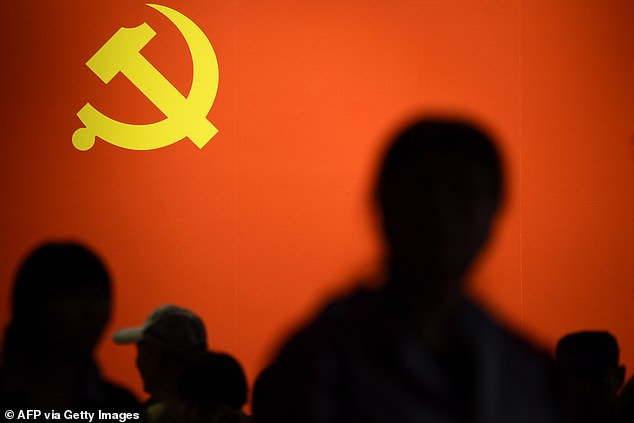 Meanwhile, it can be revealed that the security unit at Rolls-Royce – one of the firms which has CCP members on its payroll – has launched an investigation.

It has approached the Inter-Parliamentary Alliance on China, which initially received the leaked database from a dissident source, about the details of those workers on the database.

The database also features the names of employees of Huawei, the controversial Chinese telecoms firm that has been banned from involvement in Britain’s 5G mobile network due to security concerns.

Critics of the Beijing regime under President Xi Jinping say the list of CCP members underlines the scale of China’s malign influence across British life.

Writing in this newspaper last week, former Tory Party leader Iain Duncan Smith, a member of IPAC, said: ‘This investigation proves members of the CCP are now spread around the globe, with members working for some of the world’s most important multinational corporations, academic institutions and our own diplomatic services.’