Several others have been forced into isolation after the CMFEU headquarters was declared a Tier 1 Covid-19 exposure site.

Union officials have blamed ‘the reckless and irresponsible behaviour’ of protesters who stormed the building on Monday.

‘Last week’s protests put union officials and police at risk with infected demonstrators showing no regard to the wellbeing of people affected by their actions,’ Mr Setka said in statement on Wednesday. 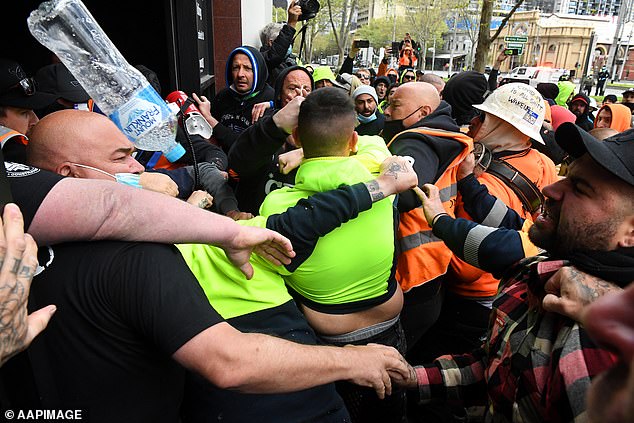 ‘Their reckless behaviour has resulted in transmission to union staff and officials who were not involved in the protest. To date, four positive cases have been recorded.’

‘This outbreak caused by the disgusting behaviour of selfish and reckless people with no regard to the wellbeing of the thousands of construction workers or their families will not deter our commitment to getting construction back open and all our members back to work,’ the statement continued.

Violent scenes in Melbourne erupted on Monday when construction workers angry about vaccination mandates mobbed the headquarters of the Construction, Forestry, Maritime, Mining and Energy Union (CFMEU) in the CBD. 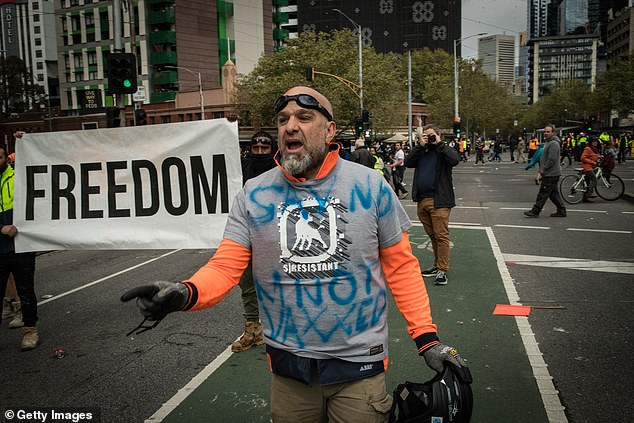 2,000 protesters stormed the city on Tuesday angered by the snap shutdown of the construction industry (pictured) 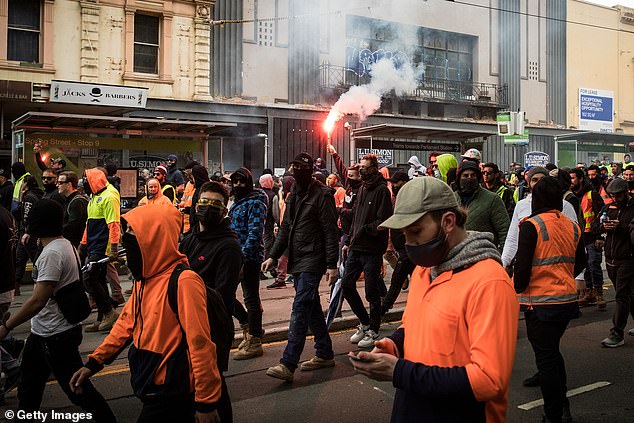 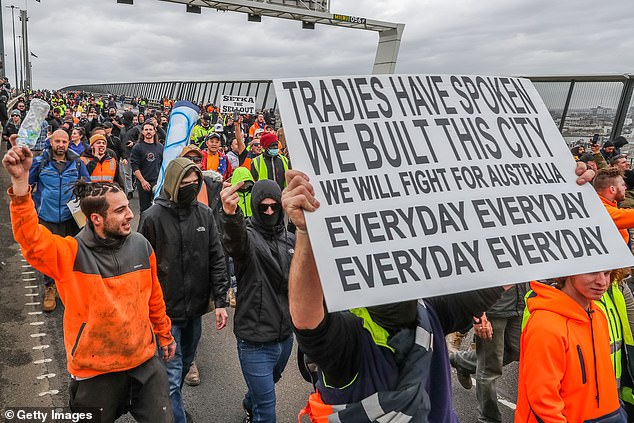 Over 300,000 plus constructions workers were left locked out of work in a snap decision that spurred further protests amid the city.

Furious protesters chased police and pelted squad cars with cans as rallies on the streets descended into chaos last week.

A Channel 7 TV reporter covering the march was assaulted by a protester and also had bags filled with urine thrown at him. 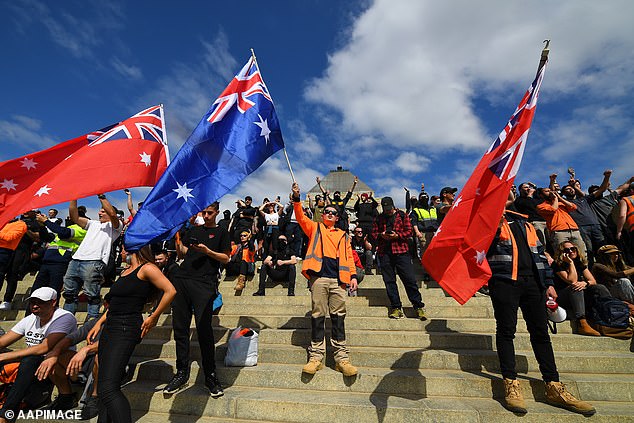 Demonstrators then marched to block the West Gate Bridge – a major freeway into Melbourne’s CBD – which brought traffic to a standstill during peak hour.

Wednesday saw yet another protest, with one man later hospitalised with Covid symptoms after attending the rally.

By the end of the working week, protest numbers had reduced – but Covid case numbers in Victoria are surged. 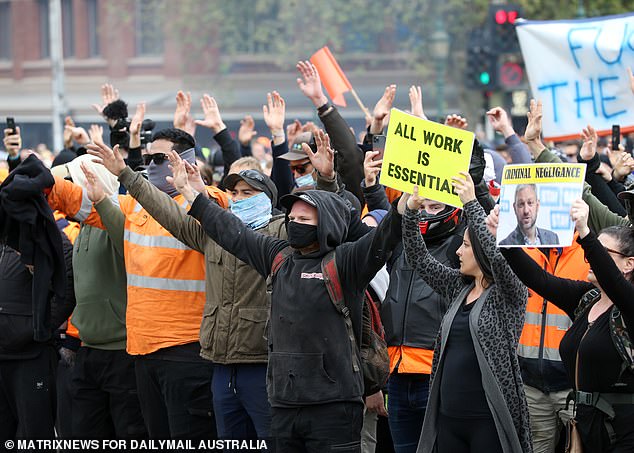 How the protests unfolded:

2,000 protesters angered by the shutdown of sites across Metropolitan Melbourne, Geelong, the Surf Coast, Ballarat and Mitchell Shire march through the city.

Anti-vaxxer protesters chased police and pelted squad cars with cans as as they gather outside Victoria’s Parliament House.

They march to block the West Gate Bridge – a major freeway into Melbourne’s CBD – bringing peak hour traffic to a stand still.

Riot police move in to shut down dozens of people marching along Elizabeth and Collins streets.

400 protesters descend on Victoria’s Shrine of Remembrance in a three hour stand off with police, chanting ‘lest we forget’.

Victoria Police ramp up measures to stop protesters gathering including an attempt to stop television crews from live streaming from outside construction union CFMEU’s headquarters.

Two Melbourne vaccination hubs were forced to close after workers were spat on by anti-vaxxer protesters.

Riot police were deployed to Northcote Plaza shopping centre where 31 arrests were made.

200 demonstrators descend on St Kilda foreshore for the ‘Millions March for Freedom’ rally.