Socceroos star Andrew Redmayne did hours of intensive research into how Peru’s players take penalty shots before his heroics put the Socceroos into the World Cup on Tuesday morning, he has revealed.

The goalkeeper has suddenly become Australia’s most famous sportsman after his crucial save kept Alex Valera’s shot out of the net – and untold hours of study helped him know which way to go when boot was put to ball.

‘We watch video footage religiously of where they [penalty shots] go, historically,’ he told the Today show.

‘I’ve watched any of the penalties that any Peruvian player has ever taken on.

Redmayne begins the wild celebrations with teammate Aziz Behich after his history-making save. He’s revealed the immense amount of research he did before the penalty shootout 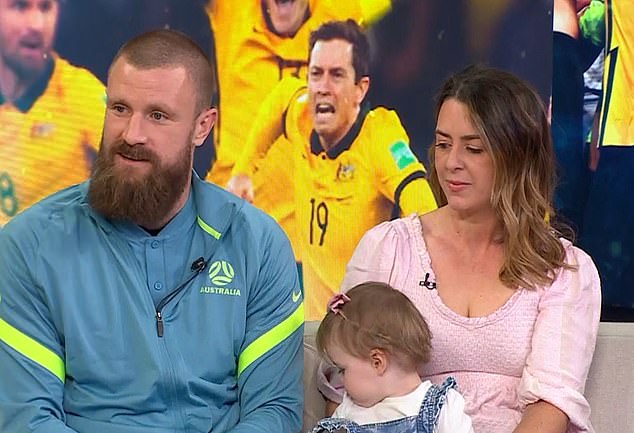 ‘We had a meeting on game day and set in stone that I was going to my right and he [Valera] has taken three penalties in his career. One’s gone down the middle and he’s scored twice.’

Redmayne has earned headlines across the globe for his unorthodox approach to saving spot kicks and has been labelled the ‘Grey Wiggle’ for his habit of dancing around before the opposition takes a penalty.

Ajdin Hrustic, Jamie Maclaren and Awer Mabil all easily dispatched their spot kicks past the Peruvian keeper before Redmayne got a hand to Valera’s effort, proving the intervention to be a decisive turning point for the Socceroos. 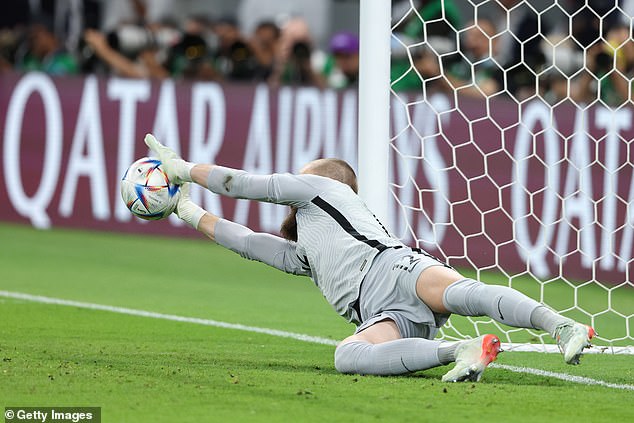 The moment Aussie soccer fans will never forget: Redmayne keeps Valera’s shot out of the net 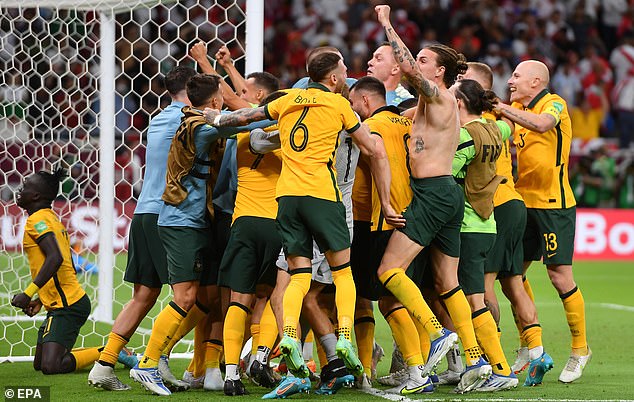 Absolute bedlam! The Socceroos go berserk after winning through to the World Cup

Socceroos coach Graham Arnold took a huge gamble by not going with skipper and first-choice goalie Mathew Ryan for the shootout, and Redmayne also revealed how news of the decision went over.

‘Matty took it like a champ,’ he said. ‘I texted Matty today because in the media rush yesterday I didn’t say goodbye to him and thank you at the airport.

‘[He’s an] absolute legend. I learned so much from him in camp and I think so much of me as a person and a player I’ve learned under his guidance in the last few camps.’

Asked about his Wiggles-esque dancing before penalty shots, he explained: ‘It’s something we came up with at [A-League side] Sydney FC.

‘If you can make a fool of yourself to try and distract the opposition, then I am more than happy to be the butt of a joke or anything, if this is the result – to get to a World Cup.’