Premier League footballers may have been bearing the brunt of recent public anger after Health Secretary Matt Hancock called for them to ‘play their part and take a pay cut’.

But now the wife of a former Conservative Party treasurer has turned the spotlight on to wealthy Tory backers — including her very own husband.

In a letter to The Times earlier this month, Lady (Penny) ­Marland recalled how when Stanley Baldwin was Financial Secretary to the Treasury in 1919, and national debt was soaring following World War I, he anonymously gave away one fifth of his fortune to help pay it off.

After her recent letter to the Times, Lady Marland (left) has now left her husband, peer Lord Jonathan Marland with quite a conundrum regarding his personal wealth

In a letter to The Times that he signed with the initials ‘FST’, he argued public figures had to show they understood the gravity of the financial situation: ‘This can only be done by example and the wealthy classes have today an opportunity of service which can never recur.’

In her own letter, Lady Marland – whose husband (Jonathan) Marland was David Cameron’s trade envoy – echoed Baldwin’s rhetoric when she wrote that: ‘Now it has recurred.’

Marland, chairman of the Commonwealth Enterprise and Investment Council, is worth a reputed £100 million, having made his money in insurance.

Will he heed his wife’s call? Will he give away one fifth of his fortune? A tenth perhaps? Oh to be a fly on the wall when Lady Marland brings it up… 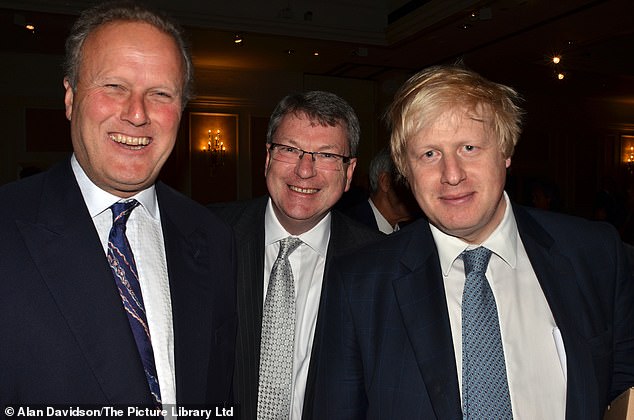 Margaret Thatcher didn’t often find herself on the back foot, but a spate of overzealous housekeeping following the death of husband Denis landed her in hot water with son Mark, according to writer, actor and former MP Gyles Brandreth.

The Iron Lady told Brandreth that she felt compelled to go through her late husband’s clothes straight away and send them to a charity shop.

Brandreth tells The Oldie magazine: ‘She did just that — only to find her son, Mark, arriving home the next day, enquiring, “What’s happened to all the clothes I left here mother? Where have they all gone?”’ 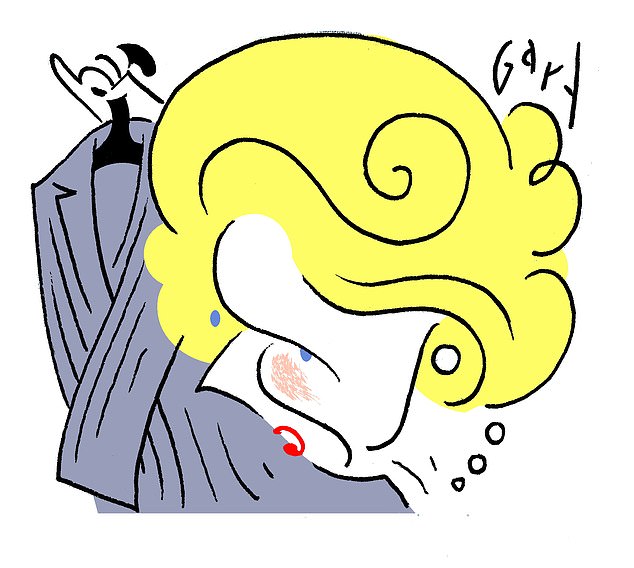 Margaret Thatcher didn’t often find herself on the back foot, but overzealous housekeeping following the death of her late husband landed her in hot water

‘Our interview with Jeremy Corbyn is ready and being released at 8pm!’ boasts The Benn Society, a Labour group named after late Lefty Tony Benn who was the ex Labour leader’s political hero.

‘We also want to send a clear message: Jeremy Corbyn may no longer be leader, but his ideas are going nowhere.’ On that, we all can agree.

The field in the ‘race’ to become new BBC Director-General is getting thinner by the day.

But why is that? What happened to high expectations of a first female Beeb boss? ‘Nobody really wants it apart from Tim,’ admits one senior figure.

David Lammy MP spent a year as the minister responsible for higher education under Gordon Brown, but when he returned to the Labour frontbench last week it was as shadow Justice Secretary.

Just as well. He’s never got over being quizzed on Celebrity Mastermind about which monarch succeeded Henry VIII. His reply? Henry V.

As the convalesces at Chequers, he would do well not to imitate the recovery regime of his great hero Churchill.

After being struck down with a serious bout of pneumonia in 1943, the bibulous wartime PM reverted to type.

According to Andrew Roberts, who has written a best-selling biography of Churchill, his fluid intake ‘included 10 ounces of champagne, two ounces of brandy, and eight ounces of whisky and sodas’.

In her excellent 2011 biography of the Prime Minister, Just Boris, Sonia Purnell wrote: ‘He is rarely ill — and does not tolerate illness in others.’ One suspects – and hopes – a U-turn will soon come on that particular policy.