Over a private lunch in his Downing Street flat three weeks ago, Boris Johnson persuaded the Cabinet Secretary Sir Mark Sedwill that it was time to stand down.

It was an amicable conversation as Sedwill had been thinking for a while it was time to move on. The burden of the job had become too great.

The Oxford-educated 55-year-old has been the most powerful – and perhaps the busiest – civil servant of modern times.

He’s the Cabinet Secretary, the head of the civil service, the national security adviser and the first to hold all three positions at once.

But he came up against arguably the most powerful unelected adviser of modern times: Dominic Cummings – Boris’s most trusted aide.

Over a private lunch in his Downing Street flat three weeks ago, Boris Johnson persuaded the Cabinet Secretary Sir Mark Sedwill (pictured together) that it was time to stand down

Only last week, Cummings paraphrased Bob Dylan to warn ‘that a hard rain is coming on Whitehall’. The civil service, he believes, is too slow, bureaucratic and has presided over ‘expensive debacle after expensive debacle’.

Cummings wrote a memo earlier this year calling for ‘weirdos and misfits’ to work in Downing Street. And Sedwill, who worked well with Boris and was popular among many colleagues, scarcely fits into that category.

‘In the end he is going because he’s been doing the job a long time, the workload was often overwhelming, and he agreed with the Prime Minister it was time for someone else to take over and for the job to be split.’

David Frost, the Government’s lead Brexit negotiator with the EU, will take on Sedwill’s security post.

Inevitably, there had been sharp disagreements. Boris, who inherited Sedwill from his predecessor Theresa May, had clashed with him over Brexit. 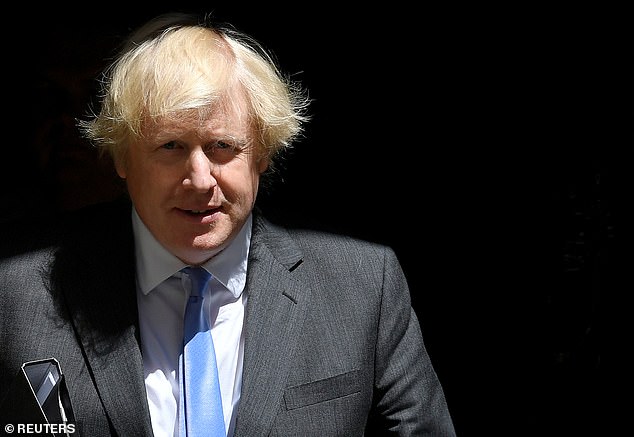 In a tense stand-off during a meeting last month, Boris (pictured) asked Sedwill: ‘Who is in charge of implementing this plan? Is it you?’ 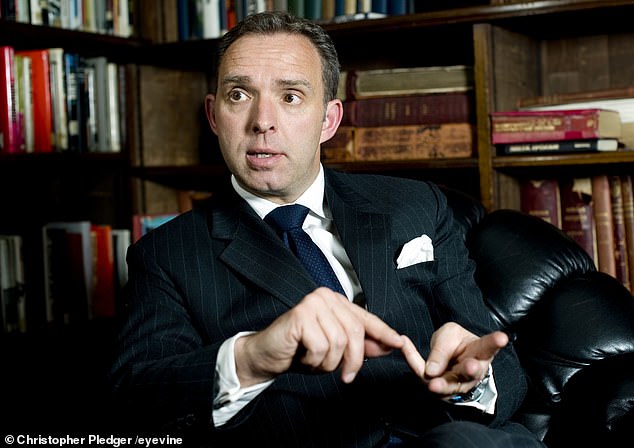 ‘Sedwill never made any secret of his opposition to a no deal Brexit,’ said a senior source. ‘We finally break free from the EU on December 31 with or without a deal. The PM wants someone at his right-hand side who is okay about leaving with no deal.’

One senior minister said that many would be sorry to see Sedwill go, adding: ‘I like Mark. He’s clever, he’s got a good sense of humour and he’s a ‘can-do’ figure, unlike some senior civil servants. But the PM and Cummings want things done differently. It’s why his successor may be from outside Whitehall.’

Boris also clashed with Sedwill, who fell ill with coronavirus at the same time as the PM, over the strategy for lifting lockdown.

In a tense stand-off during a meeting last month, Boris asked Sedwill: ‘Who is in charge of implementing this plan? Is it you?’

After a long pause Sedwill replied: ‘No I think it’s you, Prime Minister.’

Even Sedwill’s admirers concede that at times he was overwhelmed by his workload.

‘Being the national security adviser is a huge job. But Sedwill went on a power grab, was indulged by Theresa May who let him do all three jobs, and he’s now paying the price,’ said a Whitehall official.

Yet it all could have been so different for Sedwill, who studied at St Andrews University in Scotland and gained a masters in economics at Oxford’s St Edmund Hall.

In an interview he once said that his time working as a scuba-diving instructor after graduation ‘almost prompted me to drop out and spend the rest of my life on a beach’.

But the would-be beach bum instead joined the diplomatic service, learning Arabic to serve in Egypt, Syria, Jordan and Iraq as a UN weapons inspector.

In one of the stranger moments of his career, Sedwill was stranded in a remote part of Pakistan in 2004 after snowfall cut off all access to local roads. He ended up being the guest of honour at a polo festival, 12,000 feet up in the Himalayas. 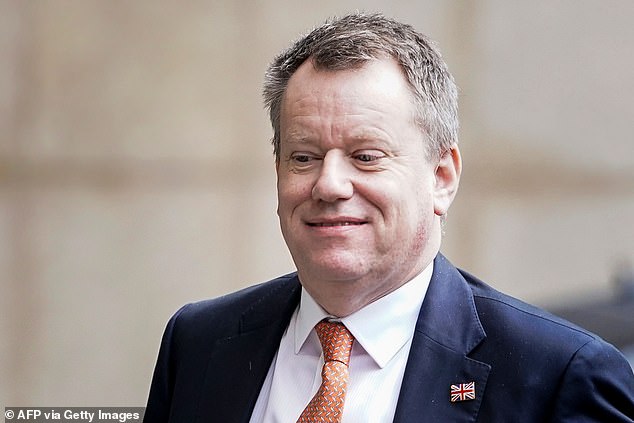 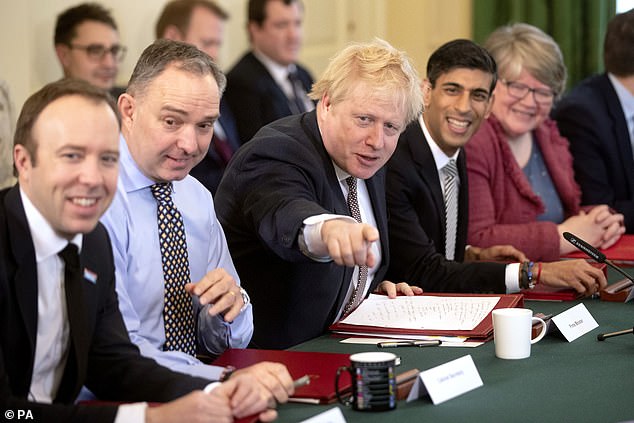 In April 2008 he became ambassador to Afghanistan and was hand-picked by Nato to act as the senior civilian representative in Kabul.

His uniform was a bulletproof flak jacket and a helmet rather than a suit and tie. With a strong security background, he doesn’t flinch from conflict. ‘Given his experience in Afghanistan, Mark would take a gun to a knife fight,’ said one Whitehall admirer.

When the Cabinet Secretary Sir Jeremy Heywood died in 2018, there was no doubt who would replace him.

Downing Street never even advertised the job – it always had Sedwill’s name on it.

He relished the power and wielded it ruthlessly. The former defence secretary Gavin Williamson was fired for a leak from the National Security Council over plans to allow Chinese telecoms giant Huawei to help build the UK’s 5G network.

Sedwill demanded his scalp. A source said: ‘Mark worked so closely with the military and intelligence service, some of us wonder if he had been a spy when he was in the Middle East.

‘He is intensely serious, despises leaks and leakers as Gavin Williamson discovered. With just one look, his officials know if he doesn’t like what they’re serving up.’

Brought up in a village in Lincolnshire, he was grammar-school educated and has been married for 20 years to Sarah-Jane. They have one daughter and live in south-west England where he enjoys snorkelling.

He is chairman of the Special Forces Club in Knightsbridge, which is popular with the intelligence services and the crack SAS regiment. No wonder he has such a tough streak.

On a wall in his Whitehall office there is a striking photograph of a lifeboat battling stormy waters.

As he is eased out of his post as Cabinet Secretary, Sedwill may well be hoping to enter a calmer period in his life.