EXPRESS INFORMER > News & Politics > ANDREW DOYLE: JK Rowling row shows how Britain is in the grip of a frightening new kind of religion

Every day there seems to be a new entry into the lexicon of social justice to add to the already burgeoning list that includes ‘no- platforming’, ‘trigger warnings’, ‘hate speech’ and ‘cultural appropriation’. One of the latest is the barb directed at author J. K. Rowling, who has been accused of being ‘radicalised online’. This alarmist phrase – previously associated with jihadi terrorists – brings to mind all manner of transgressions. Had she joined a fanatical death-cult, or endorsed a national policy of eugenics, or embedded subliminal Nazi propaganda into her forthcoming new children’s book?

No. Rowling’s so-called ‘radicalisation’ is her belief that there are biological differences between men and women.

‘If sex isn’t real,’ she had said, ‘there’s no same-sex attraction. If sex isn’t real, the lived reality of women globally is erased. I know and love trans people, but erasing the concept of sex removes the ability of many to meaningfully discuss their lives. It isn’t hate to speak the truth.’

The Harry Potter author has since been targeted with a torrent of vitriol, much of it aggressively misogynistic. The ferocity increased after she published a measured and compassionate 3,600-word blog in which she fully explained her position. She wrote that her involvement in the trans debate had originated in her experiences as a victim of domestic abuse and that she was worried about the possibility that single-sex spaces for women might be compromised if a man can simply declare himself to be female.

Whether one agrees with her or not – and millions do – it would be myopic not to accept that these are legitimate concerns. At the very least, we should be able to have an adult conversation. Unfortunately, prominent social justice activists have decreed that rational debate is a form of violence.

The mantra that ‘trans women are women’ has become a clarion call, echoed most shamefully by the three main stars of the Harry Potter movie franchise: Daniel Radcliffe, Emma Watson and Rupert Grint.

Tragically, this is what happens when slogans are substituted for serious thought. For most people, the furore over Rowling’s comments is inexplicable. It is only in recent months that the culture war has exploded into the mainstream, and many of us are struggling to keep up.

Why has declaring the truth become such a subversive act? How have we reached the point where artists and writers, the most outspoken members of society, are so often intimidated into silence?

In trying to make sense of the Rowling controversy, it is important to realise that this is part of the broader problem of a new and pervasive ideology that promotes ‘social justice’ and which is a direct threat to freedom of speech and liberal values. It is perhaps best understood as a kind of religion. It demands moral purity and brooks no dissent. It seeks to control public discourse by deeming certain words and ideas ‘problematic’ or supporting legislation against ‘hate speech’. It advances a modern-day equivalent of Original Sin in the form of concepts such as ‘systemic racism’, ‘whiteness’ or ‘unconscious bias’: unproven theories that are nonetheless asserted as truth. 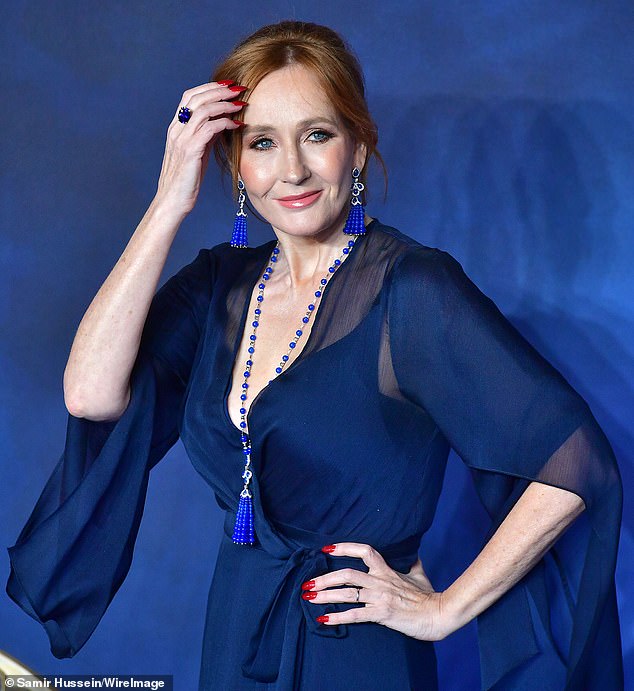 TAKING A STAND: J. K. Rowling has refused to back down to critics

Although heretics are unlikely to be burned at the stake, its inquisitors are convinced that non-believers must convert for their own good. In other words, it empowers its disciples to feel a sense of righteousness even as they are engaging in the most unempathetic and cruel behaviour.

One of its weapons is something known as ‘cancel culture’ – a system of public humiliation which frequently leads to the targets losing their means of income and becoming social pariahs. More often than not, those who are ‘cancelled’ feel obliged to issue a grovelling apology, which rarely succeeds in placating the mob. Once they’ve tasted blood, the appetite is insatiable.

The extent of the rage against Rowling can be partly explained by the fact that the ‘social justice’ bullies have grown accustomed to getting their own way. They cannot comprehend the idea that one of their victims might refuse to apologise or to kowtow to their superior authority, or retreat entirely from public life.

As an author whose novels have sold at least 500 million copies worldwide and grossed £6 billion, Rowling cannot be cancelled, and so the tactic has limited efficacy.

In truth, many trans people have offered their support to Rowling and are understandably anxious about the way in which extremists are claiming to speak on their behalf. 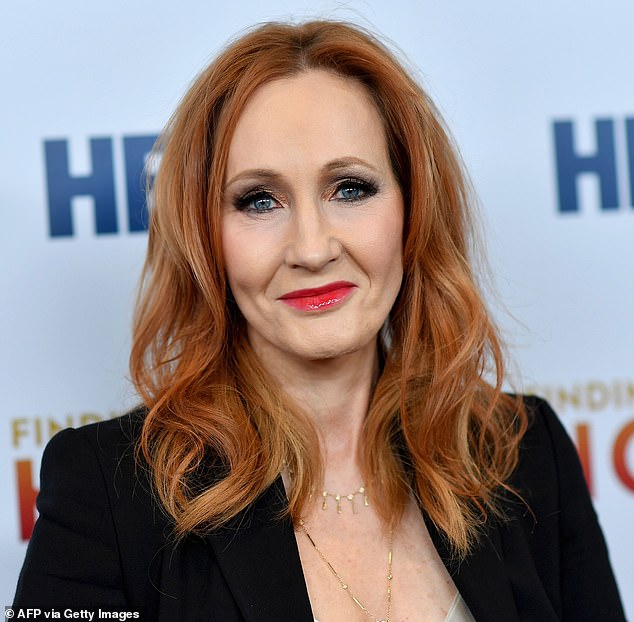 ‘Rowling’s so-called ‘radicalisation’ is her belief that there are biological differences between men and women,’ says Andrew Doyle

Trans writer and YouTuber Blaire White released a video in which she pointed out that the vast majority of trans individuals accept that sex differences are innate and immutable. ‘Biological sex exists,’ she wrote. ‘Without it, there is no such thing as being trans.’

The 26-year-old American has observed that many of those attacking Rowling are not trans themselves, but are so-called ‘trans allies’.

One of Rowling’s more vociferous critics is the actor George Takei (who played Mr Sulu in Star Trek), who has claimed that ‘When you defend so-called “biological sex” you sound scientifically ignorant and you elevate transphobia’. It goes without saying that Takei’s denial of reality would see him fail the most rudimentary of courses in human anatomy.

Apart from the trans issue, we have recently seen the rule of law flouted by groups who are determined to assert their worldview by force, and sow racial division in the name of anti-racism.

The reluctance of the Government – led by a Prime Minister who has often spoken of the need to ‘uphold the values of liberalism’ – to openly defend those principles tells us all we need to know about the power that such activists now wield. This new religion has even infected our major cultural institutions. Many of its acolytes occupy leading roles in higher education, the arts, the law, the mainstream media and the managerial classes. 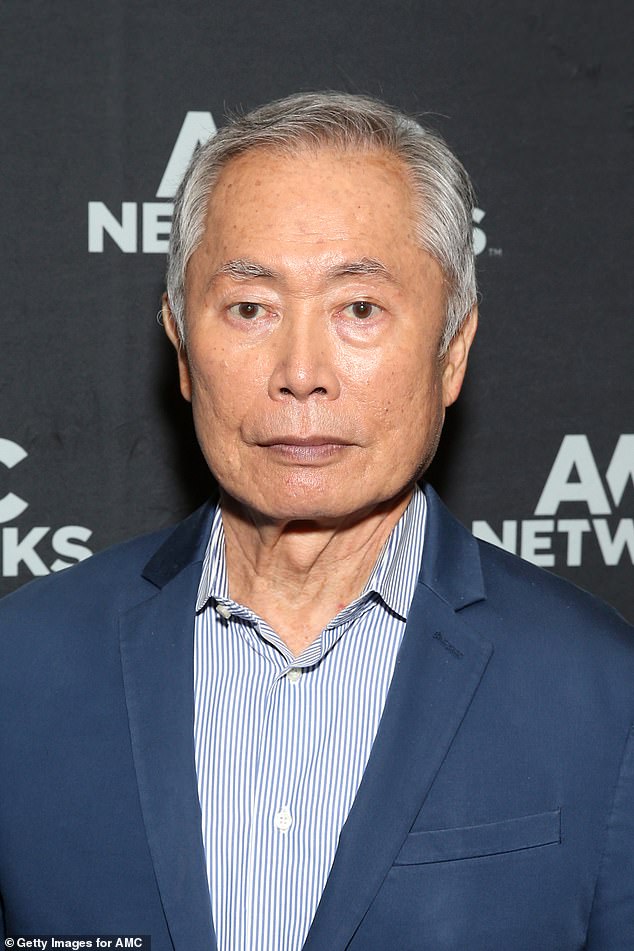 One of Rowling’s more vociferous critics is the actor George Takei (pictured) (who played Mr Sulu in Star Trek), who has claimed that ‘When you defend so-called “biological sex” you sound scientifically ignorant and you elevate transphobia’

This is why celebrities, broadcasters, corporations, quangos, universities, HR departments and law enforcement agencies tend to be far more ‘woke’ than the average member of the British public.

This disparity has led to a general mistrust of authority figures and an atmosphere of conformity in which many people feel afraid to challenge the new orthodoxies.

With so many losing their jobs, investigated by the police or harassed online for expressing commonly held opinions, it is hardly surprising that most of us are learning to keep quiet.

The policies of our public broadcaster are now driven by this mindset. The BBC has recently committed to spending £100 million on improving diversity in television even though, according to the most recent survey from the Creative Diversity Network (of which all UK broadcasters are members), ‘those who identify as female, transgender, BAME and lesbian, gay or bisexual (LGB) are all represented at levels comparable with (or above) national population estimates’. In other words, the BBC is spending a significant amount of licence-payers’ money to resolve an imaginary problem. In addition to this obsession with diversity and representation, broadcasters and publishers are becoming more risk-averse when it comes to the possibility of causing offence.

Many publishing houses have ‘sensitivity readers’ to scour books for any signs of material that might be considered offensive to minority groups. In doing so, they are implicitly endorsing the patronising notion that minorities are in need of their protection. No amount of homophobia in a novel is likely to offend me more than the prospect of woke publishers deciding what gay people such as myself should and shouldn’t read.

We have seen further evidence of this suffocating worldview in the recent removal of some comedy shows from streaming services such as Netflix and BBC iPlayer. Episodes of Little Britain, The Mighty Boosh and The League Of Gentlemen have been booted down the memory hole, with more to follow. 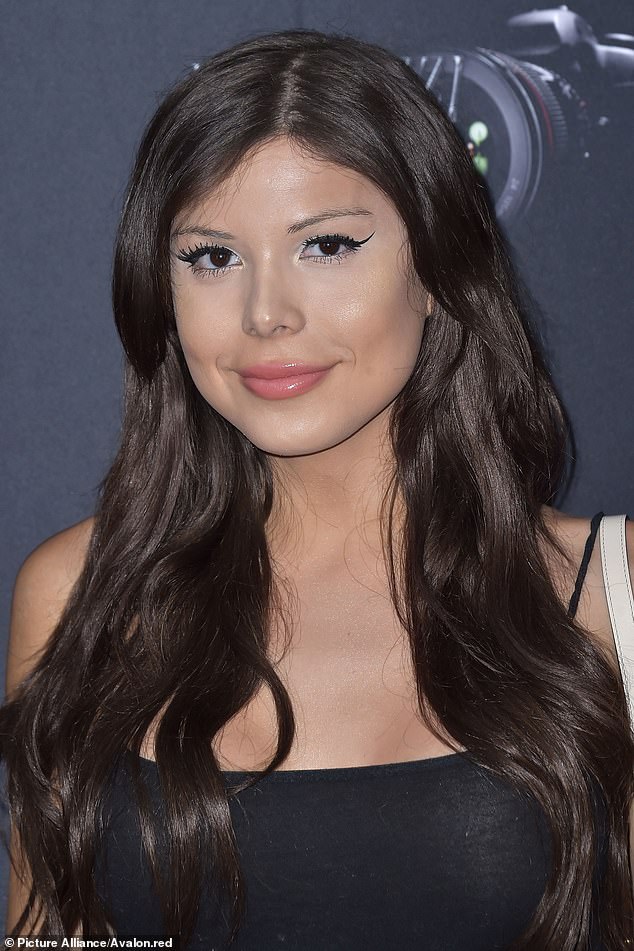 Sky Cinema has introduced warning labels to films deemed to have ‘outdated attitudes, language and cultural depictions which may cause offence today’, including Breakfast At Tiffany’s, Gone With The Wind and, most baffling of all, the sci-fi epic Aliens, because it features a white actress wearing extensive make-up to play a Hispanic character. None of which amounts to a crisis of mass censorship, of course. The true threat to free speech in the arts is the pressure that creatives now feel to self-censor for the sake of their careers.

Rowling is in the privileged position to be able to speak her mind, but only because she is so well established. That is not to downplay the courage she has shown in the face of such sustained abuse, but there is little these zealots can do to ruin her life and reputation.

Admirably, the publishing house Hachette which is due to release her latest book, The Ickabog, in November, has faced down internal complaints from members of staff. And after four authors parted ways with Rowling’s literary agency (the Blair Partnership), it put out a statement to assert its belief in ‘freedom of speech for all’. It added that it refuses to acquiesce to the protesting authors’ demands ‘to be re-educated to their point of view’.

One cannot help but wonder whether such a stance would be maintained had Rowling been a less lucrative author. 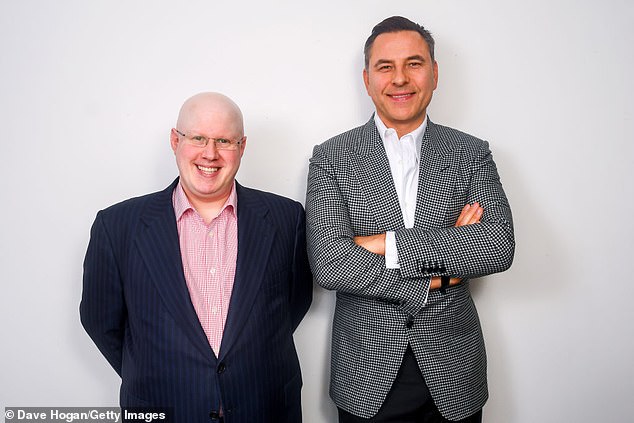 Doyle says: ‘Episodes of Little Britain, The Mighty Boosh and The League Of Gentlemen have been booted down the memory hole, with more to follow.’ Pictured: Comedians Matt Lucas and David Walliamswho creators of Little Britain

For some social justice activists, ‘silence is violence’. The answer to social injustice is not merely preventing certain forms of speech, but compelling people to speak up and say what they may not actually believe, which is only ever likely to generate resentment.

As for the arts, I fear the future looks bleak. While too many gatekeepers of the creative industries remain frightened of online activists, they will always think twice about offering a platform to those with an unfashionable perspective. How ironic that their apparent zeal for diversity does not seem to extend to diversity of opinion. Ultimately, this is guaranteed to produce a kind of cultural stagnation, which is surely in no one’s best interests.

Of course, social justice activists should be free to make their appeals as rudely or provocatively as they please, but that does not mean that they are always right. There is the temptation, though, in the short term to capitulate to their demands, but this would simply store up trouble for the future. As Winston Churchill said: ‘Each one hopes that if he feeds the crocodile enough, the crocodile will eat him last.’

We are rapidly approaching a very important point at which those of us who still care about liberal values will have to fight for them.

Nobody can flourish in a climate of ideological conformity and this is as true for artists as it is for everyone else. Rowling deserves our support for refusing to genuflect before the high priests of social justice. If we do not learn from her example, it won’t be long before the crocodile turns on us.