Andie MacDowell wowed at the premiere of her new Hallmark series The Way Home.

The acting icon, who has been proudly flaunting her silver tresses as of late, worked her natural hair color and a beaded suit as she attended the series premiere in New York on Wednesday.

The upcoming show chronicles three generations of a family after one woman reunites with her mother following a years-long estrangement.

Looking good! Andie MacDowell wowed in a chic black suit as she attended the premiere of her new Hallmark series The Way Home

The Groundhog Day star looked radiant with a dashing of rosy blush, fresh slick of lip gloss, and a smoky eye for a touch of drama.

The Hollywood vet exuded confidence as she struck an array of poses ranging from modelesque to silly.

She shared the spotlight with her The Way Home co-stars, Chyler Leigh and Sadie Laflamme-Snow.

Curl power! She displayed her stunning natural silver hair as she posed up a storm on the red carpet

Chyler took the red carpet by storm in a black sequined mini dress belted into her waist. She topped it all off with a leather button down shirt and heels.

She worked a voluminous yet bouncy hairstyle that was swept across her head in a dramatic side part.

Sadie was the epitome of glam in a taupe strapless dress embellished with a floral design. She displayed her legs as she posed in platform heels and a tiny boxy purse in hand. 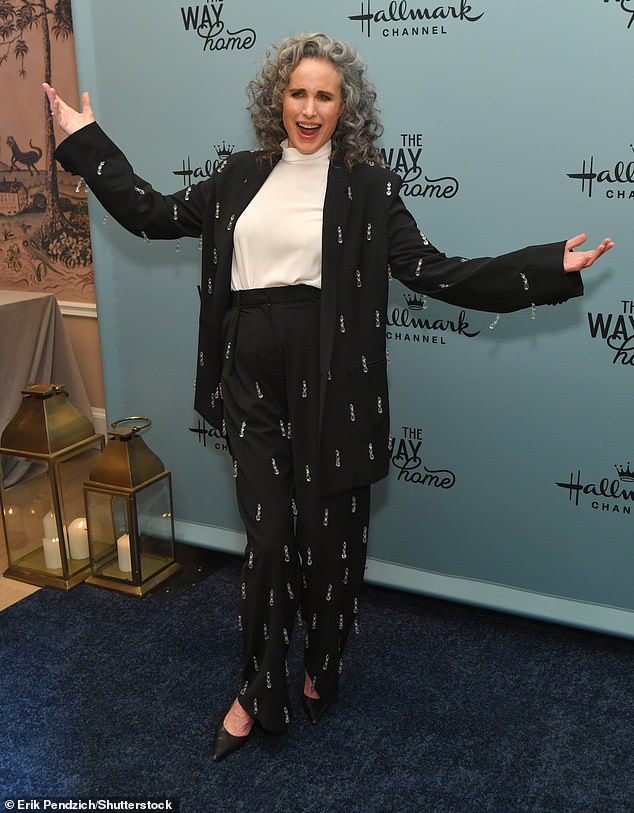 Picture perfect! She displayed her fun-loving side as she struck a light-hearted pose

It comes as Andie revealed that she feels much ‘more comfortable’ with the more natural look, admitting she really likes it.

The Four Weddings and A Funeral star also shared that she would rather age naturally, explaining: ‘I truly want to be where I am and look my age’.

Talking to The Times in a recent interview, the actress explained her relief over the positive response she received for embracing a grey haired look. 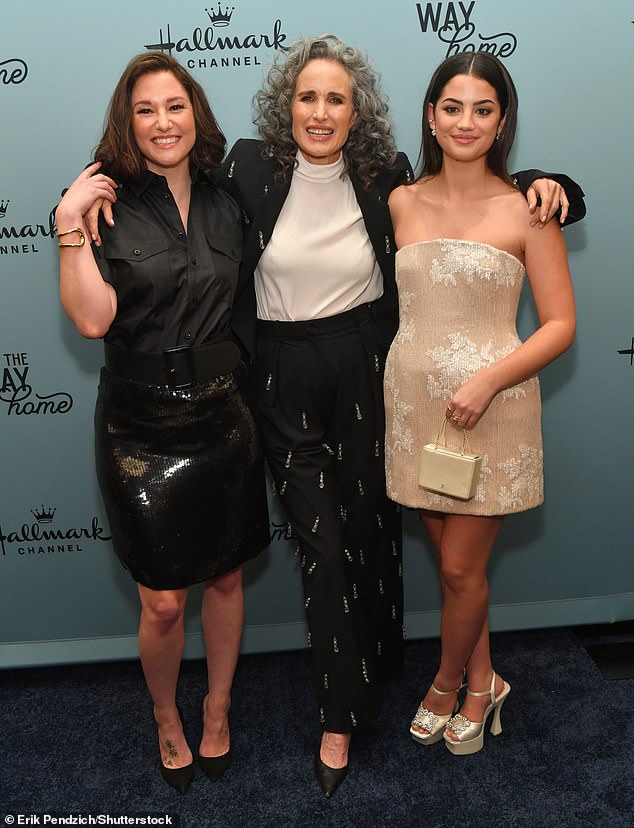 With her girls! The Groundhog’s Day star posed with her co-stars, Chyler Leigh and Sadie Laflamme-Snow

Coming soon: The upcoming show chronicles three generations of a family after one woman reunites with her mother following a years-long estrangement

‘I was relieved people weren’t cruel. They could have been mean to me. But everybody was very loving and kind and I was relieved because I really like it. I feel more comfortable,’ she told the publication.

Andie also detailed that she took the plunge despite being told not to make the change, as people around her ‘strongly advised against it’.

Explaining: ‘People kept saying to me, “It’s not time,” but I disagreed. I was kowtowing to everybody else’s beliefs, but I truly want to be where I am and look my age.’ 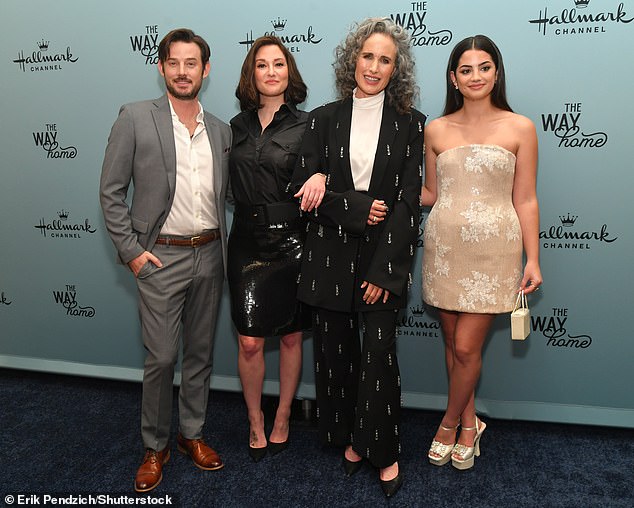 Co-stars! The leading ladies were joined by co-star Evan Williams

Back in 2021 when she debuted the ‘salt and pepper’ look hair, she explained that her daughters even thought she looked like a ‘bada**’ during an appearance on The Drew Barrymore Show.

The actress has embraced ageing gracefully, despite admitting to considering cosmetic surgery on her ‘droopy eyelids’ – but decided against it when a facialist dubbed them ‘perfect’.

Further during her chat with the times, the actress jested: ‘Don’t look at yourself in a bad light. Explaining: ‘I just don’t have very many mirrors around. The ones in my bathrooms all have great lighting’.

Andie’s new show The Way Home will premiere on Hallmark on January 15 at 9/8c. 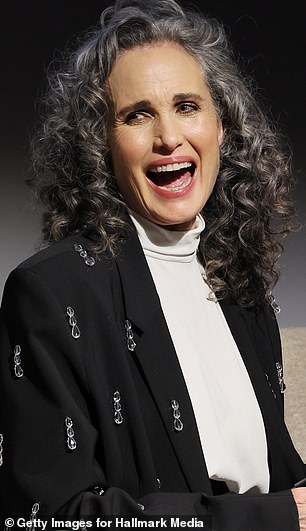 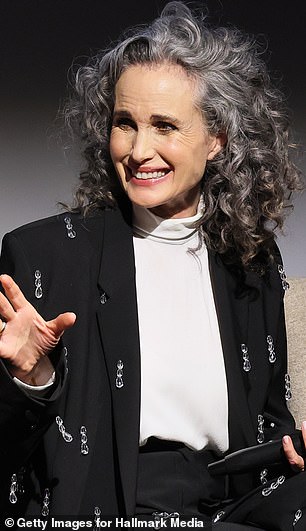 Crowd pleaser! Andie beamed with delight as she spoke on stage 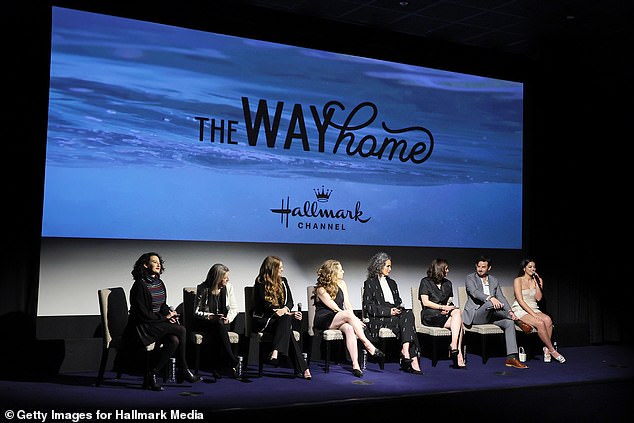 Cast of characters! MacDowell was joined by her co-stars and others on stage

Home is where the heart is: Andie’s new show The Way Home will premiere on Hallmark on January 15 at 9/8c