And now we go to… ROBBIE SAVAGE? Ex-Leicester and Wales star makes an unexpected appearance at No10 press conference with question on why country is allowed to play golf and tennis but not football

Ex-Premier League star Robbie Savage made an emotional appeal for young footballers to be allowed back into training today as he made a surprise appearance at the daily Downing Street press conference.

The former Leicester and Wales ace, 45, highlighted the mental health benefits of grassroots juniors being at least able to receive coaching during the coronavirus lockdown.

Mr Savage, a combative midfielder turned media pundit, contrasted the rules for footballers for those with middle class pursuits like golf and tennis, which have been cleared to restart.

He asked whether ‘we will have to wait for a vaccine’ before park football and other non-professional games get the go ahead.

Health Secretary Matt Hancock, who was chairing the press conference, replied: ‘I very much hope we will not have to wait for a vaccine.’

But chief medical officer for England Professor Chris Whitty suggested members of the public may have to play football with rule changes until a vaccine is found.

He told the briefing that having a vaccine on a widespread scale before next year is ‘very unlikely’, adding: ‘So I definitely hope that football will be available – possibly with some degree of change of how it’s played, there may have to be some ways we think it through – in advance of a vaccine.

The former Leicester and Wales ace, 45, asked whether ‘we will have to wait for a vaccine’ before park football and other non-professional games get the go ahead 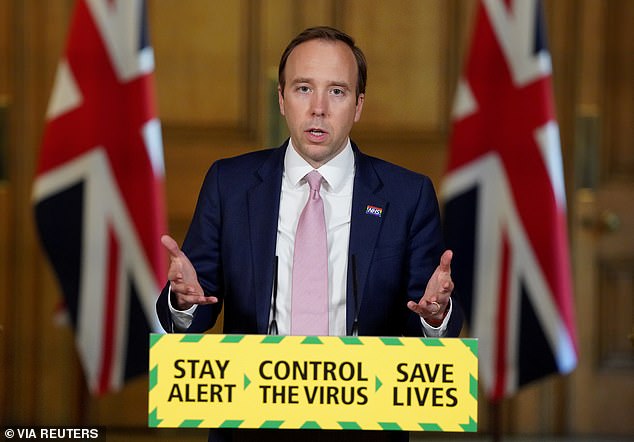 Health Secretary Matt Hancock, who was chairing the press conference, replied: ‘I very much hope we will not have to wait for a vaccine’

‘My very strong hope, and I’m sure this is a strong hope of everybody’s, is football is (back) well before we get right out to that right-hand end of that path.’

Mr Savage was able to ask a question in his role as a newspaper columnist. he also added that he was a ‘grassroots football coach’.

He asked: ‘It’s mental health awareness week and we all know how important all sport is as a contributor to achieving healthy minds and bodies.

‘Why, therefore, is it that in published guidelines by governing bodies that junior tennis players, golfers and athletes are able to receive one-on-one coaching sessions, but young people who play the working class game of football are currently not allowed to?’

So I get it, I understand why it is a problem. Unfortunately these rules have to be in place among the population as a whole because we have got to get a grip of this virus.’

But in news that will come as a relief to thousands, Prof Whitty added that ‘within the same household a kickaround of football is fine’. 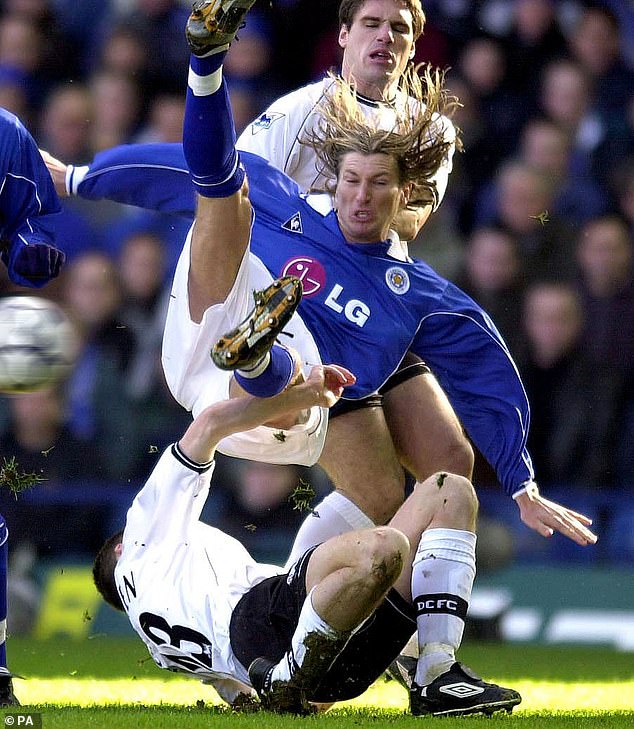 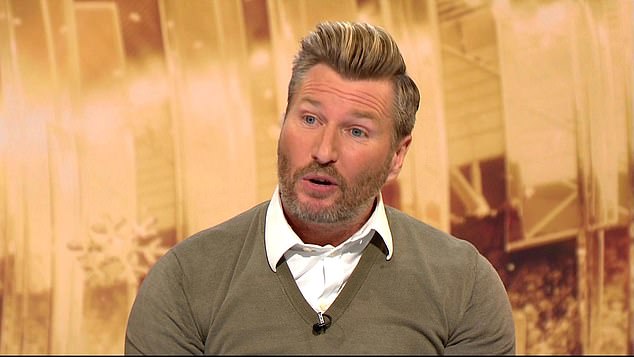 It came as Nicola Sturgeon unveiled her own ‘road map’ out of lockdown today with households set to be allowed to mix in ‘small numbers’ in their gardens from next week.

The First Minister said Scotland can take the first cautious steps towards easing the draconian curbs from May 28, suggesting the loosening will go further than has been implemented in England so far.

As long as the outbreak remains under control, outdoor exercise and some sports will be permitted, with people allowed to sit in parks and sunbathe.

There would also be a green light for households meeting up in their gardens, as long as only in ‘small numbers’ and observing social distancing rules – suggesting barbecues could be back on the agenda.