Now Roman coins really ARE a national treasure! Ancient objects dug up by metal detectorists will be reclassified to protect Britain’s heritage

Ancient objects will be reclassified as ‘treasure’ to shield Britain’s heritage amid a boom in Roman coins dug up by metal detectorists.

Items of historical or cultural value found by bounty hunters will belong to the nation under the plans, announced by ministers yesterday.

To be classed as treasure under existing rules, they must be more than 300 years old, made of gold or silver, or found with artefacts made of precious metals.

Changes to the 1996 Treasure Act will mean the description applies to any artefacts of historical or cultural significance.

It will cover items such as a bronze brooch depicting a horse, made between the second and fourth centuries AD.

Rather than being lost to the public, the artifacts can instead go on display in museums.

Ministers stepped in to change the law after a rise in the popularity of metal detecting, which has unearthed a number of Roman finds that do not meet the current treasure criteria.

Culture minister Caroline Dinenage said: ‘The search for buried treasures by budding detectorists has become more popular than ever before and many ancient artefacts now see the light of day in museums’ collections.

‘However it is important that we pursue plans to protect more of our precious history and make it easier for everyone to follow the treasure process.’ 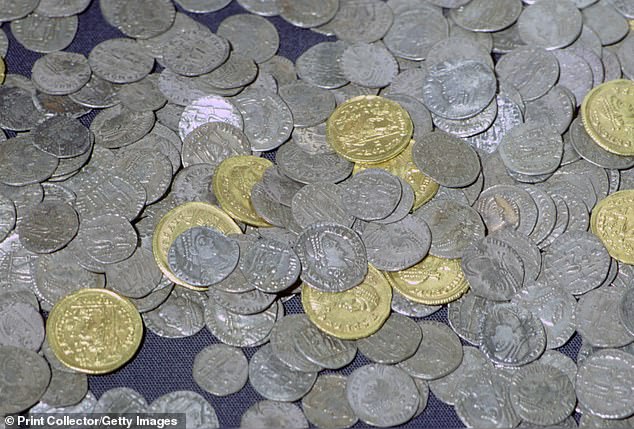 Rather than being lost to the public, the artifacts can instead go on display in museums (stock)

‘Once artifacts have officially been identified as treasure they become Crown property and can be acquired by museums.

The horse brooch is in Lincoln’s Collection Museum after its finder donated it.

But it was not classed as treasure under the current rules.

Similarly, a Roman figurine found near Chelmsford in 2014 which depicted a British person would also not have fallen under the current definition of treasure because it is made from a copper alloy.

The proposals were released as part of the Government’s response to a consultation into the Treasure Act.