Rugby league great Greg Alexander has slammed referee Ashley Klein for having ‘an absolute shocker’ after North Queensland were awarded a controversial penalty late in the game against the Tigers to seal a 27-26 win.

Trailing by a point following Starford To’a’s try with 90 seconds left in the game, the Cowboys were given an unexpected lifeline as Kyle Feldt was judged to be taken out by Wests Tigers’ Asu Kepaoa when attempting to gather the ball from the restart.

The Bunker ruled Kepaoa escorted Feldt and awarded the home side a penalty, with Valentine Holmes making no mistake from 30 metres out to send the Cowboys to outright-second on the NRL ladder.

Commentating on the game in his role as Fox League analyst, Alexander was incredulous at the decision to award the Cowboys a penalty and tore into Klein, who was the official in the Bunker.

‘Oh my god […] are you serious?’ he said. He’s had a shocker in the box today, Ashley Klein, an absolute shocker. Was he saying Kepaoa went sideways? That is garbage.

‘He [Kepaoa] is running towards the ball that’s why he went sideways. That’s a massive call from the Bunker. He’s made some strange ones this afternoon on both sides.

‘Did the referee stop play? Kepaoa is running toward the ball, he has no eyes for Kyle Feldt. I don’t think you can award a penalty. I want to hear them talk their way out of this one.’ 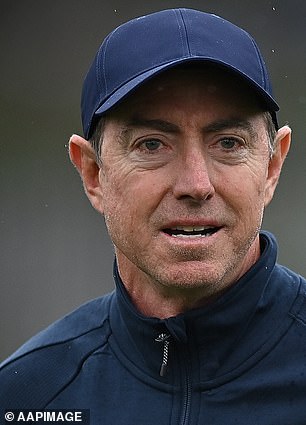 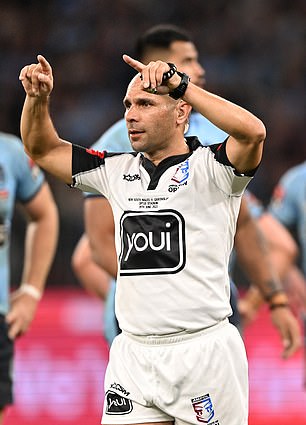 Rugby league great Greg Alexander (left) was incensed by the decision and slammed referee Ashley Klein (right), who was the Bunker official on Sunday

Adam Doueihi’s missed conversions came back to haunt the Tigers, who dominated Sunday’s contest with the in-form Cowboys far from their best.

A Holmes field goal with 10 minutes left had appeared to put the result beyond doubt, after he and fellow state of Origin representative Jeremiah Nanai bagged tries in the second half with the latter completing his brace.

But Brent Naden and To’a’s four pointers looked set to hand the Tigers their first win since round 11, and a memorable one for skipper James Tamou in his 300th NRL game, before the drama at the final siren. 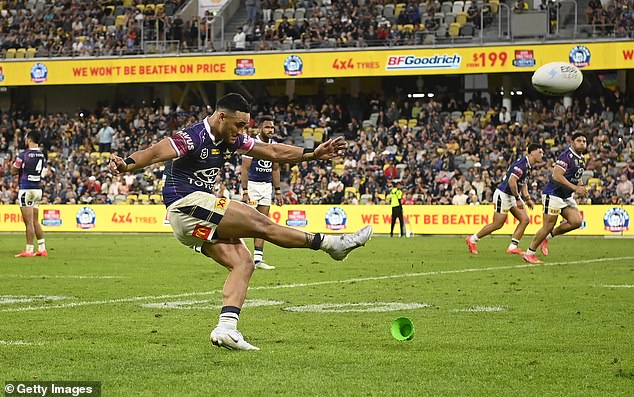 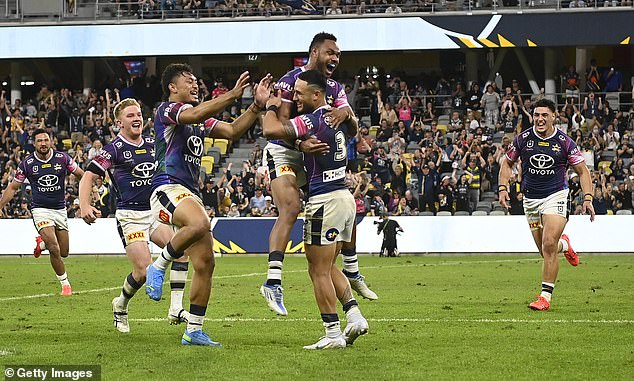 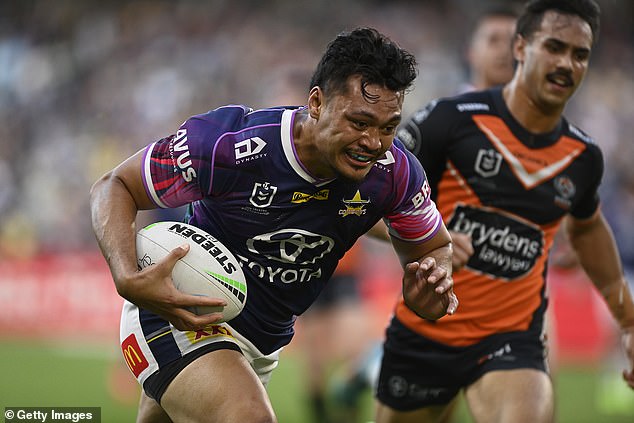 Jeremiah Nanai bagged a double for the Cowboys, who improved their record to 13-5

The Cowboys had looked on-song when Tom Dearden scored in just the second minute of his 50th NRL game, after a hulking run up the middle by Jason Taumalolo.

But five errors in the opening 20 minutes handed the Tigers the momentum and they capitalised with three tries en route to a 10-point halftime lead, the first to Naden on the left edge following great pass by Luke Brooks.

Reece Robson knocked on in the 19th minute and Fa’amanu Brown barged over from dummy-half to get the Tigers’ second, before Brooks played provider again in the 35th minute, lofting a beautiful cut-out pass to Kepaoa, who acrobatically finished in the corner. 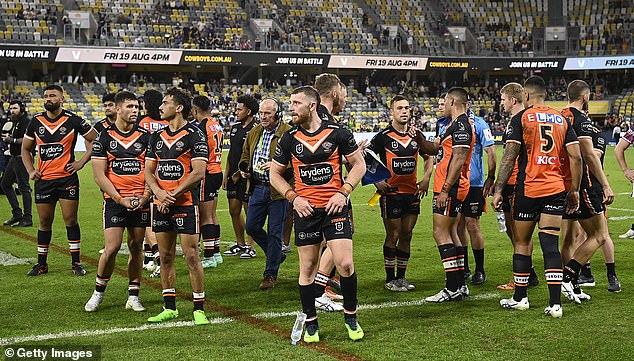 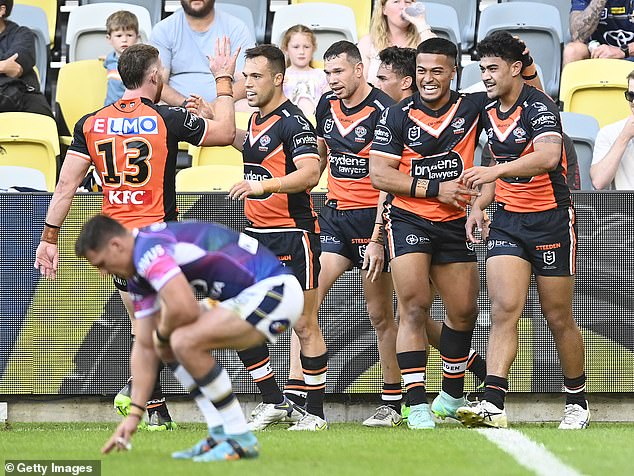 The Cowboys managed just 36 percent territory in the first half and just a 53 percent completion rate.

In contrast, the Tigers completed 83 percent of their 24 first half sets and enjoyed just shy of 60 percent possession.

Holmes’ perfect night off the boot dashed the visitors’ hopes, however, with his Cowboys surviving an almighty scare in front of their home fans.