The former home of Amy Winehouse which still acts as a shrine for the superstar singer’s adoring fans has been sold for £3.5million.

Amy, 27, who was plagued by drug and alcohol addiction was found dead on July 23, 2011, in the four storey semi-detached house in Camden, north London.

Fans of the tragic Back to Black singer held vigils outside the three bedroom house in the weeks after her death.

The four-storey Camden, North London property has become a shrine to Amy Winehouse since the singer tragically died in 2011 following a battle with alcohol and drug addiction 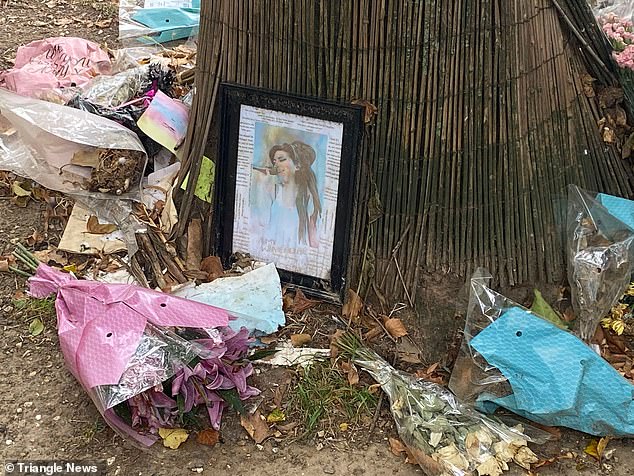 Fans often lay flowers and other tributes outside the singer’s former home, which has recently been purchased by Ben Tansey, 34, an investment analyst and a homelessness campaigner

It remains a place of pilgrimage for her admirers who often turn up on the pavement outside to pay their respects.

One recent poignant message visible on the wall this week read ‘Camden misses you’, despite it being more than ten years since Amy’s death.

Fans of the tragic Back to Black singer held vigils outside the three bedroom house in the weeks after her death.

One recent poignant message visible on the wall this week read ‘Camden misses you’, despite it being more than ten years since Amy’s death.

She only bought the house in March 2010 after moving from a smaller home nearby.

It was originally put up for sale for £2.7million by Amy’s family in May 2012, but agents were inundated with requests from fans who wanted to view it.

The singer and songwriter’s father Mitch ended up reducing the price, and it finally sold at auction for £1.98million in December 2012, surpassing the £1.8million guide price.

The house was snapped up at the auction by City entrepreneur and vineyard owner Richard Balfour-Lynn, the one time owner of the Malmaison hotel chain, and his wife Leslie.

But it has now been sold again for £3.5million to Oxford University educated Ben Tansey, 34, who is an investment analyst and a homelessness campaigner.

The sale took place last summer, but details have only just been confirmed by Land Registry records

Mr Tansey is said to have had a colourful past during his student days when he was secretary of the historic Oxford Union.

He was reported in 2007 to have been twice caught naked wrestling on a croquet lawn at the university’s Lincoln College which led to him being fined £50 by the Dean. 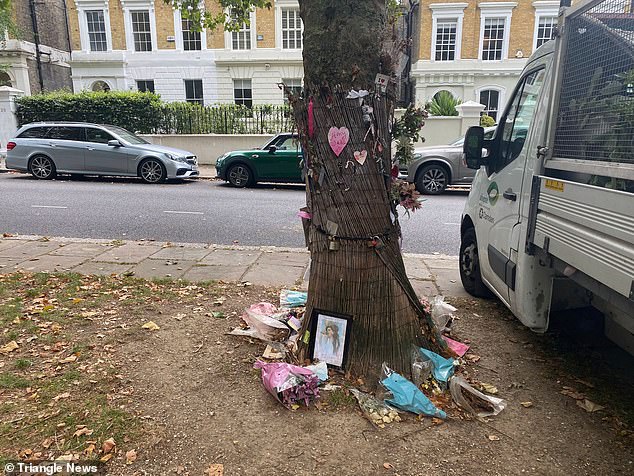 The Grammy and Brit award winner continues to attract hoards of fans to her former home where people often leave tributes and flowers by a tree opposite the £3.5million property

Mr Tansey’s wife who gave her name as Charlotte Tansey refused to comment when MailOnline knocked on their door. She asked for questions to be submitted by email.

Amy was famed for her deep, expressive vocals and her eclectic mix of musical genres, including soul, rhythm and blues and jazz.

She became a member of the National Youth Jazz Orchestra before signing to Simon Fuller’s 19 Management in 2002.

Her debut album Frank was released in 2003 and nominated for a Mercury prize.

Amy’s follow-up album, Back to Black in 2006, was an international success and nominated as British Album of the Year at the Brit Awards in 2007 where she received the award for British Female Solo Artist.

She went on to win five Grammy awards in 2008, including Best New Artist, Record of the Year and Song of the Year for ‘Rehab’, as well as Best Pop Vocal Album.

Amy battled to shake off her alcohol and drugs demons, after reportedly being introduced to heroin by her husband Blake Fielder-Civil.

She was once reported to have spent £500,000 on drugs and had spells in rehab units and hospitals.

An inquest in January 2013 heard that she died from ‘alcohol toxicity’ after apparently drinking herself to death at her home.

The star was more than five times the legal drink-drive limit when she died, with 416mg of alcohol in every 100 mls of her blood. The legal driving limit is 80mg.

Three empty vodka bottles – two large and one small – were found near her body.

St Pancras coroner Dr Shirley Radcliffe recorded a conclusion of misadventure at the hearing, saying that the singer had ‘a level of alcohol commonly associated with fatality’.

Amy’s GP, Dr Christina Romete, said she had seen her the night before her death. Dr Romete added in a written statement: ‘She specifically said she did not want to die.’

The inquest was the second hearing into her death as an earlier one had to be repeated due to the deputy coroner who conducted it being found to lack the relevant experience.

It heard that Amy had developed a pattern of abstaining from drink for weeks and then drinking heavily. She was also on medication for alcohol withdrawal.

Mr Tansey is a director of Streetlytes UK, a charity that helps the homeless move to secure affordable housing and employment.

His profile on the charity’s website states: ‘Ben joined the Board of Trustees of Streetlytes in early 2014, and is also on the Board of a London based Housing Association.

‘Ben started his career in strategy consulting (McKinsey & Company) and has since worked extensively in European real estate investment. 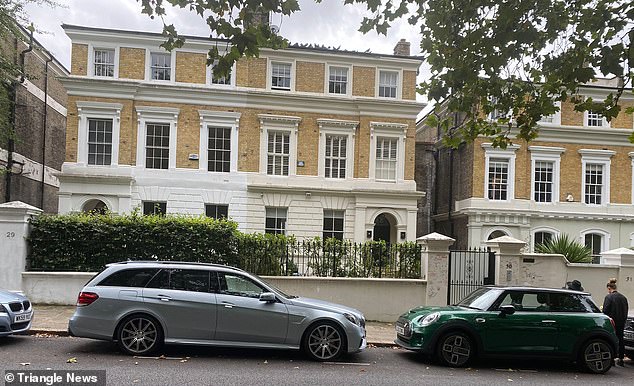 ‘Ben is committed to helping our city’s homeless and vulnerably housed, and furthering the development of more affordable homes.’

Mr Tansey has also been listed as becoming a member of the board of the Islington and Shoreditch Housing Association (ISHA) in 2016, becoming Chair of its Finance and Resources Sub-Committee.

The association’s website describes him as having ‘worked extensively in European real estate and infrastructure including the UK residential sector’.

It adds: ‘Ben grew up in North London, lives locally in Camden Town, and is committed to developing affordable homes.

‘Ben also acts as Trustee for a charity helping the homeless in West London.’

ISHA helps those on low incomes secure homes and has 2,500 properties in Hackney, Islington and Waltham Forest.