Caught red-pawed! Amusing snaps show fearless pets stealing food from their owners – and they don’t even care about being busted

It doesn’t matter how well-behaved they usually are, most pets won’t be able to resist trying to grab a bite of food when it’s left nearby.

And these amusing photos prove that some animals are very brazen when it comes to stealing treats from their owners.

From eating our cake to thieving our pizzas and slurping on our drinks, these pets, pictured on Bored Panda from across the world, don’t seem to mind being caught red-pawed.

Some of the beloved animals look shocked to have been pictured mid-mischief but others seem to be so arrogant that they continue to enjoy their meal.

It wasn’t me: This grey dog was caught red-handed tucking into their anonymous owners pizza – and there was no hiding the evidence 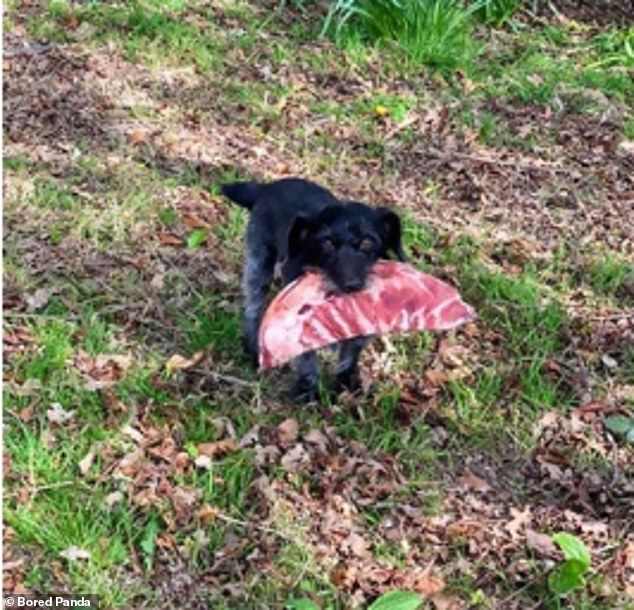 This guilty-looking dog knows it has no choice but to confess to taking someone’s ribs. It is thought the photograph was taken in America 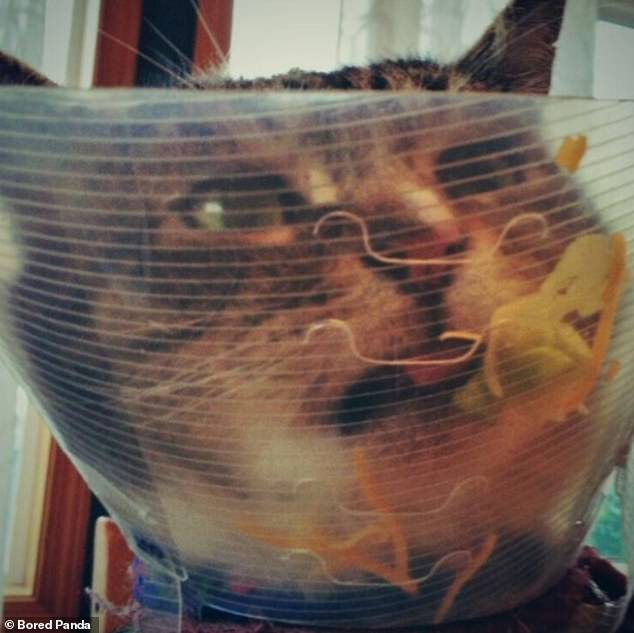 Order up! This cat, at an undisclosed location, discovered it could save their owner’s dishes in their own cone and appeared overjoyed with the find 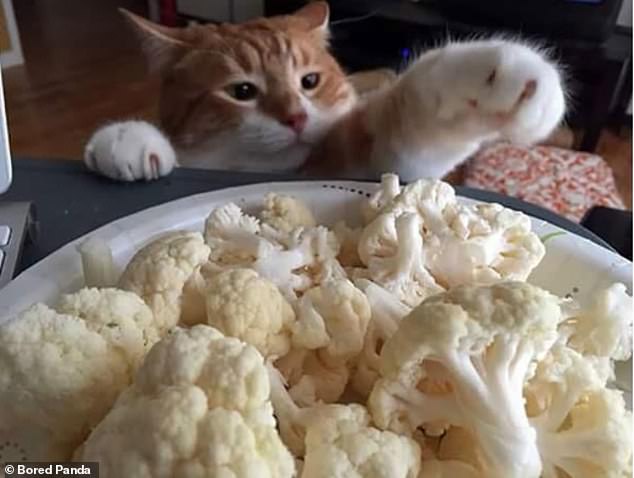 Cheeky feline: A cat, thought to be based in Britain, steals a person’s vegetables and doesn’t seem to mind being caught 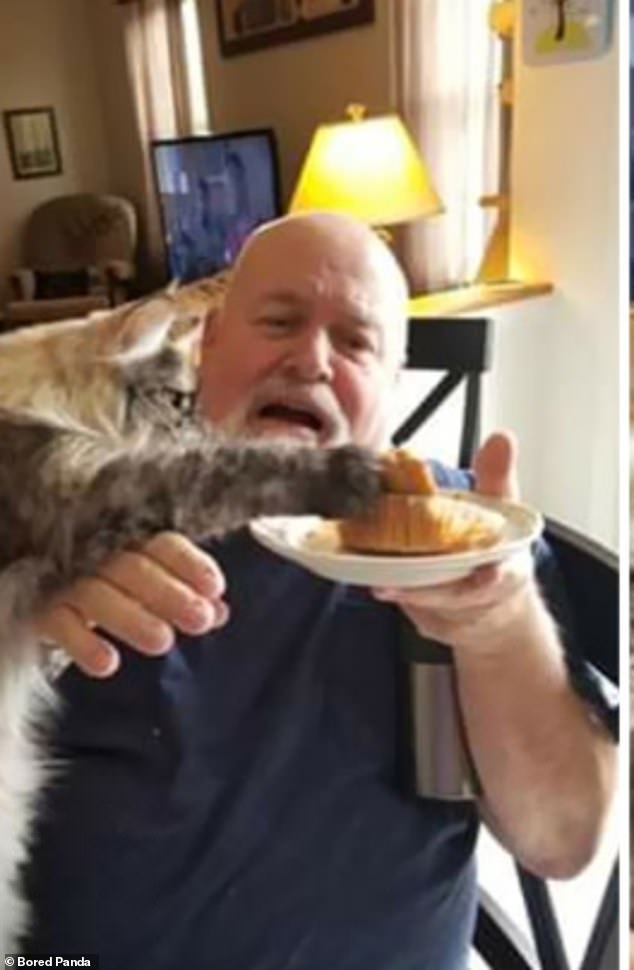 Can I have some? Not wanting food to go to waste, a furry feline decides to help it’s shocked owner finish off his cake 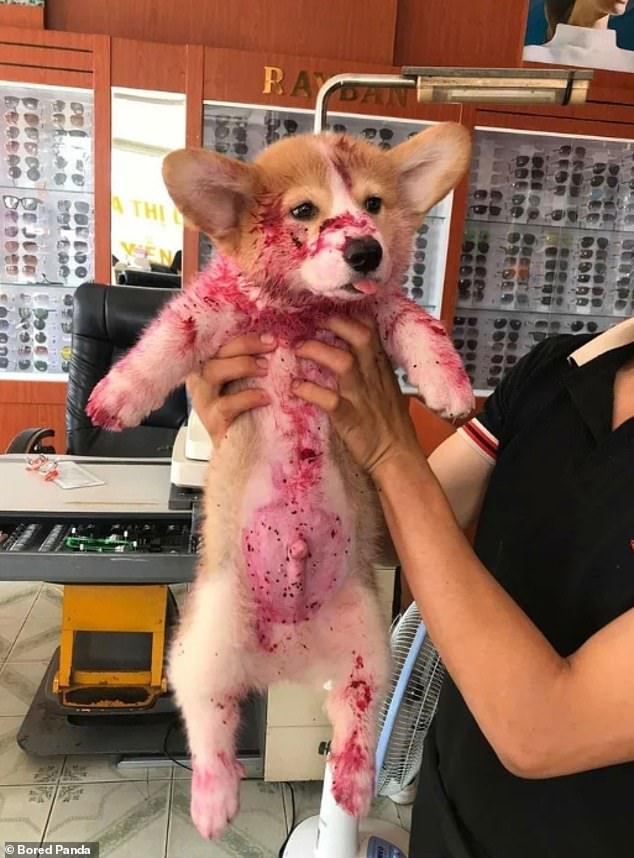 Busted: A dog, believed to be based in America, is caught covered in sauce by the camera after attempting to steal their owner’s sweet treats 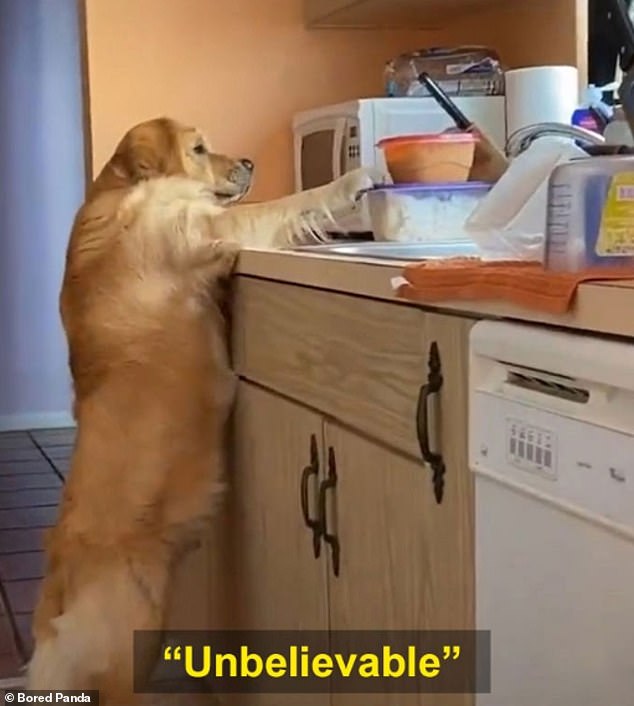 Is this mine? This shocked owner, thought to be British, discovered that when they left their lunch unattended, their dog would be sure to steal it 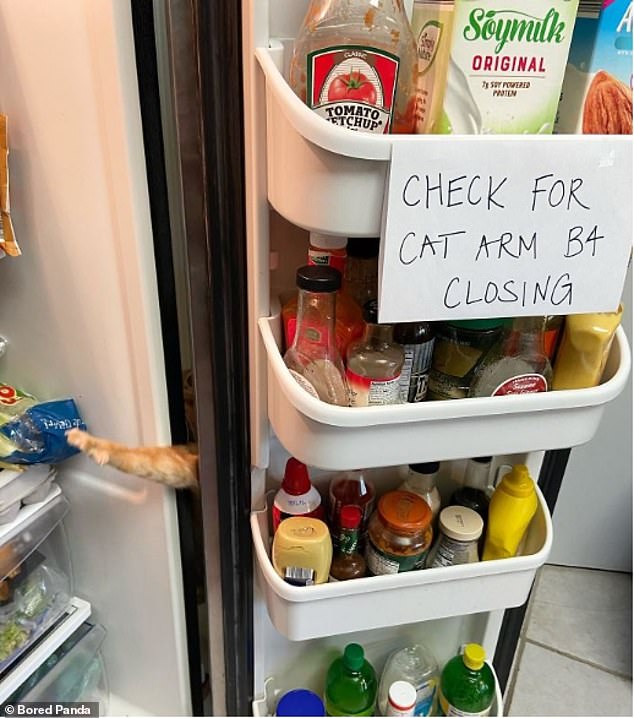 What’s in there? This cat is obviously often curious about the contents of their American owner’s fridge if the note left on the appliance is anything to go by 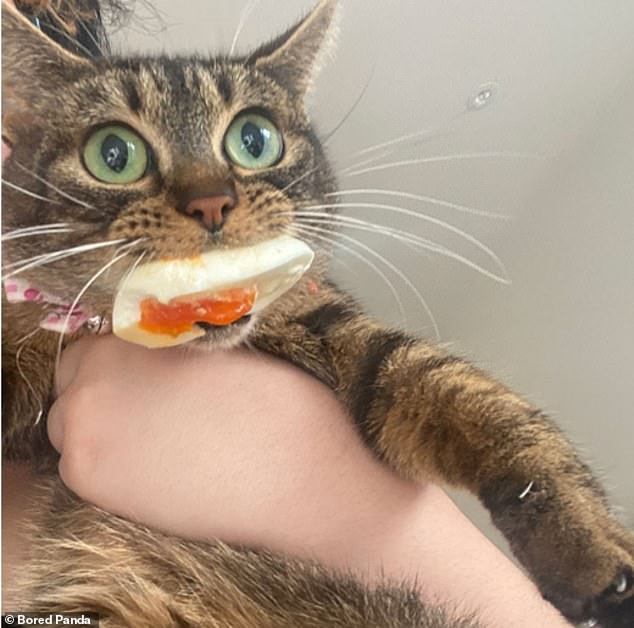 They’re all mine: A cat protects their stolen egg as thought their life depends on it in this amusing image. It’s unclear where the photograph was taken 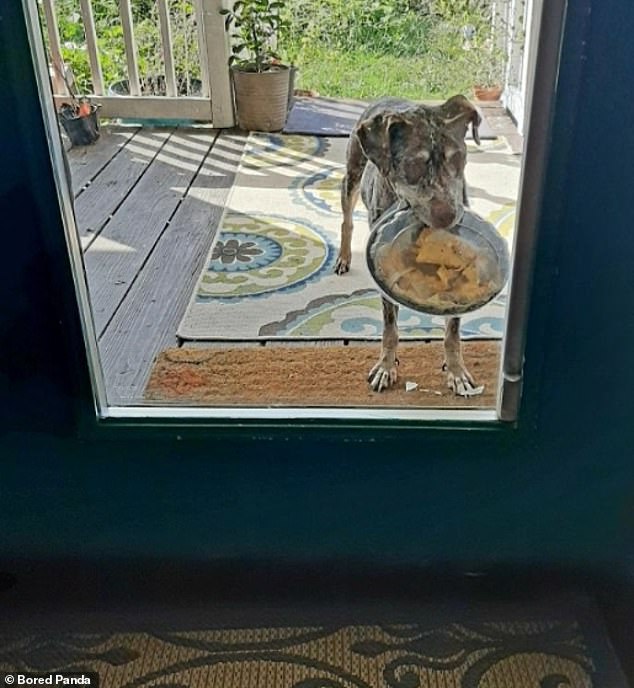 The look of guilt: This dog, at an undisclosed location, was waiting outside the door for their owner after stealing a dish filled with nachos 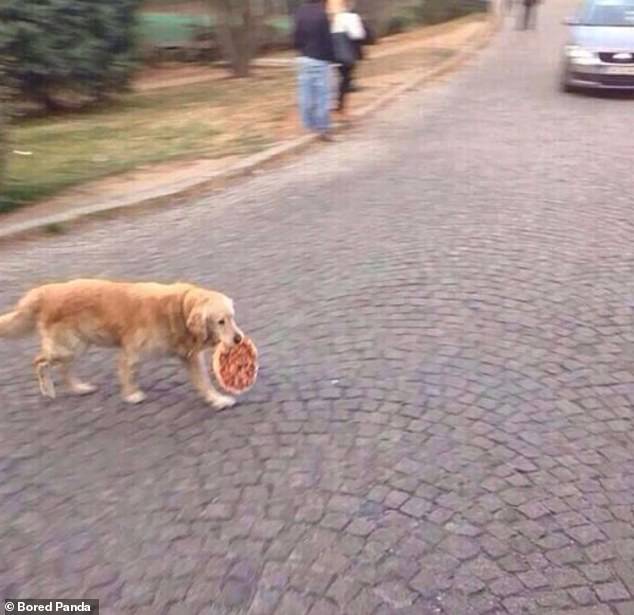 Caught: A cheeky British dog very nearly managed to get away with stealing a pizza before being caught on camera 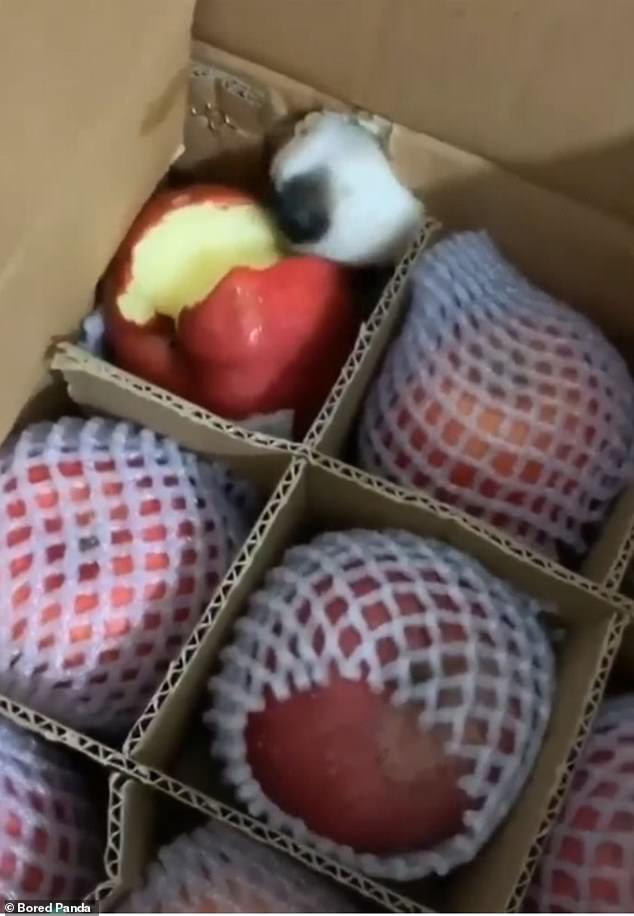 Where is it? They might not be able to see but this canny dog, at an unknown location, knows exactly where the food is when using their nose to sniff out the delights