An American expat living in Tasmania has been lambasted online for complaining about our ‘sad and dense’ bagels, with offended Aussies using the United States’ issues with gun violence and healthcare to retaliate.

TikToker Ashleigh, who goes by the name @coffeeenut online, moved from New York to Tasmania for university and noticed the bagels Down Under taste different compared to the US.

‘Things in Australia that genuinely do not make any sense at all to an American who just moved – the bagels, moving on,’ she said.

Ashleigh blasted Aussie bagels for being ‘so sad and dense’ but said our coffee culture was worth the move.

An American expat living in Tasmania has been lambasted online for complaining about Aussie bagels, with many Australians pointing to America’s issues with gun violence and healthcare in response

‘I’ll tell you what doesn’t make sense for Australian people in America: guns,’ wrote one.

Another commented: ‘Well I am amazed that Americans can buy guns but not a Kinder Surprise…because someone might get hurt…one f**ked up country, just saying.’

‘She’s not impressed. The rest of the world isn’t impressed with their daily school shootings,’ added a third.

‘Sad she escaped the gun violence and lack of medical support for crappy bagels. Poor lady,’ one user said sarcastically.

‘Probably confused about our schools as well, mainly because they’re not shooting ranges,’ said another.

The United States has had 230 mass shootings since the beginning of 2022, according to the Gun Violence Archive.

Australia, on the other hand, has had three since 1996, when former prime minister John Howard brought in sweeping gun reform following the horrific Port Arthur massacre where 35 people were killed.

Ashleigh’s comments did not sit well with some Aussies, as many began slamming her complaint saying it was preferable problem to have compared to gun violence and exorbitant healthcare 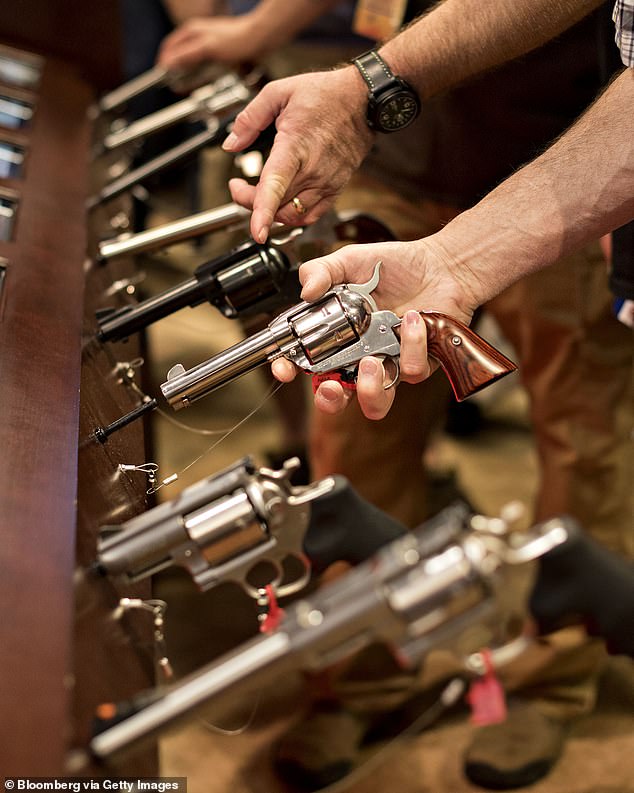 The United States has had 230 mass shootings since the beginning of 2022, according to the Gun Violence Archive. (Pictured: National Rifle Association meeting & exhibit at Nashville, Tennessee)

Australia also beats the US in the health sector, thanks to Medicare.

Medicare was introduced by the Whitlam government in 1975, where it was referred to as Medibank at the time.

It was abolished in 1981 by Malcolm Fraser but later reinstated by the Hawke government in 1984 under the name Medicare.

Not all users were pleased with the extreme reaction to Ashleigh’s minor complaint about bagels, with many arguing the response was unnecessarily over the top.

One American said: ‘What a thing to say to someone over a bagel. Seriously, we don’t have the best coffee, but someone is right to criticise it in my opinion lol. I wish we could get better coffee here.’

‘SHE WAS BEING HUMOUROUS PEOPLE!’ a Tasmanian resident stressed, before adding ‘she’s right, Australian bagels do suck, I loved discovering bagels when I visited the US’. 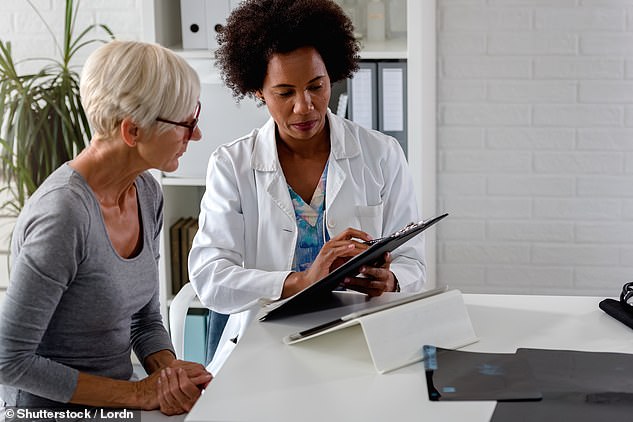 The US also does not have universal health care but Australia does under the Medicare scheme. Stock image

Not all users were pleased with the extreme reaction to Ashleigh’s minor complaint about bagels, with many arguing the response was unnecessarily over the top

In the US, bagels are a popular breakfast option that are often topped with cream cheese and butter.

But Australians prefer bacon and egg rolls or avocado on toast along with a coffee first thing in the morning, rather than a bagel.

Ashleigh’s short video has gone viral and has been viewed a staggering 1.4million times, garnering hundreds of comments.

In her video, the American expat conceded that Australian coffee was ‘way better’ than ‘most’ coffee in the US.

Despite the differences between the US and Australia, Ashleigh said she made ‘a good choice’ moving internationally.