Legal experts have questioned how Katie Price has travelled to the US just weeks after admitting in court that she had taken cocaine while pleading guilty to drink-driving charges.

Katie, 43 arrived in Las Vegas on Wednesday with her fiancé Carl Woods, 32, where they plan to marry.

Just six weeks earlier on 29 September, Katie pleaded guilty at Crawley Magistrates’ Court to three charges of drink driving, driving whilst disqualified and driving without insurance after she flipped her car following an all-night alcohol and cocaine bender.

Prosecutors dropped a drug-driving charge in light of her guilty drink-driving plea, but magistrates were told that a drugs test gave a positive reading for cocaine.

Katie, from Horsham, West Sussex, who was already banned from driving, flipped her car on a country road at 6.20am near West Grinstead, close to her home.

After the hearing, she checked into The Priory rehab clinic and only left earlier this week as she headed to the US.

Katie Price, 43 arrived in Las Vegas on Wednesday with her fiancé Carl Woods (pictured together), 32, where they plan to marry

American immigration lawyers based in the UK told MailOnline that they are ‘mystified’ as to how she was able to travel to the US given the fact that she admitted to taking illict drugs.

Following the crash, Katie told police: ‘I was just going to my friend’s house. I know I shouldn’t. I’ve been banned four times. I took drugs. I should not be driving. I admit it all.’

Most travellers to the US apply through ESTA, an automated system that determines the eligibility of visitors to the country and does not require them to get a visa.

But those who are convicted of drug offences or simply admit to consuming them, either during a court appearance or following a high-profile incident are automatically prevented from ESTA and are forced to apply for a visa, which can take anything up to two years, because of a COVID backlog. 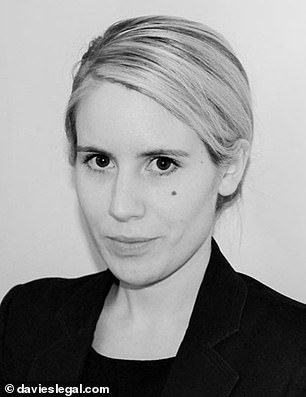 Kaitlin Davies (pictured) is a lawyer for London-based firm DaviesLegal, which specialises in US immigration law

Kaitlin Davies, a lawyer for London-based firm DaviesLegal, which specialises in US immigration law said: ‘Her case was at the end of September and it would be near impossible for Price to get to the US this quickly by applying for an ESTA.

‘You don’t have to disclose a driving under the influence of alcohol conviction for ESTA but if you have admitted in court to taking illicit substances, even if you are not convicted or charged for this, an ESTA would be denied.’

Ms Davies cited the case of Nigella Lawson, who in 2014 was stopped from flying to the US four months after she confessed to taking cocaine during a court hearing.

Ms Davies revealed that when an ESTA is denied, only two other options are open for travellers to the US; to apply for what is known as a B-visa or an O-visa, which are only issued to high profile entertainers or VIPs.

Referring to B-visas, she said: ‘This involves going to the US embassy, being interviewed and then your case is sent to the Admissibility Review Office in the US for final consideration.

‘Because of the COVID backlog, you cannot get an interview at the US embassy in London at the moment for love nor money. The whole process can take anything up to two years.’

US attorney Melissa Chavin, head of London-based Chavin Immigration, which specialises in immigration to the US said: ‘O-visas are issued to very high-profile entertainers and VIPs and I’m not sure if Katie Price qualifies as this. 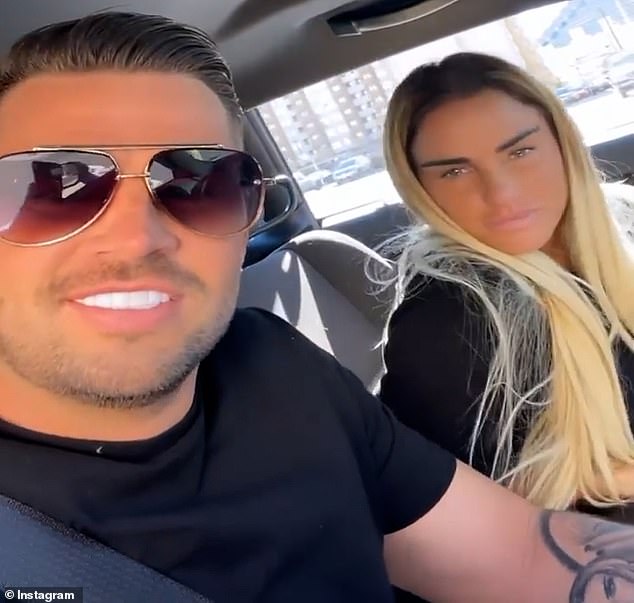 ‘Even if she did, given that she has been involved in a recent incident of drug taking, which received a lot of media attention, the advice would have been for her to apply for an O-visa in a years’ time, when things have moved on a bit. She is unlikely to get one so quickly.’

O-visas are also issued if the person applying can prove that they have scheduled work in the US or there is a compelling reason of national interest for them to visit.

Apart from revealing her plans to marry, Katie claims that she is in the US to visit Carl’s parents and visit tourist sights.

Ms Davies said: ‘These are not compelling reasons, and she has admitted very recently to taking illicit drugs, so the whole visa process for somebody like Katie Price would be a lot more complicated.’

Both lawyers accept that Katie may have had visas issued prior to her arrest and court appearance but under US laws she is obliged to report this, which could lead to her permission to travel to the country being denied.

Ms Davies said: ‘Any entrant to the US has an obligation to notify authorities of any material change in circumstances.’

Ms Chavin added: ‘Even if she already had a visa, Price would had to have reported the incidents and her drug taking.

‘It’s very hard to get into the US if you have admitted to taking illegal substances. Even a caution for minor drug offences, which may have even expired, can cause serious problems.’