Ruff gig! Katy Perry gets a surprise puppy party ahead of her birthday thanks to American Idol co-stars

By Bobbie Whiteman For Dailymail.com

She turns 32 on Wednesday.

But Katy Perry got an early start on the fun when American Idol threw the judge a surprise puppy party on Friday.

The event happened after the auditions for the singing reality show in Nashville, Tennessee on Friday.

Cuddling up: American Idol judge Katy Perry hugs host Ryan Seacrest and her dog Nugget as co-judge Lionel Richie looks on during the surprise puppy party for the singer on Friday

The unsuspecting star walked into a room to find it decorated with bunting and balloons spelling out her name plus a tower of delicious cupcakes.

She was quickly surrounded by host Ryan Seacrest and fellow celebrity judges Luke Bryan and Lionel Richie who all toasted Katy with champagne. 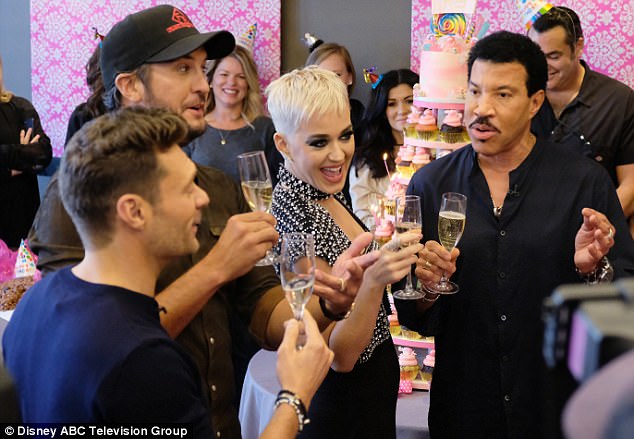 Sparkling moment: Ryan and judges Luke Bryan and Lionel toasted the star, who turns 32 next Wednesday, at the party held after auditions for the reality show in Nashville, Tenn. on Friday 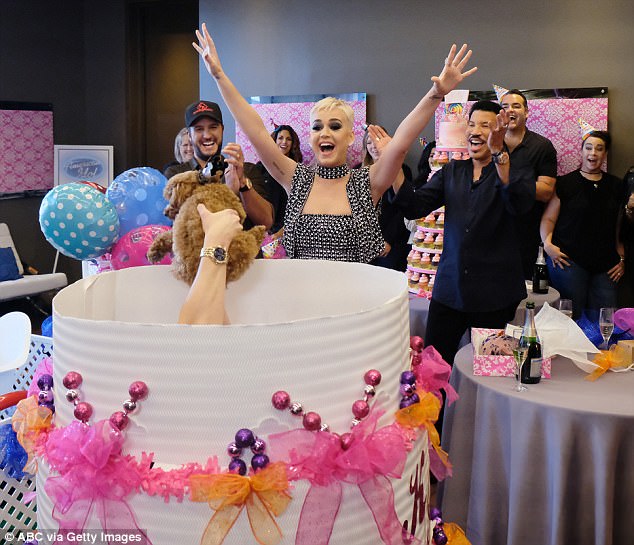 Now THAT’S a cake: The best surprise was the huge cake in the middle of the room containing someone who popped an arm up holding Katy’s puppy Nugget

But the best surprise was the huge cake in the middle of the room containing someone who popped an arm up holding her adorable puppy Nugget.

Katy clutched her pup – who had his own silver crown – as she hugged Ryan while the judges and crew looked on.

An assistant brought in more of cute canines who cuddled up under a side table. 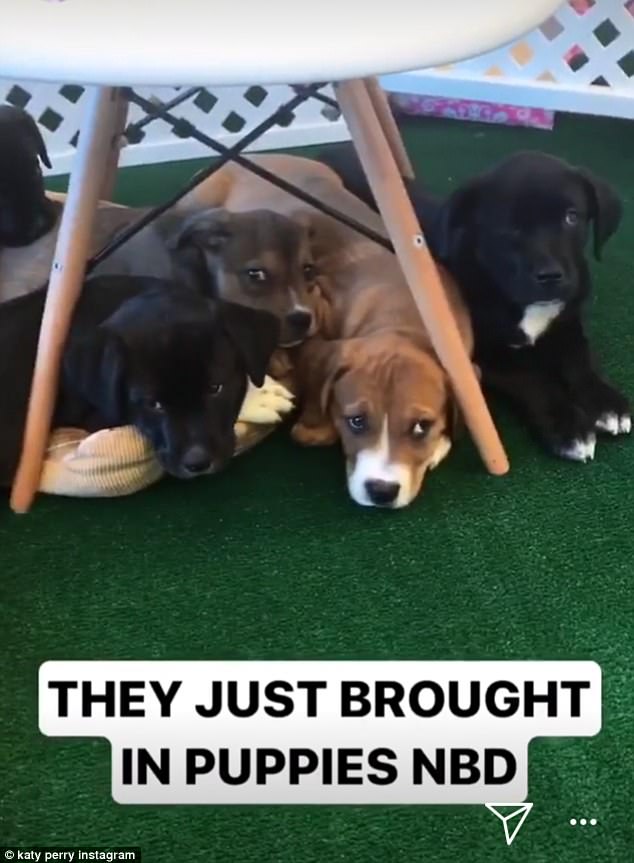 The tail of the pup: Some of the little cuties cuddled up together under a table 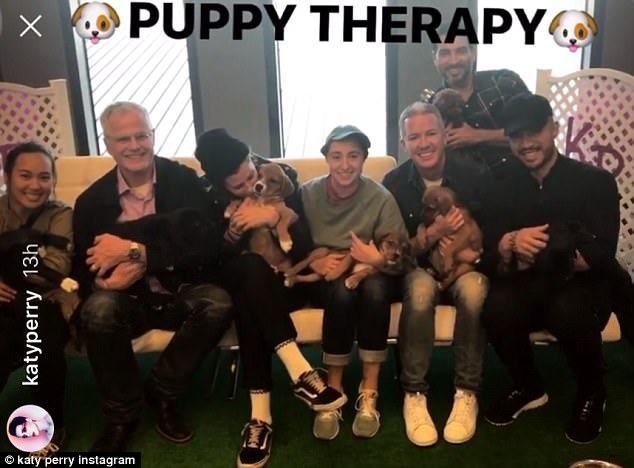 Sharing the love: Katy posted this shot of some of the cast and crew enjoying ‘puppy therapy’

And Katy also posted a shot of seven partygoers cuddling the tiny dogs as they sat on a couch on Snapchat, which she captioned, ‘Puppy therapy.’

The party went down the day after Katy played Nashville on her Witness World Tour.

‘SMASHVILLE aka Nashville u were an INCREDIBLE time tonight! Thanks for teaching me how 2write a real song & sticking by me all these years,” she tweeted. 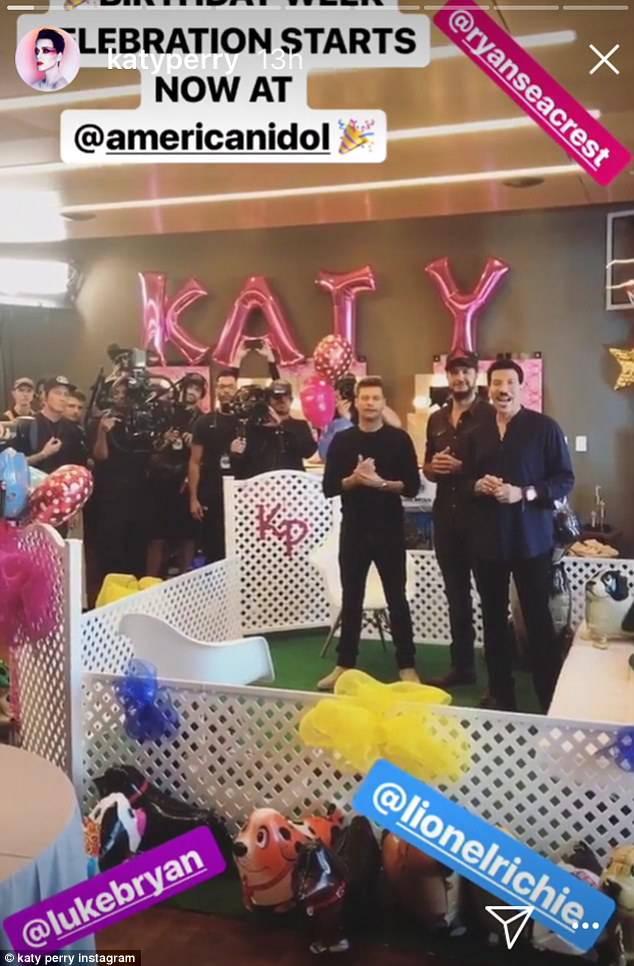 A BIG surprise: Katy thanked everyone for her party in this Snapchat shot 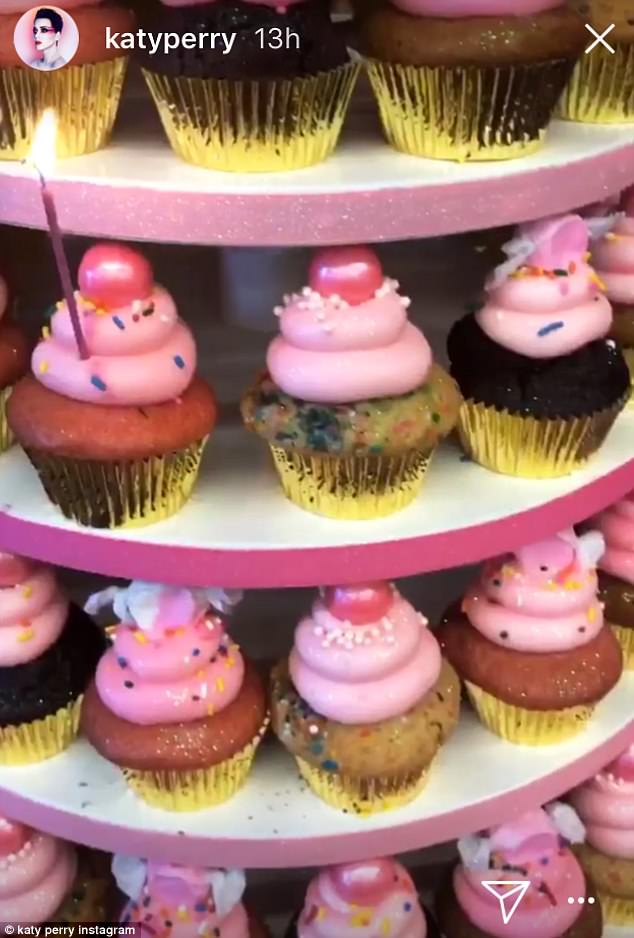 Tasty treats: Who  doesn’t like a delicious iced cup cake? 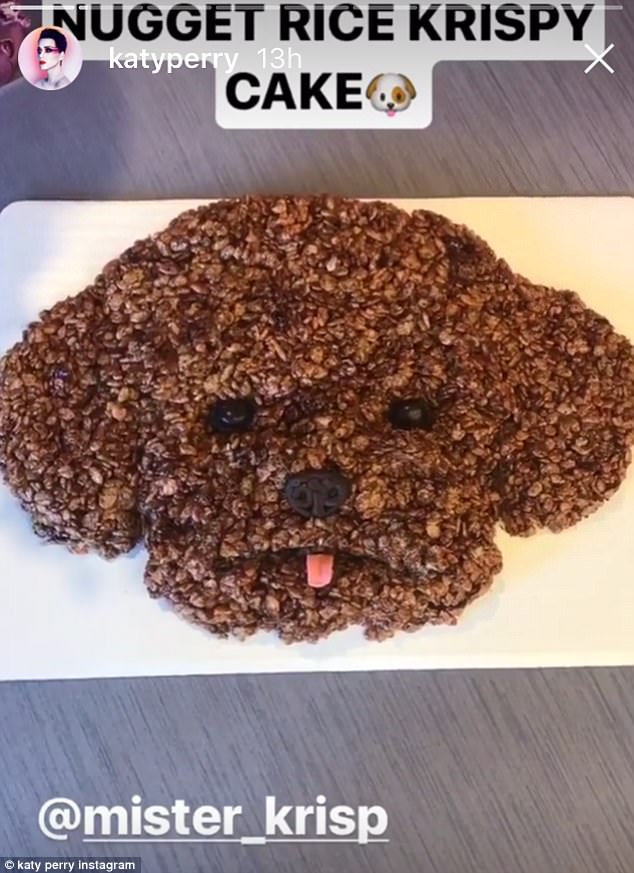