American Idol star Antonella Barba is blaming the talent show for her life’s downward spiral from aspiring singer to a convicted criminal, as she faces a decade behind bars.

The singer, 32, appeared on the singing competition in 2007, where sang her way into the Top 16, before being eliminated and going on to pursue a career in music in acting.

Twelve years on it appears as if her dreams of making it big are all but over, after the singer, back in August, pleaded guilty to possessing and distributing fentanyl.

Prosecutors had accused her of being a courier for a drug ring, one of eight members of the ring operating out of Hampton Roads, Virginia, North Carolina from late 2017 to early 2018.

Barba reached a plea deal with prosecutors earlier this year and is set to be sentenced tomorrow.

In newly filed court documents, Barba’s lawyer is asking for a shorter prison sentence than the expected ten years the singer faces.

In the documents, given to celebrity news outlet, The Blast, the lawyer describes the singer as a ‘perfectionist’ who was kept in the dark about the drug ring and had little insight into her actions.

Singer Antonella Barba in happier times at a New Year’s Eve event in New York City in 2010 (right) and at the American Idol Season 8 finale in 2009. The disgraced star caused some controversy during her time on the show in 2007 after racy pictures of her appeared online. In the latest news the former American Idol contestant has pleaded guilty to possessing and distributing fentanyl 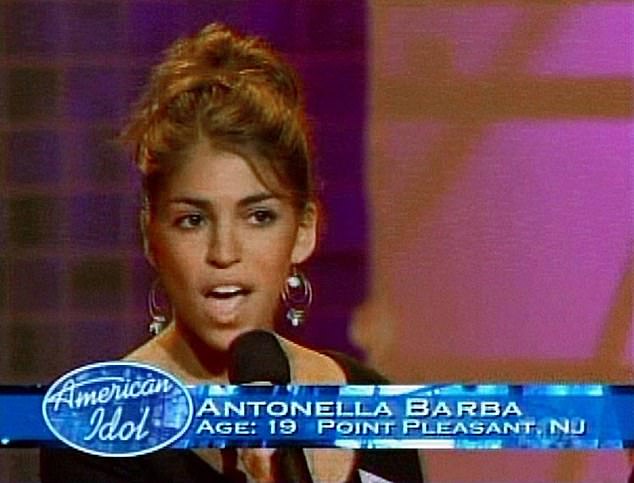 Antonella Barba was just 19 when she appeared on the show. She made it to the Top 16 before being eliminated and going on to forge a career in music and acting

The court files also drew attention to the ‘detrimental’ change in the singer’s life after she moved to Hollywood to appear on American Idol and later pursue a music and acting career.

In bidding for a lower sentence, the lawyer argues the singer, who also appeared on Fear Factor in 2012, was only a minor part of the operation.

‘The extent of Ms. Barba’s involvement in this case is limited to delivering one shipment of drugs and that single instance forms the sum total of her relevant conduct.’

The lawyer goes on to say the former American Idol contestant had little insight into the drug ring’s operations or into the contents of the package she was delivering.

‘Ms. Barba also did not participate in any of the planning or organization nor did she exercise any decision making authority.

‘Ms. Barba was told where to go, when to go, and what to do when she got there. She did not break down the contents of the package into smaller amounts for resale and she did not collect any proceeds. She had no pecuniary interest in the package and did not stand to benefit in any way by the sale of the narcotics. Ms. Barba was paid only to deliver the package.’ 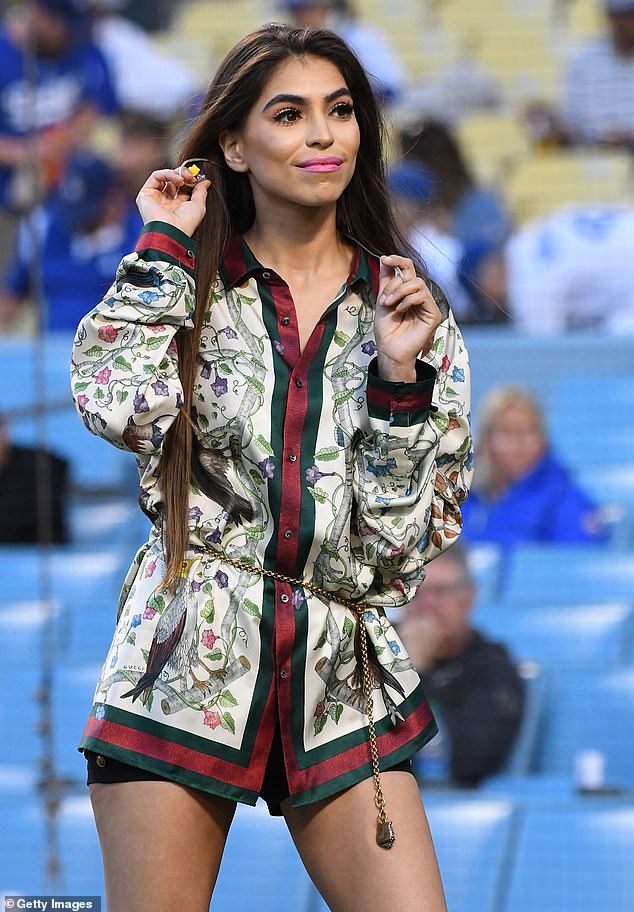 New court documents showed to the blast have blamed the singer’s appearance on the show for bringing a ‘detrimental change’ to the young woman’s life. Not having achieved her dreams, the documents say she was ‘devastated’ and that this contributed to her fall from grace

The documents go onto to detail how the singer, who has also held minor acting roles in a couple of movies, sees herself as a ‘resilient, deeply religious, selfless and driven person’.

‘Someone who could rightfully be called a perfectionist.’

The documents went on to detail how Barba’s mother blamed American Idol for her daughter’s downfall.

‘One of the common themes is that the American Idol experience brought about a detrimental change in Ms. Barba’s life,’ it reads.

‘Ms. Barba’s sudden move to Hollywood following American Idol ‘was a recipe for disaster’ and when it came to pass that Ms. Barba was unable to ‘achieve the results she wanted, it was devastating to her.’

‘Ms. Barba’s mother believes when American Idol happened and “the world intruded and interrupted her . . . dream of a career in architecture” that this is “where it all went wrong”.’

However, it is not the first brush with the law for Barba, who in 2011 was arrested for shoplifiting in New York City.

She also previously caused a stir during her time on the American Idol Show in 2007 after she was photographed posing in a wet t-shirt on the fountain of a World War Two Memorial in Washington DC and for other racy photographs of the singer that were leaked on line.