Two Americans who recently visited the UK for the first-ever time have revealed the good, the bad, the weird and the scary of their trip, with driving in Devon and Cornwall falling into the latter category.

Couple Cara Atwell, 37, and Jeremy Davis, 41, arrived in the UK for the first time on March 23 this year for a road trip around England and Scotland and told MailOnline Travel that ‘driving in Cornwall and Devon was the scariest thing we experienced’, adding: ‘Coming from the large roads in America to the tiny, winding roads with tall walls [hedges] was terrifying. That’s how our road trip began, so at least it made the rest of the driving seem easy in comparison.’

The couple also had to contend with the hire-car’s unfamiliar manual gearbox.

Couple Cara Atwell and Jeremy Davis (above) arrived in the UK for the first time on March 23 this year for a road trip around England and Scotland. The first place they stayed was an Airbnb in the Shoreditch area of London

Cara said: ‘On the first day I drove, I pulled into a car park that I needed to reverse out of, but it had been so long since I had driven a manual transmission that we had to sit in the car park while looking up a Youtube video about how to put a gear stick in reverse.

‘It turns out, there’s a ring you have to lift.’

One of the big-ticket sights that the couple visited once they’d figured out reverse gear was Stonehenge. It’s one of the world’s most famous prehistoric monuments and described by English Heritage as ‘awe-inspiring’.

Cara and Jeremy, however, said they were ‘a little underwhelmed’, adding: ‘We knew ahead of time that we wouldn’t be able to get very close to it, but even so, it was a bit anti-climactic. We are glad we finally got to see it in person but likely wouldn’t visit again.’

The rest of the trip was a big hit, though, with the locals being nice to them ‘everywhere we went’.

‘We didn’t want to leave,’ the couple said. 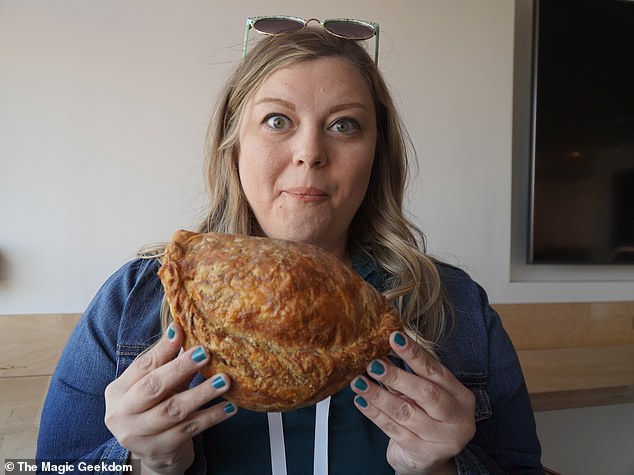 Cara is pictured here eating a Cornish pasty at Ann’s Pasties in Helston, Cornwall. She said that driving in the county was ‘terrifying’

After flying into Heathrow Airport, which they said was ‘very easy to navigate’, the couple settled into an Airbnb in the hipster Shoreditch area of London.

They said: ‘We loved staying there because it gave us a sense of what living in London would actually be like as opposed to if we had stayed in a hotel in a touristy area.’

And London, they declared, has a ‘great vibe’.

They explained: ‘There is so much history and so many different cultures in one city that every new experience was different from the previous one.

‘We didn’t want to leave. There is so much to see and do in London that we felt like we barely scratched the surface, so we can’t wait to visit again. 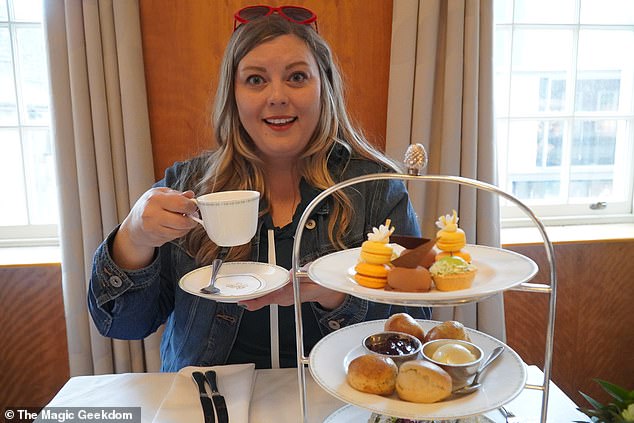 Cara (pictured having an afternoon tea at Bettys York Tea Room) and Jeremy said that they had ‘amazing food in the UK’, adding: ‘We already miss things that we don’t have in America like scones with clotted cream or chips with curry sauce’ 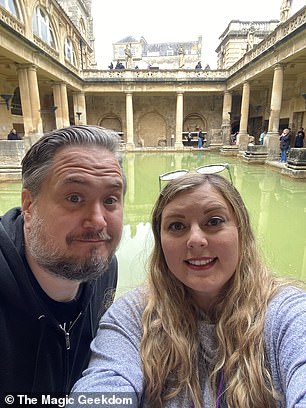 ‘We thought Camden was really neat and definitely want to spend more time there in the future. We are big music fans, so taking a music tour and seeing so many significant places like Abbey Road and the Ziggy Stardust album cover location [Heddon Street] were amazing experiences. We were told we had to see a West End show, but I was hesitant about that until Jeremy convinced me that we should see Back to the Future: The Musical. It was an amazing show and so much fun! I’m so glad we didn’t skip that.’

It was York, however, that took the plaudit as ‘best part of the trip’.

They said: ‘It was just an amazing and beautiful city, full of such interesting history. We went to some really neat pubs there and had some amazing food.’

Bath was a winner, too.

They added: ‘York and Bath are two cities that I think most Americans would fall in love with.’

Were there any preconceptions about the UK they had before arriving that subsequently dissolved?

They said: ‘We did a lot of research beforehand, so I don’t think there were any unexpected surprises, but the UK seems to have a reputation for having bad food, which we did not find to be true at all. 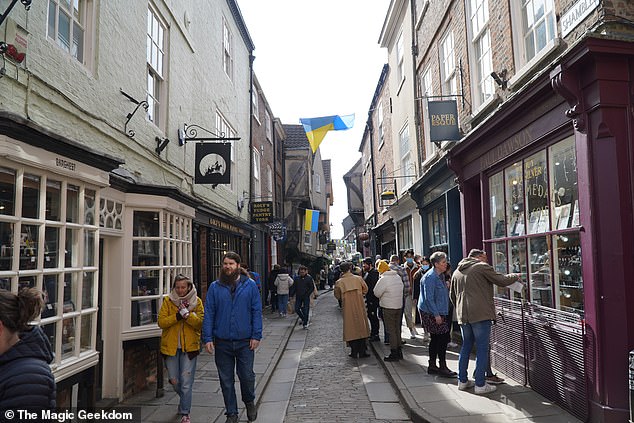 York, pictured, was the best part of the trip for Jeremy and Cara 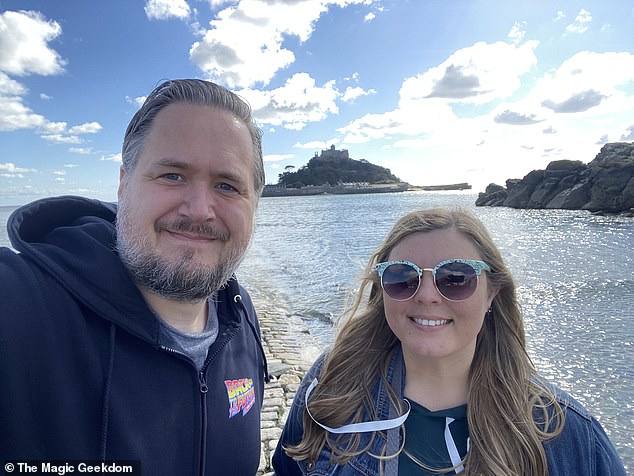 Jeremy and Cara are pictured here at Saint Michael’s Mount in Cornwall. They said they’d love to visit Wales and Northern Ireland next time they’re in the UK 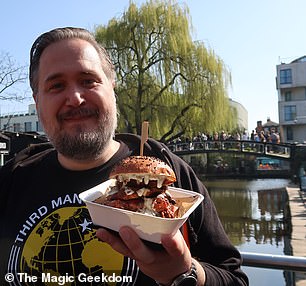 Jeremy is pictured here in Camden, a place that he and Cara found ‘really neat’

‘We had so much amazing food in the UK! We already miss things that we don’t have in America like scones with clotted cream or chips with curry sauce.’

When asked if they found any parts of life in the UK plain weird, they replied that they were ‘fascinated by the number of faucets where the hot and cold water are separate’, adding: ‘Britain seems to be ahead of America in so many ways, yet that seems very old-fashioned. It’s not very common in the U.S.’

The couple, who describe themselves as ‘digital nomads’, set out with a big to-do list – and have ‘an even bigger list of things to do when we come back’.

They added: ‘We’d make sure to visit Kent and more of the South that we missed. We’d also love to visit Wales and Northern Ireland.’

To see videos of Cara and Jeremy’s travels, visit their YouTube channel – The Magic Geekdom.