By Hannah Skellern For Dailymail.com

An American Airlines passenger who video-shamed a fellow traveler when he pounded her seat repeatedly after she reclined it has claimed that a flight attendant threatened her with arrest.

Passenger Wendi Williams said said she nearly got thrown off the flight and was handed a ‘passenger disturbance notice’ for refusing to delete her video of the man sitting behind her, according to TMZ.

The notice threatened her with removal from the jet and even prosecution. Williams said she got rid of the video but later found it in the deleted folder on her phone and posted the footage online.

She posted a clip of him continually jabbing her seat to Twitter in a video that divided social media over who was in the wrong.

Williams was in front of the man – whose seat did not recline – on the plane flying from New Orleans to Charlotte when he asked her to put her seat up while he ate.

She says she complied – but reclined again when he had finished his food and that in response ‘he punched my seat about nine times’.

Williams claims that she complained to an air stewardess, but despite this she offered the man a free drink of rum and threatened to have Williams escorted off the plane.

Williams said that none of the behavior listed on the disturbance notice applied to her, which included: ‘threatening, intimidating or interfering with a crewmember; smoking; drinking alcoholic beverages not served by a crewmember or creating an alcoholic-related disturbance’.

She wrote on Twitter: ‘I’m in pain. I have one cervical disk left that isn’t fused – the first one which allows me some mobility.’It’s scary because it’s this kind of injury that could do it in. I am grateful for the limited movement I still have and shouldn’t have had to endure repeated blows.’

She claimed described the incident as an ‘assault’ and said she wanted to find out the man’s identity and press charges. 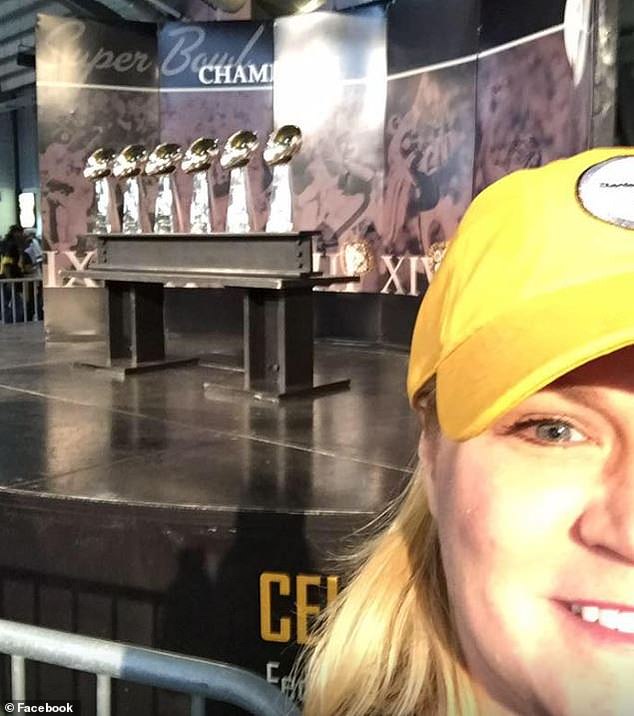 Williams tweeted: ‘The airline didn’t really accept any culpability, although she apologized and said what happened was wrong – that’s it.’

The row has sparked a debate on plane etiquette on social media. While some have back Williams and condemned the man’s behavior, others questioned whether she should have reclined her seat in the first place.

Delta CEO Ed Bastian chimed in on the debate on plane etiquette on Friday when he told CNBC that passengers’ should ask permission from the person sitting behind them to put their seat back – and that he never reclines.

Etiquette expert William Hanson gave his verdict on Thursday when he said: ‘Two wrongs don’t make a right. We can all agree it is irritating when the passenger in front reclines but it is within their rights to do so. The only time it is wrong is when the meal service is still happening and yet to be cleared.’