America is facing a shortage of Adderall as supply chain issues striking the nation’s largest manufacturer of the drug combined with record demand have left manufacturers of the popular drug reeling.

Teva Pharmaceuticals, an Israeli company, told Bloomberg that ‘supply disruptions’ affecting one unnamed manufacturing facility have led to packaging constraints. The shortage will affect branded and generic forms of the drug.

These issues arise as increased scrutiny is placed on the amount of Adderall being distributed in the U.S. Popular online clinics like Cerebral and Done have faced allegations of misusing and over-prescribing the drugs. Data also shows the number of people receiving the drugs in America outweighs the amount who have been diagnosed with ADHD.

Teva accounts for more than a quarter of Adderall market share in the U.S., meaning a shortage in its ranks could lead to some having a hard time finding the drug. The Food and Drug Administration (FDA) does not yet report a shortage of the drug, though, according to Bloomberg.

Teva reports that it could soon face a shortage of the ADHD medication Adderall due to supply issues. They say some prescriptions may end up on back-order (file photo)

Teva is America’s leading producer of both name brand and generic versions of the drug.

Adderall is classified as an amphetamine and is commonly used to treat attention deficit hyperactive disorder, colloquially known as ADHD.

It reports having an ‘active supply’ of both at the moment with some ability to continue production.

The firm warns that demand can be fluid though, meaning a person could unluckily end up in a backorder.

‘For both branded and generic Adderall, Teva is actively shipping to customers, and we expect full recovery for all inventory and orders in the coming weeks, at which point we expect no disruption at the pharmacy level,’ a spokesperson told Fierce Pharma.

These shortages could end up lasting into fall, the company fears.

America is just coming out of a previous reported shortage of the drug, which lasted from 2019 until May 2022.

Misuse of the drug has been rampant and well-documented as well, especially among high schoolers and college students in America.

‘Many of these college students think stimulants like Adderall are harmless study aids… but there can be serious health risks and they need to be more aware,’ Dr Ramin Mojtabai, a mental health professor at Johns Hopkins said in 2016.

A study at the time found that misuse of the drug among adults aged 18 to 25 had increased 67 percent over a five year period, with associated emergency room visits jumping 156 percent.

With companies like Cerebral and Done emerging to make these drugs more widely available than ever, some fear these figures have increased even further in ways that are harder to detect. 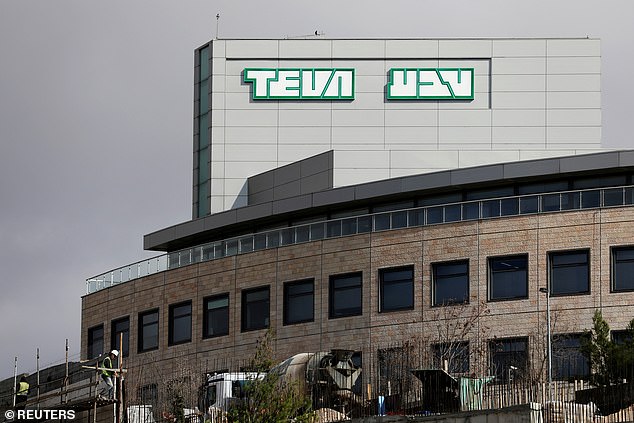 Teva does not expect any disruptions to the distribution of Adderall to arise in the coming weeks, the company said (file photo)

The companies are a part of a budding, yet controversial, new industry in medicine that developed in recent years before rocketing during the COVID-19 pandemic.

Telehealth companies that provide patients with quick consultations, and even potentially offer prescriptions written by certified medical professionals, have been appearing across the U.S.

Adderall and Xanax, meant to treat anxiety but also often misused by college students, were often distributed through these channels.

It became such a problem that the Department of Justice (DoJ) issued subpoena over the alleged misuse of the drugs.

In America, where many young people are uninsured or under-insured and access to a therapist and other psychological help may be hard to find due to long waitlists, these companies became popular.

They have also fueled a surge in demand for the drugs, especially during the COVID-19 pandemic where these telehealth became the primary form of care for many.