EXPRESS INFORMER > News & Politics > America (and the world) holds its breath: Millions deliver verdict most divisive ever US President

America (and the world) holds its breath: Millions vote to deliver their verdict on the most divisive ever US President

By Daniel Bates In New York For The Daily Mail

America is on a knife edge tonight as millions cast their ballots on the most divisive President in modern history.

Voters have been lining up from 5.30am to have their say in the race between Donald Trump and his rival for the White House, Joe Biden.

A polarised and exhausted country, riven by racial tensions and the world’s highest coronavirus death toll, appeared determined to make its voice heard.

Socially distanced queues to enter polling stations snaked around blocks as the American public chose between two starkly different visions of their nation for the next four years.

Voters lined up from 5.30am to have their say in the race between Donald Trump and his rival for the White House, Joe Biden (map of likely votes for each candidate, pictured)

Mr Biden, 77, entered Election Day as favourite while Mr Trump, playing catch-up in a number of battleground states, had a less likely but still feasible chance of clinching the 270 electoral college votes needed to win out of the 538 up for grabs.

Final polls showed Democrat challenger Mr Biden ahead in most of the key swing states but Trump supporters emerged in large numbers on polling day.

Mr Trump, 74, admitted he probably needed a record turnout to cling on to his presidency but was outwardly confident of upsetting the odds for a second time following his surprise victory four years ago. 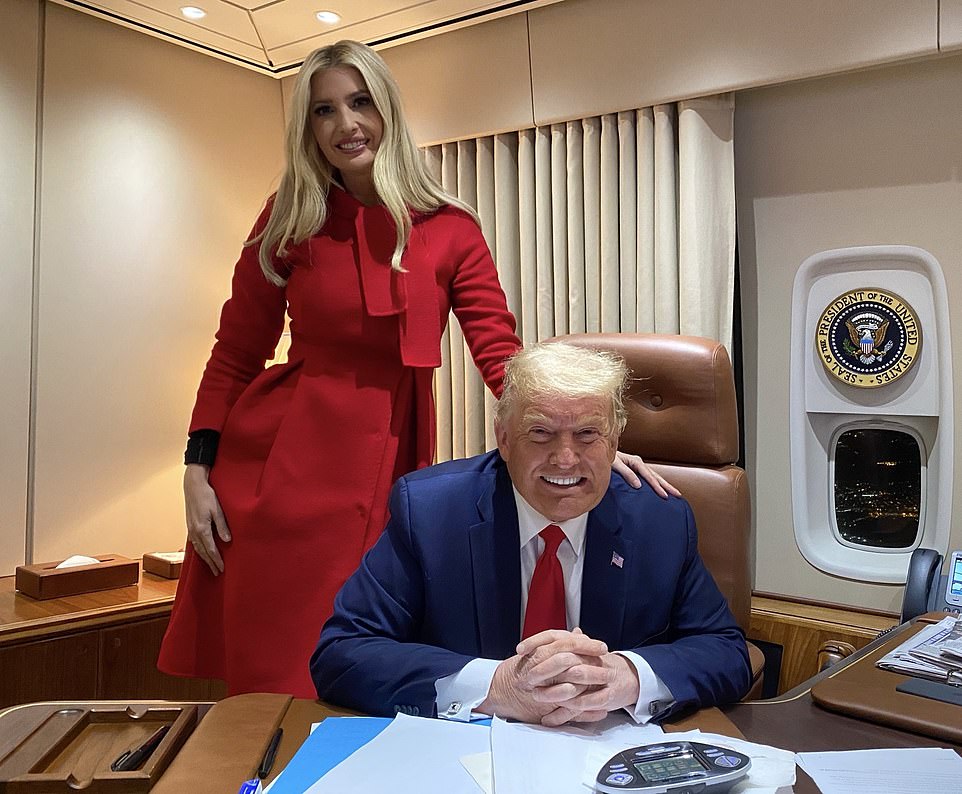 Mr Trump, 74, admitted he probably needed a record turnout to cling on to his presidency (pictured with daughter Ivanka)

It was widely believed that more Democrats had taken advantage of the postal voting system, leaving Mr Trump needing more people to come out on the day.

And the signs on voter numbers were good for him early on, with Florida and Texas – both key swing states – eclipsing their 2016 totals before the morning was out.

Among those voting early was the First Lady, Melania Trump, at a polling station in Palm Beach, Florida – close to the Trumps’ Mar-a-Lago residence.

Looking elegant in a £3,500 chain-print Gucci dress, the 50-year-old was also the only person in the vicinity not wearing a mask as she entered the Morton and Barbara Mandel Recreation Centre – although her spokesman argued she was socially distanced.

Asked why she didn’t vote alongside the President last week, Mrs Trump said: ‘It’s Election Day so I wanted to come here to vote today for the election.’

The first result of the day came from the tiny New Hampshire village of Dixville Notch, which prides itself on always being ahead of the rest. 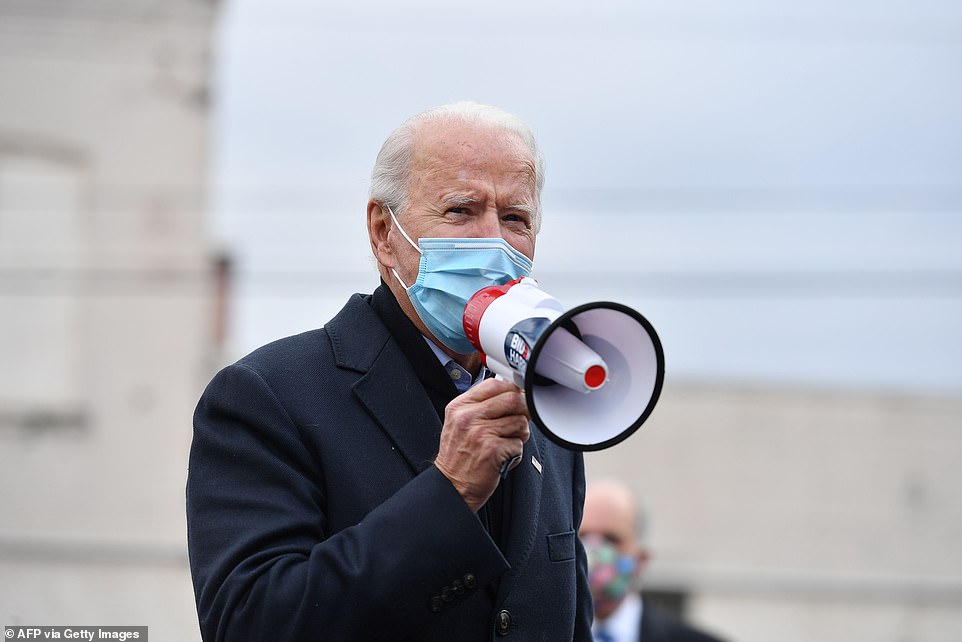 Final polls showed Democrat challenger Mr Biden, 77, (pictured) ahead in most of the key swing states

All five villagers who voted plumped for Mr Biden.

However, with some states warning they could take weeks to announce their results due to coronavirus restrictions, there were fears of widespread violence.

The US typically knows the victor long before the results become official as TV networks race to ‘call’ the election. 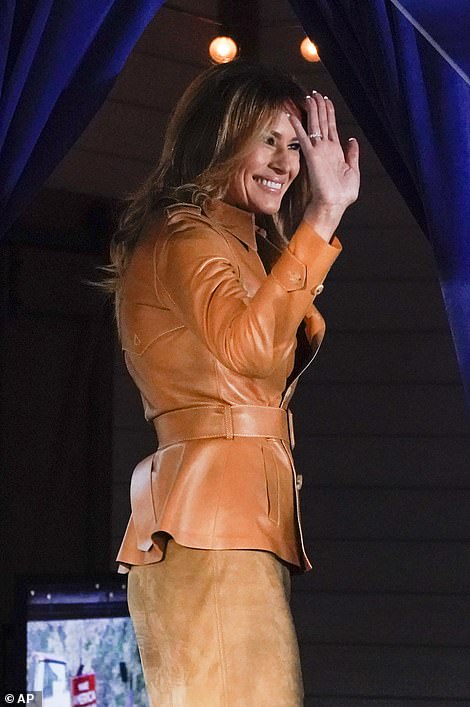 Among those voting early was the First Lady, Melania Trump (pictured)

Shops and businesses across New York boarded up yesterday fearing protests from both sides if their man was not immediately declared the winner.

And the FBI was investigating reports of scams that saw millions of voters receive automated phone calls telling them to ‘stay safe and stay home’ instead of voting.

The two candidates each had a frantic final day after a whirlwind week of campaigning.

Mr Trump had got back to the White House at 1am after his final rally in Iowa and fired off a string of tweets before going to bed.

At 7.45am he called into his favoured Fox News, sounding husky and fatigued. Later in the day he appeared at a campaign office in Virginia and said he was feeling ‘very good’ but admitted his voice was ‘choppy’.

The President was due to watch the results come in at the White House, while Mr Biden – aiming to become the oldest US President in history – planned to watch from his home in Delaware.