Team Heard: Amber is accompanied by her girlfriend and holds hands with her sister and her lawyer at Depp libel battle

Amber Heard and her team swept out of the High Court in a plush people carrier with insiders claiming that they were ‘delighted’ at the way the first day of Johnny Depp’s libel claim against the Sun had gone.

Heard arrived in Britain two weeks ago from the US with her support group, which is made up of her sister Whitney, girlfriend Bianca Butti and American attorney Elaine Bredehoft.

Once in the UK, they were joined by Heard’s British legal advisor Jennifer Robinson, a high-flying barrister who also represents Julian Assange, who is also acting as their chaperone.

Amber Heard arrives at the High Court ahead of the first day of Johny Depp’s libel trial against The Sun newspaper. She is pictured with sister Whitney Heard (left), lawyer Jennifer Robinson (next to her right) and girlfriend Bianca Butti (right)

Ms Robinson held Heard’s hand as they arrived at the High Court, where Depp is suing the Sun over allegations that he was violent towards his ex-wife.

Since arriving in the UK, Heard, 34 and her group of confidants have been spending most of their time at a secret location in the countryside.

They arrived in London over the weekend for the start of the hearing, which is expected to last three-weeks.

They are staying at a central London location close to the High Court, but her spokesman has refused to reveal if it is a hotel or privately rented accommodation. 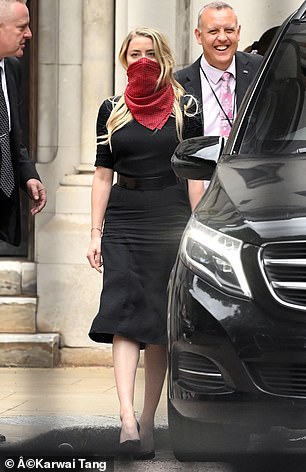 All the women agreed to wear almost matching, dark colours in an attempt to create the image of a ‘team Heard’ that is 100% rooting for the former Aquaman actress.

Whitney was sharply dressed in black blazer and trousers, clutching a classic leather bag and wearing smart loafers. She was pictured holding Heard’s hand. The actress was wearing a black skirt and top and looked elegant in red polka dot face mask.

Ms Robinson was also pictured holding Heard’s hand wearing an olive coloured dress while Bianca looked sharp in dark designer sunglasses, black mask and blazer. As they arrived at the High Court heads turned with the women dressed to impress.

Leading the way was Ms Bredehoft, a veteran lawyer who is considered one of the leading legal brains in the US.

The decision of the ‘fellowship of women’ to support Heard during the course of the trial and sit out two weeks before that in quarantine is being seen as a significant statement in their commitment to the actress.

Depp, 57, is suing News Group Newspapers, publishers of the Sun and executive editor Dan Wootton over a 2018 article which referred to him as a ‘wife beater’ – a claim he strenuously denies.

It appeared under the headline ‘Gone Potty How can JK Rowling be ‘genuinely happy’ casting wife-beater Johnny Depp in the new Fantastic Beasts film?’

A source close to Heard’s team told MailOnline: ‘The first day has gone very well for them and Amber and her support group are delighted. The focus of it was on Depp’s drug use and how this made him violent and controlling. 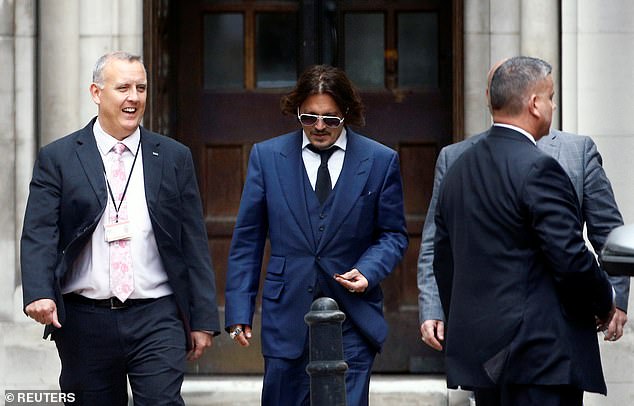 Depp (pictured outside the High Court today), 57, is suing News Group Newspapers, publishers of the Sun and executive editor Dan Wootton over a 2018 article which referred to him as a ‘wife beater’

‘Heard’s team feel that the Sun’s lawyer has done a really good job of exposing his true character.’

Heard watched the day’s proceedings in court 13 from the public gallery, accompanied by her team.

They were all required to maintain social distance while media and members of the public had to watch the hearing via video from a separate court.

The source added: ‘There is a very strong group of women around Amber and she would not be able to get through this without any of them. Not only does she have some impressive legal brains in her team, but her partner and her sister are there to support her emotionally.

‘They’ve been holding her hand, keeping her busy and they’ve actually all been having a nice time. They’re determined to make themselves visible during this trial so that Depp knows what he’s up against.’

Heard and her team have vowed to attend each day of the trial and she will take the stand to give evidence next week.

She is expected to be in the witness box for three days to relive what she claims was physical and emotional abuse at the hands of Depp during their stormy four-year relationship.

Bianca Butti, 38, who was pictured wearing dark fashionable sunglasses and a black face mask, is a cinematographer living in Los Angeles. The couple were first seen in public in May. 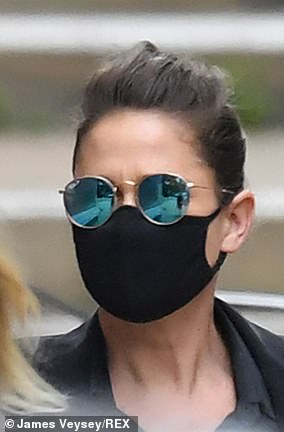 Last year, Miss Butti revealed she had been diagnosed with breast cancer for a second time, and bravely documented her struggles on an Instagram page, @buttibeatsit.

In a note on the page, Butti explained how she was first diagnosed with the disease in 2015 when she was just 34 years old, and that it was confirmed to have returned in March 2019.

‘I was beyond devastated,’ she wrote on Instagram. ‘A new tumour appeared in my right breast, almost 3 years since I was declared cancer free.’ 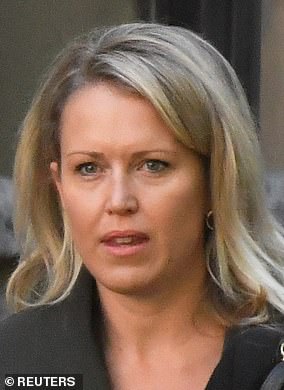 Jennifer Robinson , who held Amber Heard’s hand as she walked into the High Court

For the first diagnosis she underwent a traditional western treatment of chemotherapy, surgery and radiation. Now, after extensive research and personal experience, she has decided to seek more alternative treatments.

Butti’s career as a cinematographer includes several episodes of Love & Hip Hop: Atlanta that aired in 2013, the upcoming Bella Thorne movie Leave Not One Alive, the thriller Uncanny and a few other independent films and shorts.

Jennifer Robinson, who held Amber Heard’s hand as she walked into the High Court, is a leading human rights lawyer from Doughty Street chambers who also represents Julian Assange. 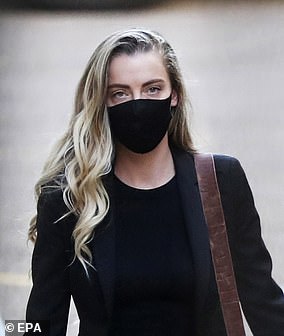 Whitney Heard : The siblings grew up together in Austin, Texas, and are known to have a close relationship

The Australian has appeared at the International Court of Justice and given expert evidence at the UN and in Parliament. Her areas of expertise are free speech and civil liberties, and she regularly advises newspapers on media law.

Elaine Bredehoft is serving as her American attorney to handle US aspects of the case. Licensed in Virginia, Miss Bredehoft specialises in defamation law and has been included in The Best Lawyers in America periodical every year since 1997.

Whitney Heard: The siblings grew up together in Austin, Texas, and are known to have a close relationship. Whitney is also an actress and is set to give evidence during her sister’s trial, claiming that she saw witnessed Depp’s violence towards her sister.