The other Amazon forest! Retail giant will build helix-shaped tower at its new Virginia ‘HQ2’, complete with tree-lined ‘mountain’ visitors can climb at weekends

By Jimmy Mccloskey For Dailymail.Com

Amazon’s second-headquarters in Virginia will feature a unique helix-shaped tower complete with an outdoor ‘mountain’ that visitors can hike at weekends.

Arlington County Board gave unanimous approval for the 350 foot-tall building on Saturday, which has been designed by architectural firm NBBJ.

It will sit as the centerpiece of Amazon’s new $2.5 billion campus just across the River Potomac from Washington DC.

Skyscrapers are banned in the District of Columbia, and the Amazon buildings will be among the tallest in neighboring Arlington County.

From some vantage points the helix will dominate the region´s skyline like no building other than the Washington Monument.

The helix features a spiral-hike around its exterior, complete with trees, and will let visitors follow a winding outdoor ramp around the edge of the building to its summit.

A rendering of Amazon’s new helix-shaped building at its upcoming second headquarters in Arlington, Virginia. The building features a ramp around its exterior which can be used as a tree-lined hike

The proposed building was first unveiled by Amazon in February 2021 and is one of a number of large offices that will be constructed by the web giant on the site.

It is set to be completed by 2025, and will welcome around 25,000 workers once fully-operational.

The campus will also include a separate park, as well as a community high school, and multiple shops.

Amazon have claimed that the Helix will have its very own artist in residence, as well as meeting space for the staff who work there.

The online behemoth’s global headquarters is in Washington, with Virginia now set to become its second most-important US base. 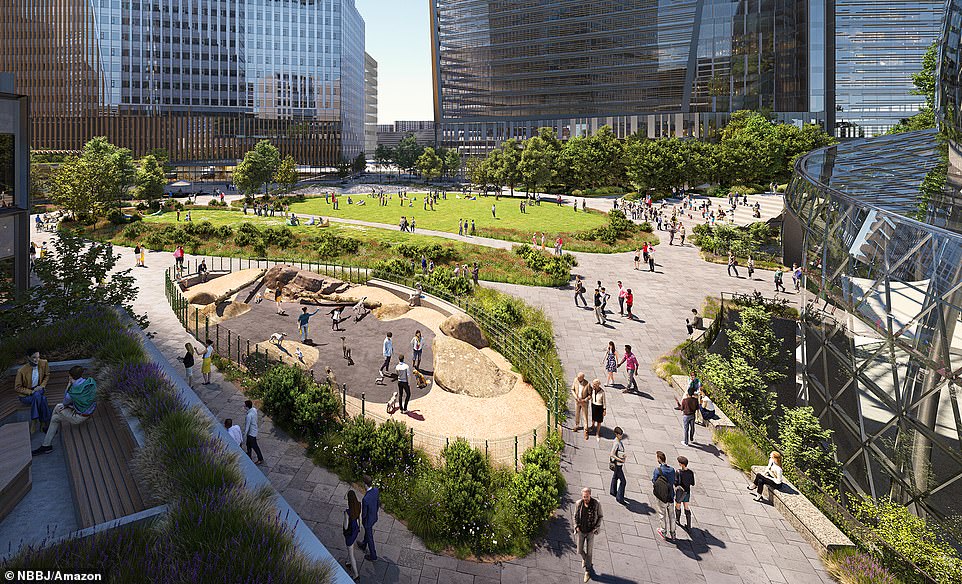 The new Arlington campus will also feature an outdoor park and community high school, and is set to open in 2025 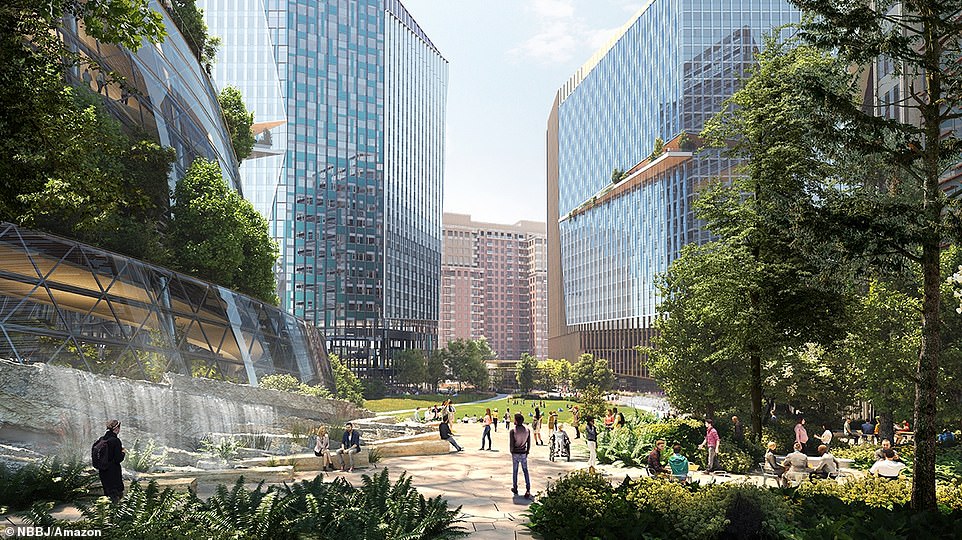 It spent years searching for a potential second headquarters, with multiple cities across the US setting out their stall.

Some even vowed to change local laws to make it easier for Amazon to set up and do business there.

They did so in the hopes that its presence would turbocharge their economies.

Amazon ultimately announced it had chosen New York City as its site in late 2018.

It said it was planning to open a huge new base on Long Island City in Queens, just across the East River from Midtown Manhattan. 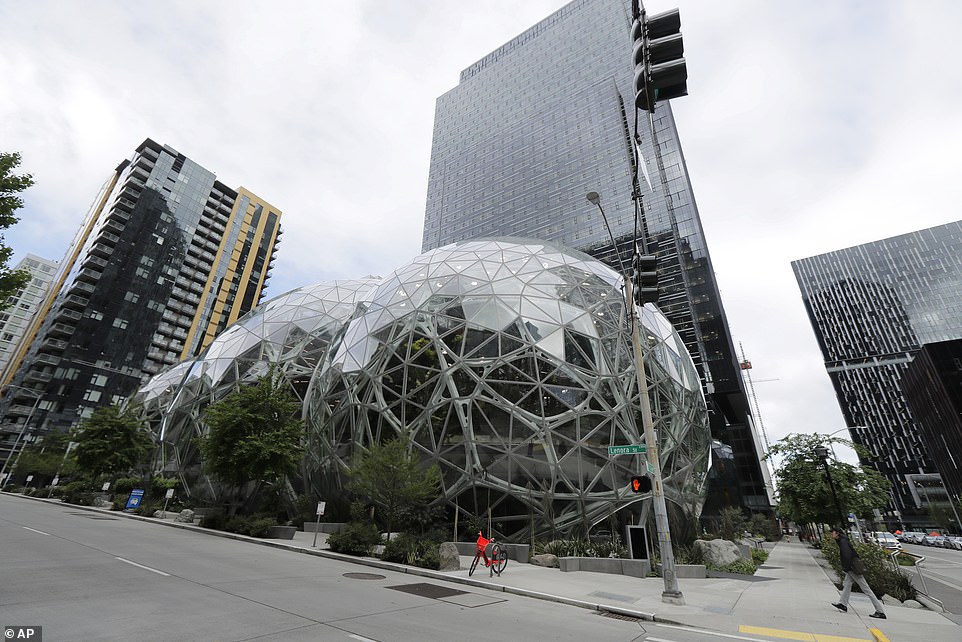 Amazon’s global headquarters is in Seattle, which is home to its equally-unique glass sphere-shared offices

That sparked fury from the cities that had lost out, who were angry that a metropolis already replete with jobs had landed yet another multinational firm.

Many New Yorkers themselves were also angry and feared Amazon’s presence would further gentrify a city already notorious for its astronomical cost of living.

There were also fears from progressive lawmakers – including US Representative Alexandria Ocasio-Cortez – that the new HQ would price-out poorer locals.

On Valentine’s Day 2019, the firm announced it had withdrawn its bid for its New York headquarters and was instead concentrating on building its Arlington site, which was announced alongside the Long Island City deal.