Amazon has banned sales of plant seeds coming from outside the EU after concerns about packets from China.

The Daily Mail revealed in July that households had received unsolicited deliveries of seeds which were being investigated by Government officials.

They were posted to customers who had previously bought legitimate seeds and were marked as ‘ear studs’ – potentially to avoid customs checks.

Other gardeners said they had received seeds from China and Malaysia wrongly labelled as ‘petals’ and ‘decorations’.

Amazon said it will now ‘only permit the sale of seeds by sellers based in the EU.’

Sue Westerdale, 63, from Dronfield, Derbyshire, who received a bag from China containing large black seeds, said: ‘I am very relieved that something is at last being done to protect people from whatever danger these seeds might pose. I’d like to thank the Daily Mail for publicising the issue.’

Mrs Westerdale, who runs a cosmetics business and is a keen gardener, said: ‘I have no idea what motive there was for people in China and Taiwan to export unsolicited seeds; but clearly you cannot take chances growing produce if you don’t know what effect they may have.

‘They could be invasive to the environment – and we have enough on our plate with coronavirus to be worrying about an unknown, non-native species of plant matter popping through the door.’

Mrs Westerdale binned her seeds after double-wrapping them.

Joanne McQueen, 71, a retired pub company area manager from Bassaleg, near Newport, South Wales, another gardener who received a delivery of Malaysian seeds, said: ‘The envelope described them as stud earrings. They should never have been allowed into the country.’

Some people commenting on Mrs Westerdale’s Facebook post told how they had contacted police, who removed and burned the seeds.

Other gardeners said they had received seeds from China and Malaysia wrongly labelled as ‘petals’ and ‘decorations’.

The Animal and Plant Health Agency, part of the Department for Environment has asked for the packages to be forwarded so it can study them.

Speaking in July, environmental expert Professor Ian Rotherham, of Sheffield Hallam University, said the seeds should otherwise be burned or wrapped up and binned.

He said: ‘Presumably the labelling is so the seeds get through Customs unchecked – although it is difficult to understand why they are being sent if they are not being paid for. 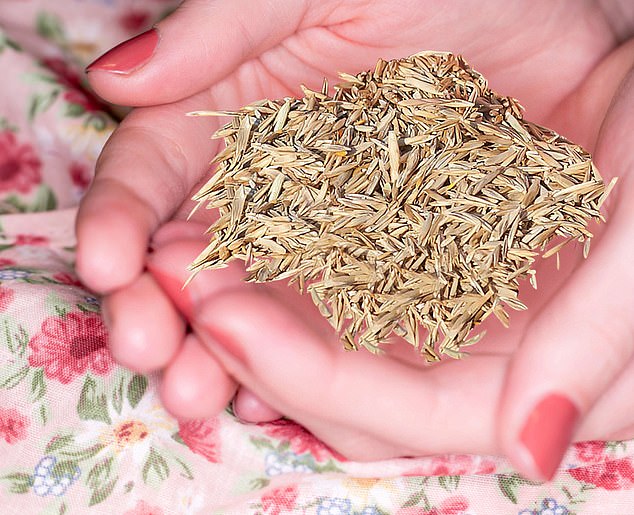 The Animal and Plant Health Agency, part of the Department for Environment has asked for the packages to be forwarded so it can study them

‘It may be that the seeds are of species we don’t want here. You don’t know what is going to come up – it could be potentially invasive.

‘There’s a security issue as well, if people are receiving something they haven’t ordered. How did those responsible get people’s names and addresses?’

Amazon said it had suspended some sellers in connection with the suspect seeds.

After coverage of the problem in the Mail, it emerged householders in more than 30 US states had previously received suspect deliveries.

An Amazon spokesman said: ‘This is an issue we are aware of and we value all feedback from our customers. I am able to confirm that going forwards, Amazon.co.uk will only permit the sale of seeds by sellers who are based in the EU.’