One of the most thrilling ‘office’ views in Britain is being shared online in a series of mesmerising videos.

Called Tales From The Tracks, it documents an Avanti Pendolino journey from London Euston to Glasgow Central – from the driver’s point of view.

And as a bonus, two Pendolino drivers with over 50 years driving experience between them provide a commentary, revealing all manner of interesting anecdotes and facts about the West Coast Main Line.

Tales From The Tracks documents an Avanti Pendolino journey from London Euston to Glasgow Central – from the driver’s point of view. In this still the train is approaching Linslade Tunnel in Bedfordshire at 125mph in full-tilt mode

Darran Townsend, a Driver Team Manager at Preston, and Dave Egerton, a driver based out of Manchester Piccadilly, talk about The Great Train Robbery of 1963 – and point out the section of track in Buckinghamshire where it took place as the train passes it – and reminisce about 2am journeys through the Lake District under a full moon with 360-degree views of snow-capped mountains.

They also reveal how a steam engine set a speed record of 114mph in 1937 on the approach to Crewe – and how the drivers left the braking a bit late and went through a 20mph limit at 57mph.

There was a bit of rocking and rolling, says Dave. 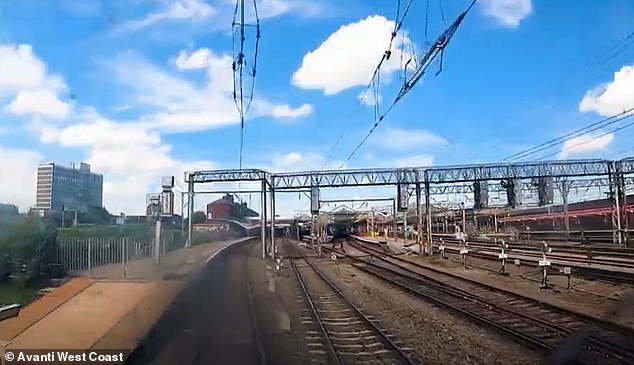 Here the Pendolino is pulling into platform 12 at Crewe station. Trains to Liverpool, Manchester and Scotland all pass through the junction here 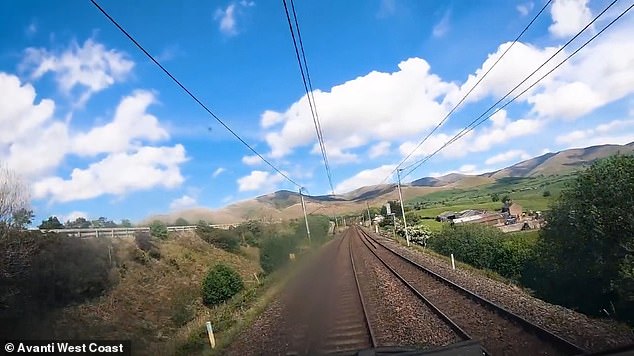 This still is from the Lake District section of the footage. Driver Darran fondly recalls a 2am magical moonlit journey through this part of England after a snowfall 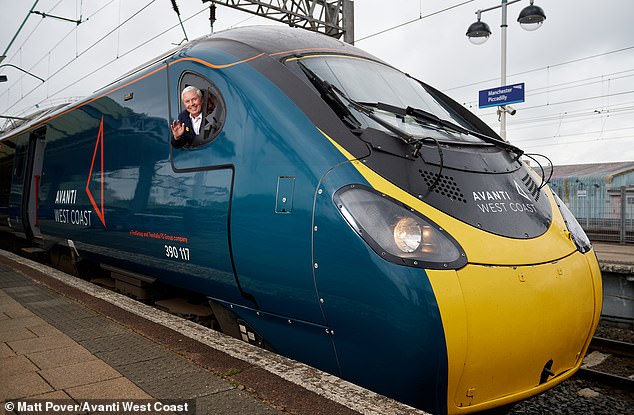 Train driver Dave at Manchester Piccadilly station. He said: ‘There can’t be many better office windows’ 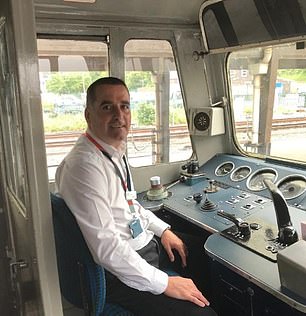 The vignettes were made during the lockdown using a front-mounted digital camera on Pendolino 390001, which departed Euston on the 12:10pm service and took four hours and 55 minutes to complete the journey at an average speed of 82mph.

Avanti said: ‘It is hoped the videos will help comfort customers who have missed travelling with Avanti West Coast, as well as inspire those considering a career as a train driver.’

Footage highlights include sailing past traffic at speed by the M1, heading through ‘single-bore’ Linslade Tunnel in Bedfordshire at 125mph at ‘full tilt – 11 per cent’ (‘many people riding as guests in the cab have ducked their head here’, says Dave) and gliding through the stunning surrounds of the Lake District.

Speaking about filming the footage, Dave said: ‘I’m so proud to say I’m a train driver. I really couldn’t imagine myself doing anything else,

‘It’s a real privilege to have been able to chat with Darran and share some insight into what it’s like to drive high-speed trains. There can’t be many better office windows.’