Amanda Redman has accused the British TV industry of taking an ‘ageist’ approach to older actresses and claims there is a shortage of good roles for females in their 50s and 60s.

The New Tricks star, 63, from Brighton, claims the UK fails to represent women of her age group on screen and argues it ‘doesn’t make any sense’.

Speaking to Platinum magazine, she said: ‘There really aren’t very many good roles for women in their 50s and 60s. When you get a bit older, once you get to the bonnet brigade, you’re fine, but the years in between are the worst.

‘It seems it’s just us in the UK who don’t represent my age group on screen and I really don’t know why, because 52 per cent of people watching television are women and there are so many interesting life experiences to explore as we get older. It doesn’t make any sense.

‘In Madam Secretary the two leads are in their late 50s and have a really healthy sexual relationship.

‘We in Britain tend to shy away from that. There’s ageism involved there. And – I’m going to get on my soapbox here – I believe that exists in this industry in our country.’

Amanda also discussed her burn scars and said connecting them to her character in The Good Karma Hospital made filming a very emotional process.

The actress was pronounced ‘clinically dead’ as an 18-month-old child after suffering 90 per cent burns to her body when she pulled a vat of turkey and sauce over her at Christmas. 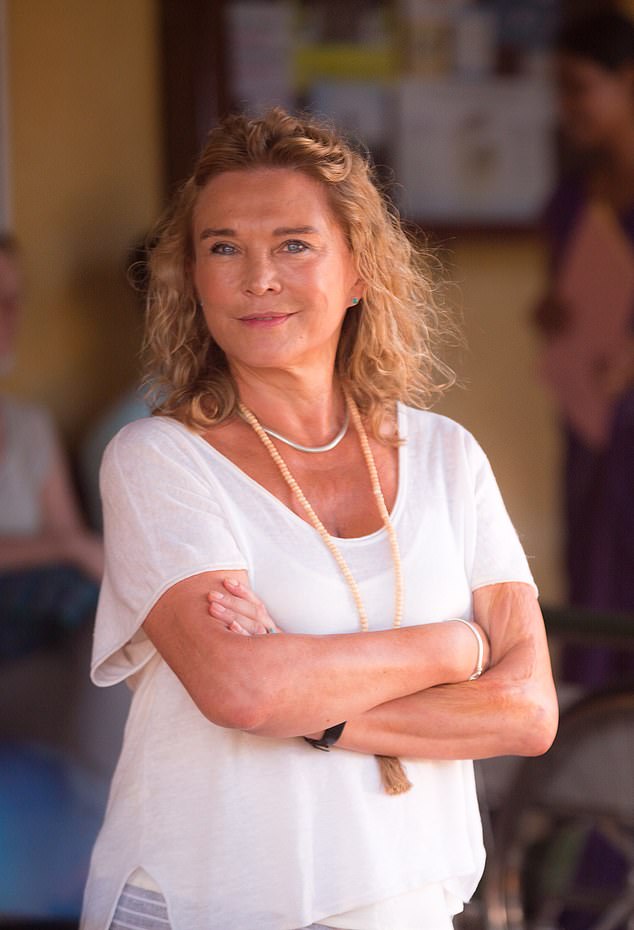 She previously revealed she doesn’t remember the harrowing incident, but it has left permanent scarring on her arm.

‘[The scars] made me who I am today,’ she told Platinum. ‘I simply don’t see them. It wouldn’t even cross my mind to wear a long-sleeved dress.

‘They call scars on horses “proud flesh” and I like to think of mine that way.’

ITV’s medical drama Good Karma Hospital tells the story of a disillusioned doctor, Ruby Walker, who heads for South India hoping to make a fresh start in Sri Lanka. Amanda stars as Dr Lydia Fonseca, and she suggested last year’s acid attack plotline to the show’s writers, according to the Radio Times.

In the second episode of the third series, one of the hospital’s new nurses, Jyoti (Sayani Gupta), became the victim of an acid attack by a spurned lover that left her with terrible burns.

Amanda conducted her research at the Queen Victoria Hospital in East Grinstead, a specialist reconstructive surgery centre where she spent most of her astonishing three and a half years of intensive treatment following her accident. 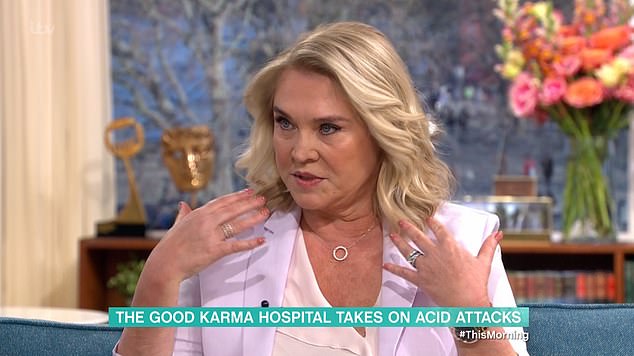 ITV’s medical drama Good Karma Hospital tells the story of a disillusioned doctor, Ruby Walker, who heads for South India hoping to make a fresh start in Sri Lanka. Amanda (pictured on This Morning) stars as Dr Lydia Fonseca, and she suggested an acid attack plotline to the show’s writers, according to the Radio Times

‘We connected my burns to the character’s, so that makes it more emotional, as Lydia relates to the victim,’ Amanda explained.

‘Filming the scenes where we treat the victim was difficult for all of us. We did a showering scene and it was incredibly realistic.

‘Bits of hair and flesh were peeling off and it was quite disturbing. Normally film crews don’t show any emotion but they really did react to this.’ 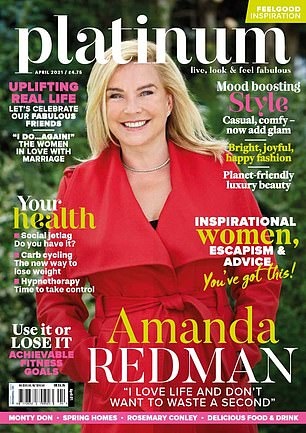 Amanda added that the character is ‘probably the closest to her that she’s ever played’, describing her as ‘witty, passionate and strong’ as well as being compassionate without ‘putting up with any s***’.

She said filming in Sri Lanka has brought out a spiritual side to her.

‘It is so beautiful, it honestly makes me want to cry,’ she said. ‘I’ve never been particularly spiritual.

‘I have had moments when I’ve felt certain things, but there I feel… it.

‘I feel a quiet and a calm there, despite long hours filming, the noise and the hectic way of life. I can’t explain it but it’s really true.

‘There’s a fantastic acceptance and positivity surrounding illness and death. It just is what it is.

‘Death is always around the corner and these people accept that and just say, “You’ve got to get on with life”.

‘That’s a wonderful attitude to have. We’re too spoilt in the UK. In Sri Lanka you can’t take it for granted that you’ll live a long life and be entitled to good healthcare.’

Read the full interview in the April issue of Platinum – out February 24.