EXPRESS INFORMER > News & Politics > AMANDA PLATELL: How Wills turned into a right royal Goon on the Big Night In – and we loved it!

Who’d ever have thought it? The most reliable, and dare I say wooden, member of the younger royals stole the show with a comic turn on the BBC’s fundraiser The Big Night In.

Yes, there was Prince William in a Blackadder sketch with Stephen Fry joking he wasn’t wearing any trousers! His Goon-loving dad Charles would have been tickled pink and very proud, even if a bit envious.

It didn’t matter that William’s timing wasn’t perfect, in fact it was all the better for it. Social media went wild after his appearance in the charity telethon which raised £27 million for front-line workers.

The most reliable, and dare I say wooden, member of the younger royals stole the show with a comic turn on the BBC’s fundraiser The Big Night In

This was a new William — funny, beguiling, self-deprecating, as though finally he had come into his own and become the Prince he was meant to be. Which makes me wonder, what is it that has changed for him?

Perhaps it is the loving and stable home life Kate has provided. After his sketch she was teasing him over his performance as all of the family turned out to clap for carers and NHS workers outside their front door at Anmer Hall in Norfolk.

Another explanation for William’s new joie de vivre, though, may be the absence of his younger brother Harry, who’s on the other side of the world, and barely concealing his contempt for everything the Royal Family stands for.

In early January, after Harry and Meghan revealed they were unhappy as working royals (although they still wanted to trade on their royal titles), friends of William spoke out tellingly on a trip to Africa.

He told one: ‘I’ve put my arm around my brother all our lives and I can’t do that any more. We are separate entities. I am sad about that.’

What was once an unbreakable bond between the boys appears to have been broken. And certainly, there is sadness in that. But could Harry and Meghan walking away have released William from the heavy burden of taking care of his younger, angrier and more mentally fragile younger brother?

Has the albatross of sibling responsibility finally been lifted from William’s neck — and released the Goon in him? I do hope so.

For what is clear from this apparently trivial royal moment is that William is prepared to have a go for his country — while, sadly, Harry has just gone.

An email has just arrived from Sky TV, asking me for customer feedback. Yes, please — since I am a long-standing customer, give me a rebate of the almost £30-a-month sports package I’ve paid for during the lockdown.

Top Gun and Batman Forever hardman Val Kilmer says he cried every day for six months after the love of his life Daryl Hannah left him 20 years ago.

‘I knew I would love her with my whole heart for ever and that love has lost none of its strength.’

She is now married to singer Neil Young. Which reminded me of when I first heard his track Needle And The Damage Done.

As a 16-year-old, I thought it was about getting your finger speared by the old foot-pedalled Singer sewing machine.

London mayor Sadiq Khan has been quick to criticise the Government’s handling of Covid-19, but a reminder of his own failings comes with the news that knife crime in the capital has reached an all-time high, with 42 stabbings a day, 87 deaths last year and few convictions.

Perhaps Khan’s boundless energy could be better spent concentrating on his day job.

Newsnight’s ex presenter Jeremy Paxman, 69, says the elderly have been discarded by society. We should listen to him. He ditched his partner of three decades for young blonde books editor Jillian Taylor, leaving Elizabeth and their three children distraught.

Paxo is indeed an expert on discarding.

We all adore Jamie and Jools Oliver, yet was it wise to trumpet she is planning another baby, her sixth, before she turns 47 and her reproductive equipment starts to shut down?

Perhaps not the right time to rejoice in easy motherhood, when IVF treatment for the many thousands of women who cannot have children naturally has been stalled during the crisis. Along with their precious few eggs, their dreams of becoming a mum are in deep freeze.

Scurrilous sources whisper that the poorly PM will not be rushing back to work in full harness as he wants to reappear on his white stallion to save the country when there is good news to announce. Given Prof Chris Whitty’s proclamation we will be in lockdown for 12 months, that could take until Christmas.

The blame game is beginning for those who have bungled our corona response. First for the chopping block is Health Secretary Matt Hancock who, after months of dithering since the virus broke out, now announces his ‘Test (suspected victims), Track (their recovery) and Trace (those they may have infected).’ Germany did that three months ago, and have had 67 deaths per million of the population, compared with our 281.

Memo to Boris’s fiancee Carrie Symonds after she tweeted that live animal markets in China should be closed: take a leaf out of Samantha Cameron’s book.

The most admired First Ladies are seen but not heard. The last thing we need in No. 10 is another Greta Thunberg. 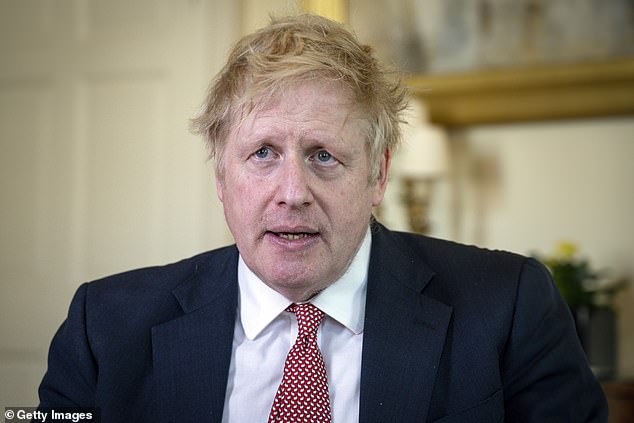 Hilarious that during the video she shot in her bathroom on looking good in lockdown, Trinny Woodall’s rather portly boyfriend, Charles Saatchi, the millionaire ad man, appeared naked, lumbering into the shower.

Nigella, the ex-wife whom Saatchi infamously appeared to strangle outside a restaurant, will be having the last laugh.

Our sweetheart Olympic diver Tom Daley, who at 25 is almost half his partner’s age, has taken to staying up late into the night knitting.

Husband Dustin Lance Black is aghast, and rightly so, saying he feels like he’s married his grandmother. A purl of wisdom, if I may Tom.

When a hot, older guy falls madly in love with a beautiful young athlete in budgie smugglers and marries him, he’s not looking for his partner to spend these long lockdown evenings casting off — unless you’re trying to give him the needle.

Evidence given in the High Court reveals that Meghan Markle has had no contact with her father, Thomas, for two years. How terribly sad, for both of them.

I still have messages from my dad who died a year ago on my answer phone, which I cannot bring myself to delete.

In this world where mums become besties, we often forget how important dads are to daughters. They are our anchors.

Sort it out Meghan. A life without your dad is a life less lived.

First to Kevin, the Tesco delivery man who arrived at 6am, the first slot I’ve been able to get in a month. He’s working double shifts and looked a bit frazzled until I offered him a coffee and his face lit up. Not as much as mine did getting some much-needed loo rolls.

To the Canadian urban singer The Weeknd — aka Abel Makkonen Tesfaye — who was about to topple 99-year-old Captain Tom Moore’s hit You’ll Never Walk Alone in the singles charts after he raised £28 million for the NHS walking around in his garden. Abel told his 11 million Twitter followers to download Tom’s song and make him No 1 which, in all our hearts, he already is.

And a shout down, to Dr Foster star Suranne Jones, who bemoans her husband’s snoring and demands he sleep in a separate room. For the millions of us enduring Lockdown Loneliness, a human being snoring beside us in bed would be bliss.

Blink and you would have missed it, but Wednesday was World Earth Day.

Jennifer Lopez shared a picture celebrating one of our greatest natural creations — herself — with breasts oozing out of an eye-wateringly tight swimsuit.

And, I note happily, a hint of cellulite. 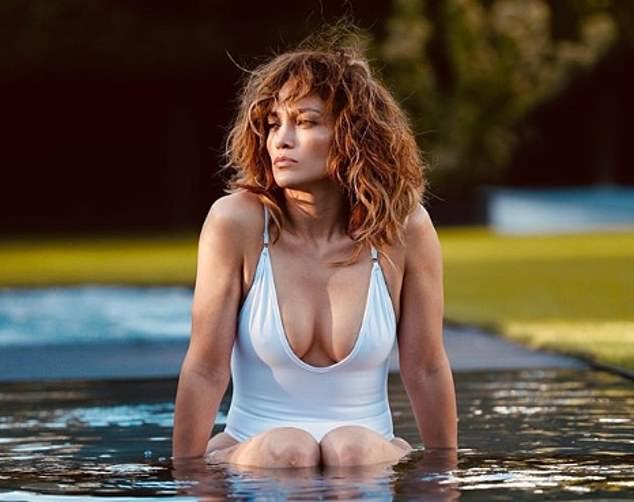