She’s been enjoying a holiday in Mauritius at a luxurious five-star LUX Grand Baie.

And Amanda Holden shared a picture of herself on Instagram on Wednesday, looking stunning in a coral bikini as she walked along the water’s edge.

The radio presenter, 51, wrote that she was now returning to work after her break, writing: ‘Goodbye sunshine❤️ Back on @thisisheart tomorrow morning from 6:30am.’ 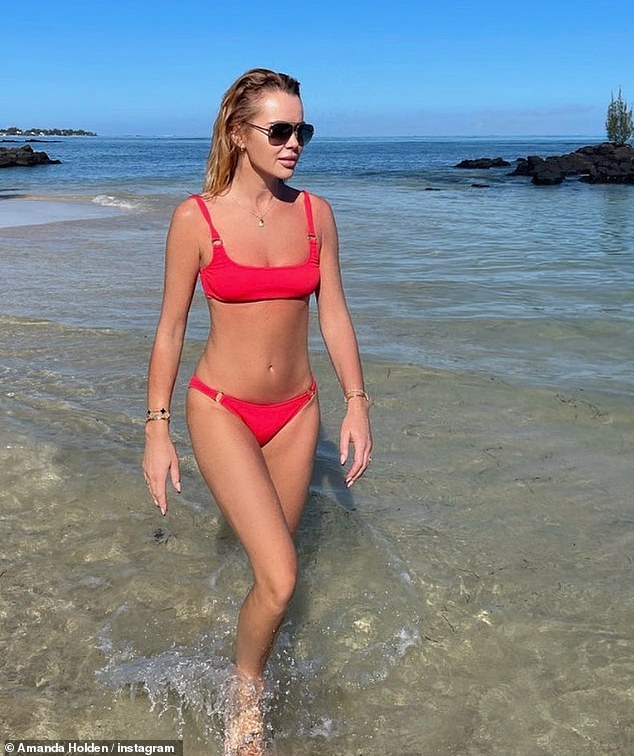 Splashing around: Amanda Holden posed in a coral bikini as she shared final snaps from her trip to Mauritius on Instagram on Wednesday before waving goodbye to the sunshine

She also took to her Stories to share a picture of herself wearing a white bikini as she sat in the middle of a brick structure.

Amanda rang in the new year at the holiday hotspot, along with her husband Chris Hughes and their two daughters, Lexi, 16, and Hollie, 10.

After celebrating Christmas in New York, the family continued their travels with a trip to Mauritius.

The Heart FM host has said she is hoping her husband will be convinced to let her help renovate their next home after watching her new DIY TV show on Friday. 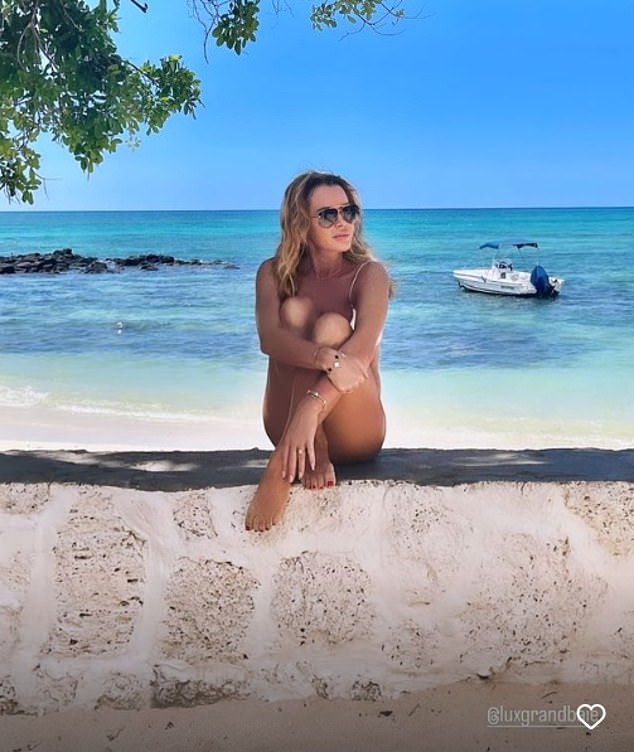 Bikini-clad beauty: Amanda rang in the new year at the holiday hotspot, along with her husband Chris Hughes and their two daughters, Lexi, 16, and Hollie, 10

The Britain’s Got Talent judge helped do up two flats in Sicily this summer with comedian pal Alan Carr, 46, for their new BBC show, Amanda & Alan’s Italian Job.

She admitted how good it felt to ‘physically get stuck in’ and is hoping her music producer husband will let her knock down walls, tile and plaster their new home.

Amanda told The Mirror: ‘I want my husband to see me doing it because at home, he wouldn’t trust me to do half of it. It’s been rare that I’ve been allowed to tile something. 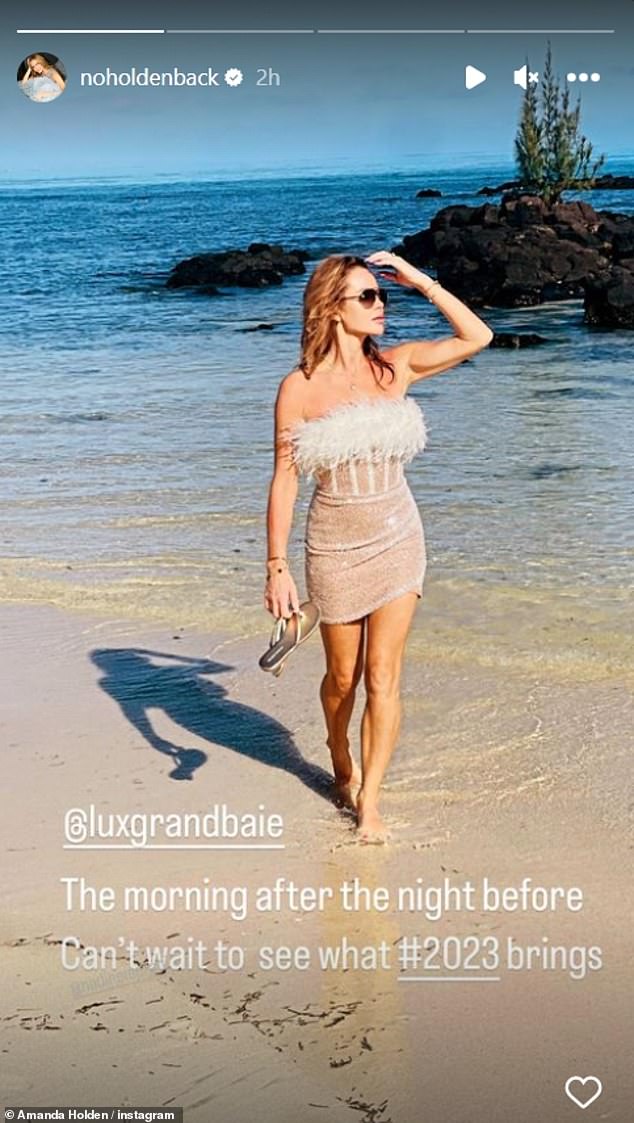 The morning after: Amanda started the new year in style, hitting the beach after a night of partying with her family

‘I want him to let me physically get stuck in more. It’s been much more satisfying knowing we’ve done it and there’s walls that we’ve done – and they’re not wonky or falling down.

‘Tiling we’ve done… we’ve made lights, we’ve made the whole kitchen out of breeze blocks.’

The TV personality told her husband earlier this year that she wanted to move out of their lavish Surrey mansion which they bought in 2015.

Amanda said she is bored of the house, which is on the market for £5million, because it is too perfect and there is nothing left to improve.

She gave the luxurious property a showbiz makeover and is hoping to make a £1.5million profit having splashed out £3.5m on the five-bedroom home seven years ago. 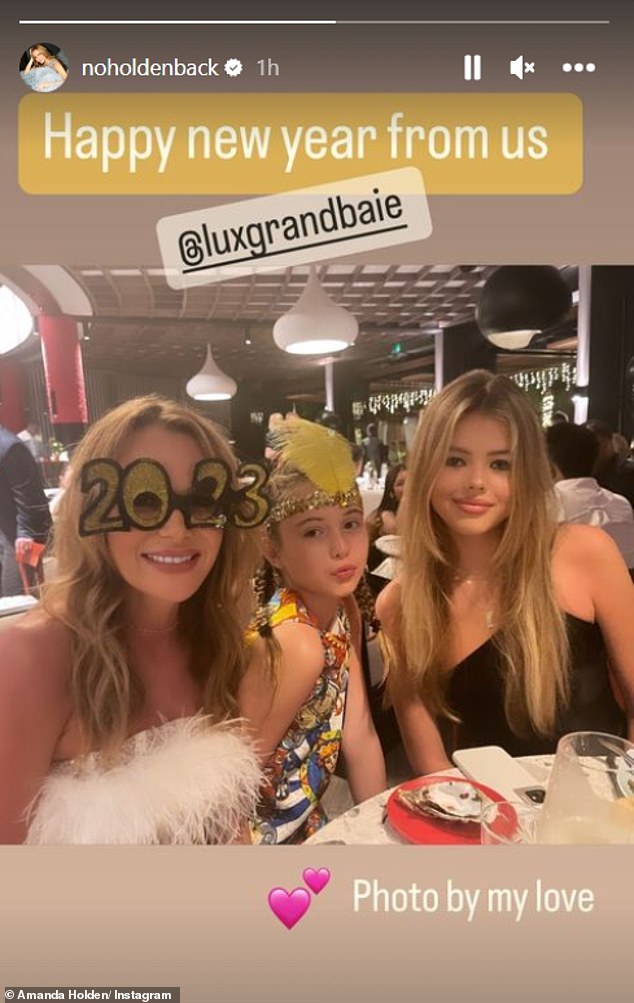 2023! She celebrated New Year’s Eve in style as she joined her daughters and husband Chris Hughes on a holiday to remember 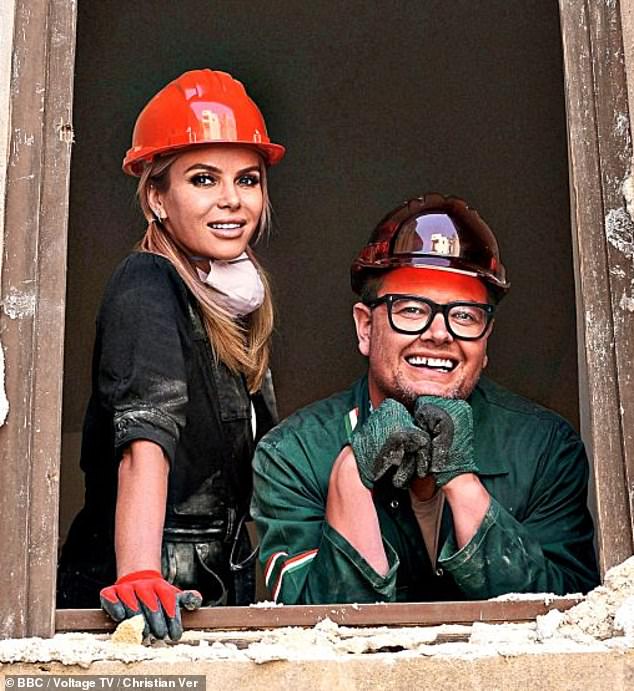 ‘It’s been rare’: The Britain’s Got Talent judge helped do up two flats in Sicily this summer with comedian pal Alan Carr, 46, for their new BBC show, Amanda & Alan’s Italian Job