She had high hopes of completing Dry January at the start of 2022.

But Amanda Holden, 50, has admitted she’s already fallen off the wagon just a week in.

The Heart FM breakfast show host made the confession on her radio programme on Monday morning as she divulged she enjoyed a drink on Friday evening before having a Harveys Bristol Cream Sherry with her roast on Sunday.

Bucking the trend: Amanda Holden, 50, has admitted she’s already fallen off the wagon just a week into Dry January this year

She declared: ‘Well I have to confess, that I fell off the wagon,’ to which her co-host Jamie Theakston, 51, asked: ‘Oh dear. Saturday?’

‘And then yesterday, as I always do when I make a Sunday roast, I have a small Harveys Bristol Cream Sherry and I always toast my nan. 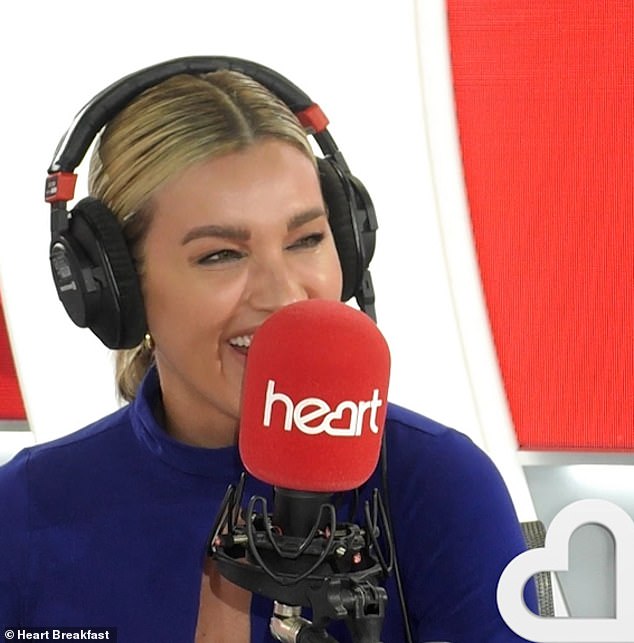 In good company: Amanda was not the only person to have failed at the popular January challenge – Heart FM showbiz reported Ashley Roberts, 40, has also had a drink this month

‘My nan liked a sherry, so I was saying “cheers Nanny” and so yeah, and I had pizza on Friday and I made a roast dinner yesterday and I went out on Saturday.’

Jamie pried: ‘So just the one Bristol Cream, because that’s hardly falling off the wagon is it?’

‘I had two,’ confessed Amanda. ‘Well you know how I take my Sherry, this is an interesting one. 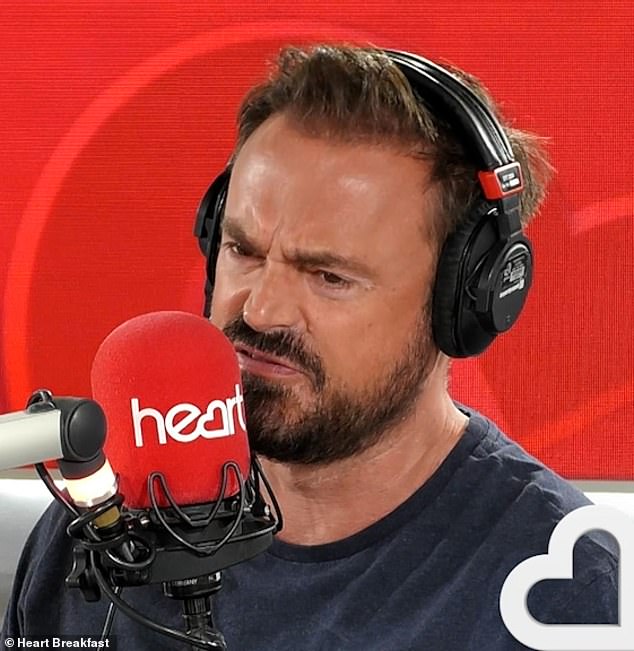 Enjoying a tipple: Amanda told her Heart FM co-host Jamie Theakston, 51, on Monday she’d enjoyed a drink on Friday evening before having a Harveys Bristol Cream Sherry on Sunday

‘My nan used to have it in a little schooner, that’s how she used to do it, and I used to do that but I’ve since taken to having it on ice with a slice of orange,’ prompting Jamie to joke: ‘In a pint glass?’

The discussion then turned to the show’s showbiz reported Ashley Roberts, 40, who admitted her weekend followed a similar theme.

‘How was your weekend?’, asked Amanda.

Ashley told her: ‘It was good, I fell off the wagon as well,’ which prompted Jamie to ask: ‘You two didn’t do that together did you by any chance?’ 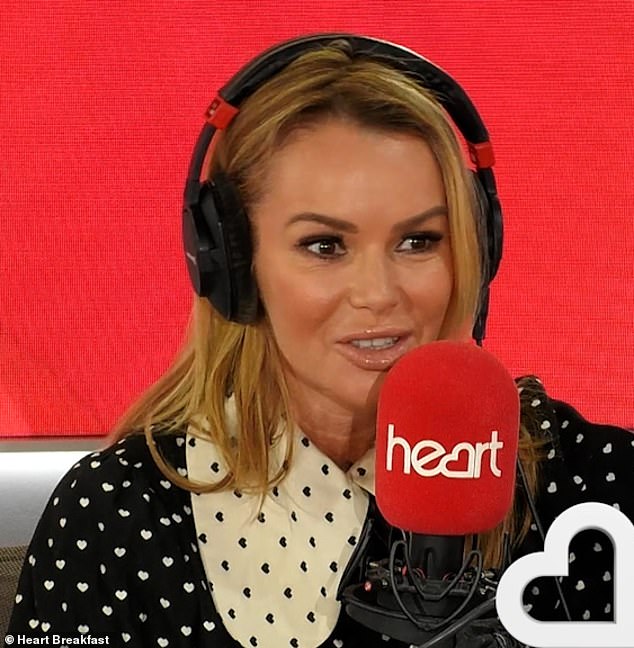 Cheeky: Amanda confessed to enjoying two sherries with her roast dinner after having a drink with some pizza on Friday

Amanda insisted they didn’t while Ashley responded: ‘No but I did send her a picture of my gin, I’m just saying.

‘And I sent her a picture of my gin,’ declared Amanda.

Sensing the pair had encouraged one another’s actions, Jamie said: ‘Independently you would have been fine but I have the feeling you egged each other on.’

Amanda replied: ‘We might have done, we made each other feel better for falling off the wagon. Anyway I keep saying we’ve been denied so much, why are we doing this to ourselves!’

However, Ashley had plans to get back on track, with the Pussycat Dolls star saying: ‘This is true, although I’m back on it for Monday.’ 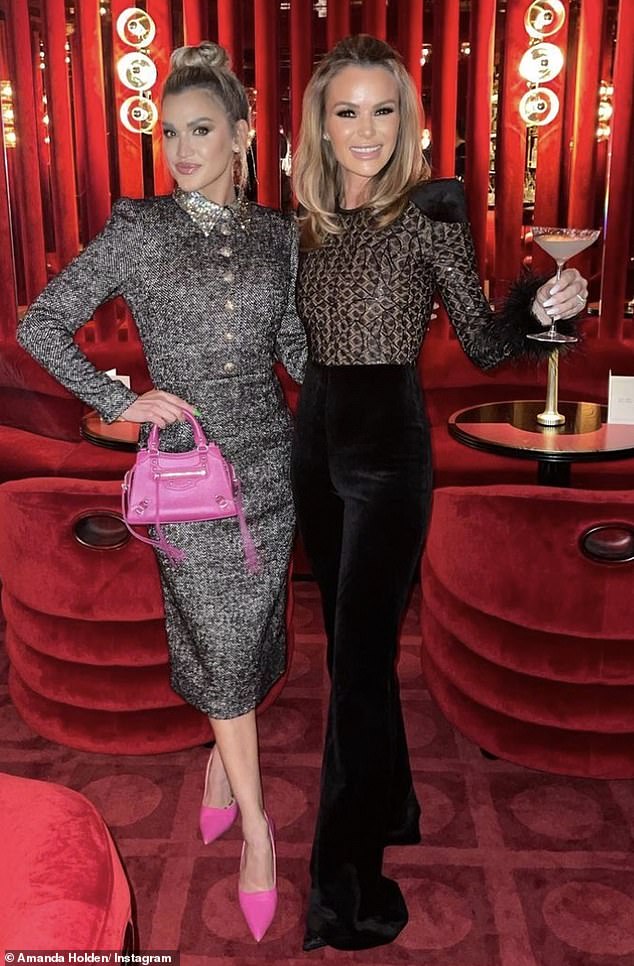 Oops! This is not the first time Amanda has fallen off the wagon when it comes to Dry January (pictured with Ashley in November)

But Amanda insisted: ‘We should just do it Monday to Fridays.’

This is not the first time Amanda has fallen off the wagon when it comes to Dry January.

In 2021 she managed a few more days as she made it 19 days into the challenge.

When asked by Jamie how she was doing last year, she explained: ‘Let me just say, at the middle of the week, I fell off the wagon quite majorly last night…’

Jamie teased: ‘You didn’t only fall off the wagon, it was a spectacular pile-up.’

Amanda replied: ‘It fell off, the wheel came off, I didn’t have a spare one…’

‘You got so close!’ Jamie teased. ‘It’s the 20th, you were within touching distance.’

Tune in to Heart Breakfast with Jamie Theakston and Amanda Holden weekdays from 06:30am – 10:00am. 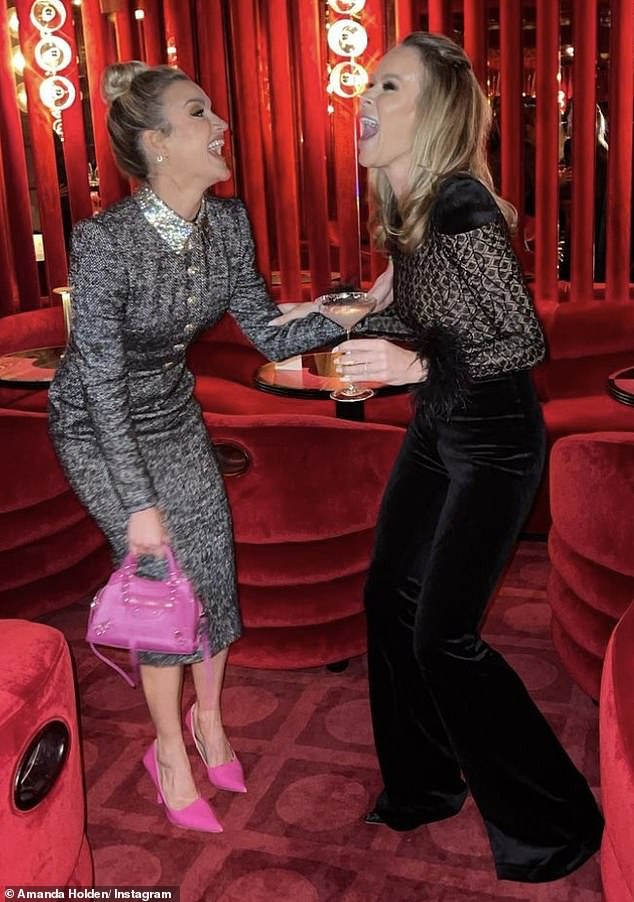 Close to the finish line: In 2021 she managed a few more days as she made it 19 days into the challenge