Coronation Street’s Amanda Barrie, 86, claims she would’ve been sacked if she came out as bisexual in the 80s

Coronation Street star Amanda Barrie has revealed she kept her sexuality a secret when she started working on the soap, as she believed she would’ve been sacked if it came out.

The actress, now 86, waited until 2003, aged 67, to come out as bisexual due to fears it would harm her career prospects.

Amanda joined the ITV soap in 1981 playing the hugely popular, Alma Sedgewick, a role she played until 2001.

Opening up: Coronation Street’s Amanda Barrie, 86, has claimed she would’ve been sacked if she came out as bisexual in the Eighties (pictured in 2019)

At the time, she was married to theatre director and actor Robin Hunter, whom she wed in 1967. The couple separated in the mid-1980s and were still legally married when Robin died from emphysema in 2004.

Although she was married to a man, rumours of Amanda’s bisexuality continued to swirl, with Amanda telling the Conversation Street podcast: ‘Every week I would come up to the office.

‘I spent a fortune on solicitors because believe me if that had happened to me at that time they would not have kept me in Coronation Street and I will stand by that.

Not because of them [the producers] but because of people, who shall be nameless, who would’ve said, “I’m not working with her.”‘ 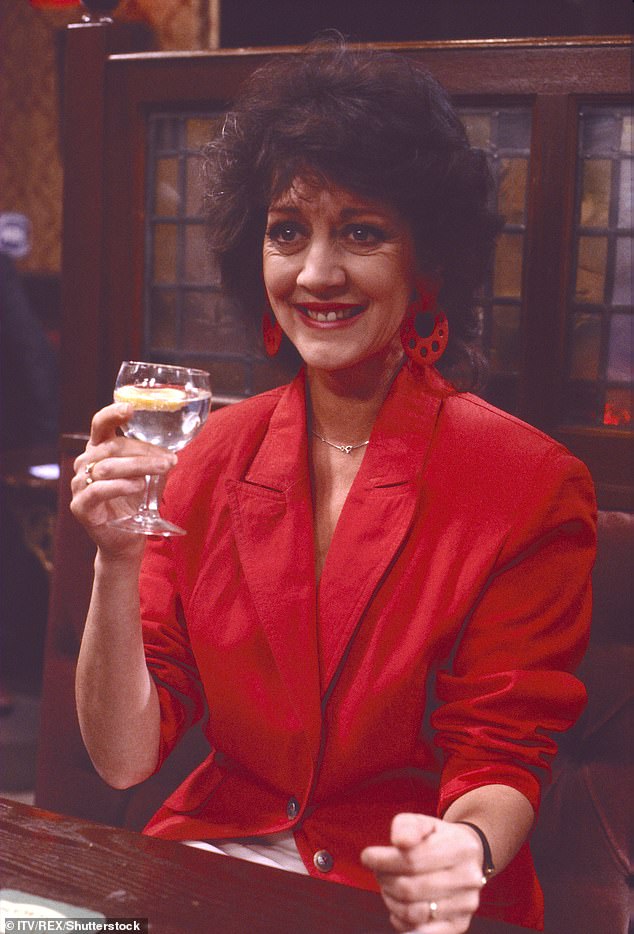 Iconic: Amanda joined the ITV soap in 1981 playing the hugely popular, Alma Sedgewick, a role she played until 2001 (pictured in 1989)

Amanda went on to note that things are far different now due to the LGBT cast members on the soap such as Antony Cotton, Daniel Brocklebank and Rob Mallard.

She exclaimed: ‘Now, I fall about, I said, “Bloody hell, are they opening a gay club in Coronation Street now?”

‘What’s going on? How many are they? They’re all coming out. Why didn’t they come out when I was there? I good have had so many hooks if they’d come out. I was ahead of the game.’

Amanda – whose character was killed off from the soap in 2001 in a cervical cancer storyline – revealed she’s still a big fan of the show, noting: ‘I watch it religiously. I’ll just catch up with the family.’

MailOnline has contacted a Coronation Street spokesperson for comment. 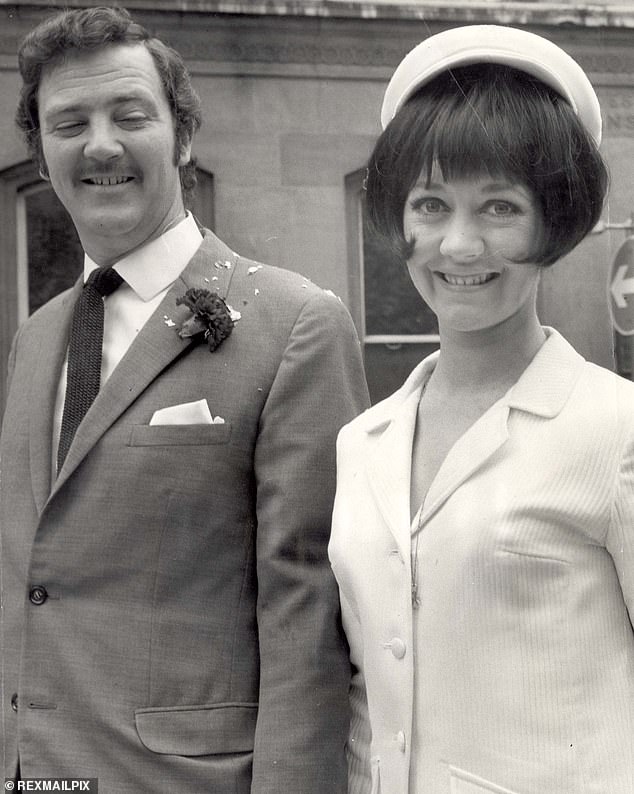 Husband: Amanda was married to theatre director and actor Robin Hunter, whom she wed in 1967. The couple separated in the mid-1980s

Amanda previously said on Loose Women in 2016 about her fears: ‘I remember just being absolutely terrified because I knew at that time, I think I’m right to say, I would have lost my job.

‘Not now but I honestly believed it that. I also felt really guilty myself because they made me feel guilty.

‘I was playing Alma and then I had this whole other life and I felt like I couldn’t look anybody in the eye.’

Amanda revealed her bisexuality in he 2003 autobiography It’s Not a Rehearsal, and following her stint on Corrie went on to star in Bad Girls and Benidorm.

The actress went on to marry long-term partner Hilary Bonner in 2014. 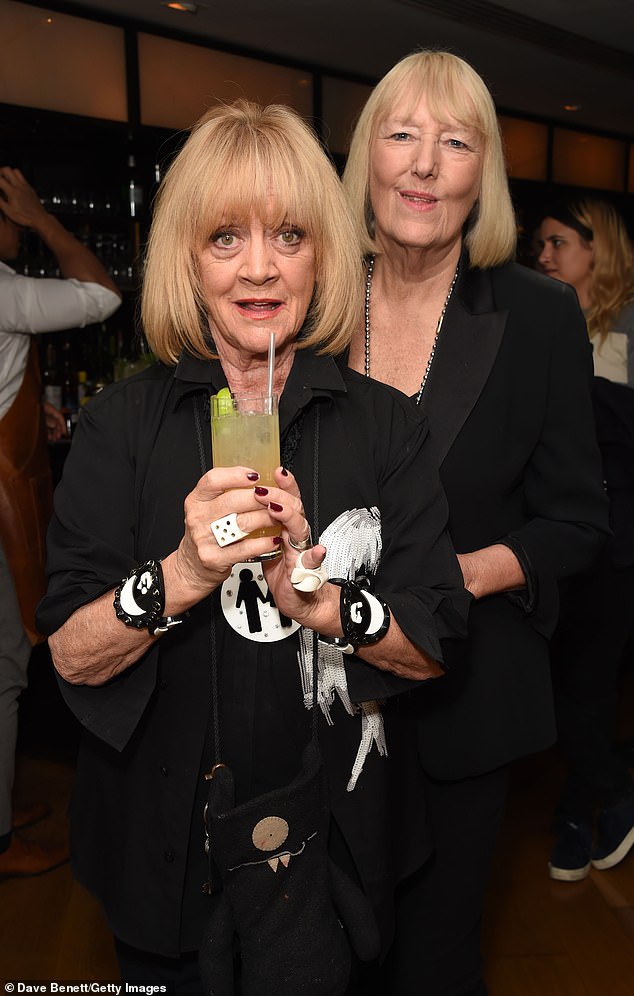 Cute couple: Amanda revealed her bisexuality in he 2003 autobiography It’s Not a Rehearsal and went on to marry long-term partner Hilary Bonner in 2014 (pictured in 2018)