EXPRESS INFORMER > News & Politics > Am I wrong to tell my nine-year-old she’s pretty every day?

Am I wrong to tell my nine-year-old she’s pretty every day? Friend says I should focus on personality and talent

Although her son, now 13, gets embarrassed when his mum tells him he’s handsome, Julie’s daughter Adriana is still showered with praise.

‘I tell my nine-year-old daughter that she’s pretty, lovely, has the sparkliest eyes, and the warmest smile at least a dozen times a day’, the journalist from Hampshire tells Metro.co.uk.

Although Julie had always thought this was completely normal ‘mum’ behaviour, one of her friends has since told her she should be rethinking her comments.

‘She said it was an archaic thing to tell girls they’re pretty in this day and age, and that instead of drawing attention to her image, I should remark on her talents and personality,’ explains Julie.

Julie Cook from Hampshire always tells her daughter, Adriana, 9, that she’s pretty and never gave it a second thought until a friend criticised her

‘For a few days it made me wonder: was I doing the wrong thing? Was I making her prioritise looks and not the other characteristics that made her… her?’

The mum-of-two is now firmly of the opinion she is doing the right thing by heaping praise on her daughter’s looks.

‘I believe that building your daughter up, and telling her she’s lovely, is an important part of ensuring she has self-esteem. Imagine never being given one compliment on your looks in your entire childhood, surely that would be more damaging?

‘In a looks-based world, telling your child they’re just as beautiful as anyone else is of crucial importance.’ 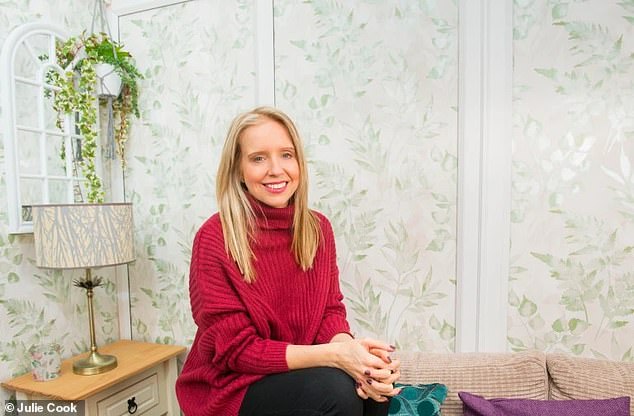 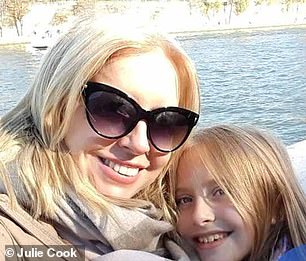 Julie recalls an incident a couple of weeks ago when Adriana spotted an airbrushed woman on the internet and started comparing herself to this person. In response, the mum told her daughter that no one looked like that.

‘I then launched into my daily confidence boost of how lovely her hair is, how clear her skin is, how wonderful she looks in her new fluffy coat – that she is perfect just as she is.

While Julie does see the merit in complimenting qualities other than looks, she also makes sure to comment specifically on Adriana’s appearance because she worries about her little girl’s wellbeing if she didn’t.

Julie adds: ‘Like all mums, I believe my daughter is pretty. All little girls are! Their sweet smiles, their endearing faces, the bloom on their cheeks.

‘Yes, my girl is nice-looking but, to be honest, I would call my daughter pretty even if she looked like a marrow. Because, to me, she always would be.’

Visit Metro.co.uk to read the full version of this article