It was the moment every kid dreams of, where they’re allowed a night of no holds barred fun with chocolate fountains, mattress slides and a massive pillow fight.

But the experiment on Nine’s hit new show Parental Guidance came at a price with one child Jagan, 9, reduced to tears after he was parted from his strict routine parents, Brett and Tony.

And on Sunday night, it handed over control of all 12 children for one night to ‘free range parents’ Penny and Daniel, who organised a raucous sleepover party for them.

‘They’ve got this no rules go with the flow approach,’ Dr Coulson said. ‘There’s not going to be any stress over things like mealtimes and bedtimes.

WOULD YOU TRUST YOUR KIDS WITH ZERO RULES?

‘Free Range Parenting is not about being completely permissive, and letting the children run riot.

‘It’s about saying we want to give you opportunities to expand your horizons and we’re not going to helicopter you.

‘But a lot of these children haven’t experienced this level of autonomy. It might be a tricky adjustment.’

Daniel added: ‘We believe as free parents that our kids have been given good values.

‘And so when the kids are given the choice of what do you want to do? I think what will happen is that those values will come to the surface.’

But as the children tucked into a giant chocolate fountain with marshmallows, one youngster admitted: ‘My parents would never allow this…’

The freedom proved too much for young Jagan who broke down in tears and had to be comforted and reassured by Daniel before the party had even begun.

It was the moment every kid dreams of, where they’re allowed a night of no holds barred fun with chocolate fountains, mattress slides and a massive pillow fight (pictured)

His dad Tony revealed: ‘I could see his mind sort of thinking: “What was going to happen?”

‘He likes his 8.30 bed time. He doesn’t like anyone talking. He’s gotta have his fan. He’s quite sort of anxious around his routine.’

With the option to do as they pleased, the kids enjoyed mattress slides down the staircase and unfettered access to computer and video games as other parents looked on in horror.

‘Why are all three of our children gathered around a screen?’ asked one couple as they watched from a distance.

‘There was a large group of the children just glued in to a laptop and almost oblivious to what was going on around them in the room.’ 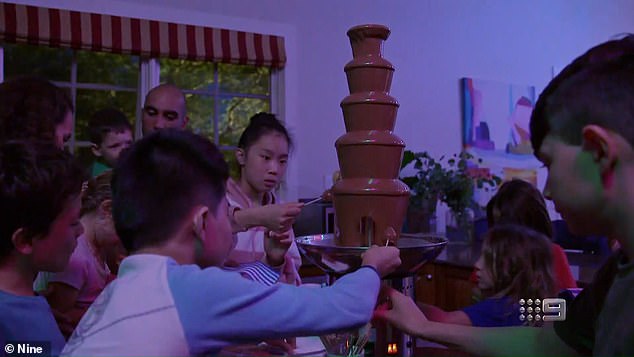 But as the children tucked into a giant chocolate fountain with marshmallows (pictured), one youngster admitted: ‘My parents would never allow this…’ 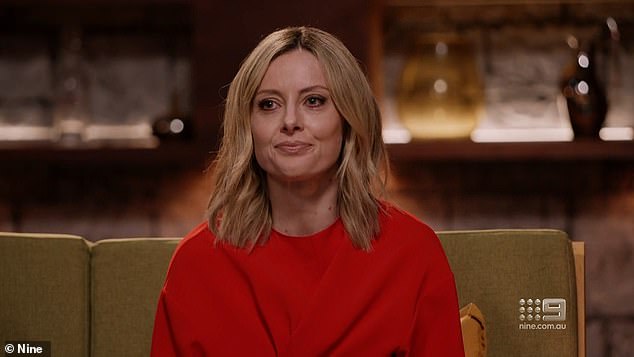 Another concerned parent added: ‘There was no sense of family.

‘A lot of the children just doing their own thing, doing what they wanted to do, but the collective sense of togetherness didn’t exist at all.’

Dr Coulson admitted: ‘I would imagine that most parents would be pretty uncomfortable with the breathtaking informality.

‘It’s kind of everyone for themselves. The kids are coming and going as they please there’s not really any engagement anywhere.’

Tiger parents Kevin and Debbie admitted it was the ultimate test for their kids.

‘This party is like putting Mimi and Leo’s self-control to the test,’ admitted mum Debbie. ‘Will they gobble down all the chocolate or will they control themselves?

But Penny insisted: ‘The plan for the sleepover tonight is just have a lot of fun. 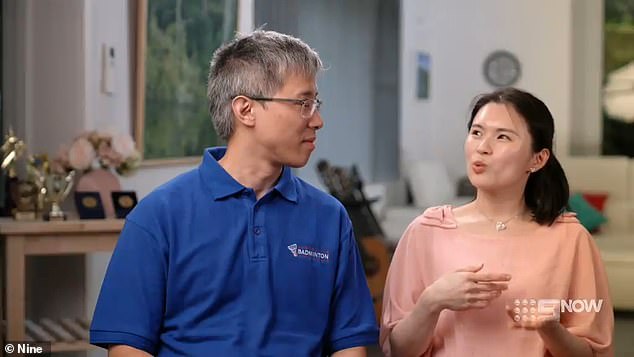 Tiger parents Kevin and Debbie (pictured) found it difficult to watch the wild pillow fight and mattress surfing, fearing their children could get hurt

‘I think if we wear these kids out, they’re all going to get to the point where they want to fall asleep eventually and we won’t have them awake all night!’

The party peaked with a massive pillow fight that left the giant lounge room ankle deep in feathers, but many of the children then helped with the clean up afterwards.

Tiger mum Debbie added: ‘That was scary – that was too scary for me to watch.

‘That was a once in a lifetime experience for Mimi and Leo.’ 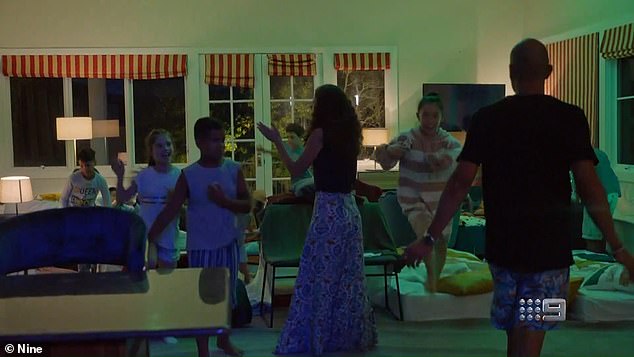 But free range mum Penny beamed: ‘I don’t think the kids will forget this pillow fight anytime soon. I think it’s really an amazing memory they’ll have for life.’

Dr Coulson hailed the free and easy parenting style  and said it did have its own benefits and even came with some limitations.

‘One thing that we’ve seen with free range parents is that it’s not permissive,’ he said at the end of the experiment. ‘It’s not letting the kids do anything.

‘They still have limits. It’s just that they want their children to experience life.

‘When it comes to bedtime Penny and Daniel have shown us that they will insist that those screens go off and the kids wind down.’