The new black presenter of ITV’s This Morning was so concerned that her promotion might be perceived as ‘tokenism’ that she initially turned down the role, The Mail on Sunday can reveal.

Friends of Alison Hammond, who will team up each Friday with Dermot O’Leary as replacements for Ruth Langsford and Eamonn Holmes from January 8, say the job offer – just two months after the show’s editor Martin Frizell pledged to staff that he would appoint a black presenter – left her feeling ‘uncomfortable’.

According to sources, she was happy to remain in her role as entertainment reporter, but Mr Frizell persuaded her to sign up for the bigger presenting job on the popular show. ‘Alison has been on This Morning for more than a decade and had never been offered this job before,’ said one source.

Alison Hammond, pictured, initially turned down the chance to host ITV’s This Morning 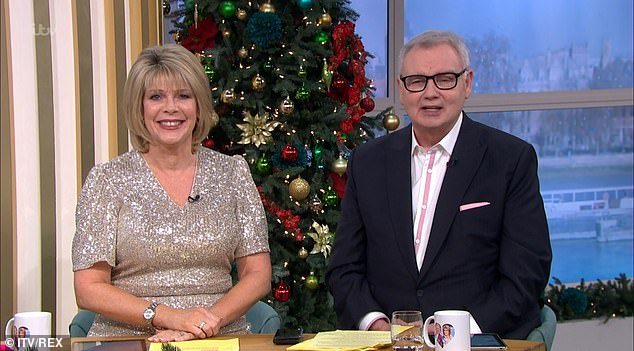 ‘Then Martin makes a big announcement that he wants a black presenter and she is wanted for the role.

‘ITV decided last year they wanted diversity on their programmes and then they decided to offer the presenting job to Alison. If you look up the dictionary definition of what tokenism means, then this is it.

‘Alison was happy as she was, she loved interviewing the likes of George Clooney. She is amazing at it and it was enough for her.’

The 45-year-old also felt torn about replacing Ms Langsford, but was reassured by her close friend that she should take the job and had her blessing.

After Ms Hammond, who found fame as a contestant on Channel 4’s Big Brother, was unveiled as part of the new Friday team for the This Morning sofa earlier this month, she suffered racist trolling on social media.

In June, Mr Frizell, who is married to former GMTV presenter Fiona Phillips, told staff that he intended to hire a black presenter, though admitted finding a candidate ‘won’t be easy’.

Last night, a spokesman for ITV and Ms Hammond said: ‘To suggest that Alison’s position on This Morning is a result of anything other than talent and popularity with viewers is completely untrue.’