‘I’d like to win!’ Alison Hammond hopes to break Ant and Dec’s 20-year reign and be named Best Presenter at the NTAs

This Morning’s Alison Hammond wants to win Best Presenter at the National Television Awards on September 15 and beat frontrunners Ant and Dec.

The former Big Brother star, 47, said she wants to take home the award because it ‘means a lot’.

Ant McPartlin and Declan Donnelly, both 46, have been shortlisted for the award for the 21st year consecutively.

‘I’m not gonna lie, I’d like to win!’ Alison Hammond said this week that she wants to be named Best Presenter at the National Television Awards and break Ant and Dec’s 20-year reign

‘I love the NTAs because it’s the viewers who have voted for you. It does mean a lot. I’m not gonna lie. I’d like to win,’ Alison told The Mirror.

She also recently said: ‘Could this be the year Ant and Dec hand over the gong to me?’

Alison’s This Morning co-star Holly Willoughby, 41, has publicly backed Alison, telling her: ‘This is your year.’

ITV’s This Morning will compete with The Chase, The Repair Shop and Loose Women for the Daytime Award. 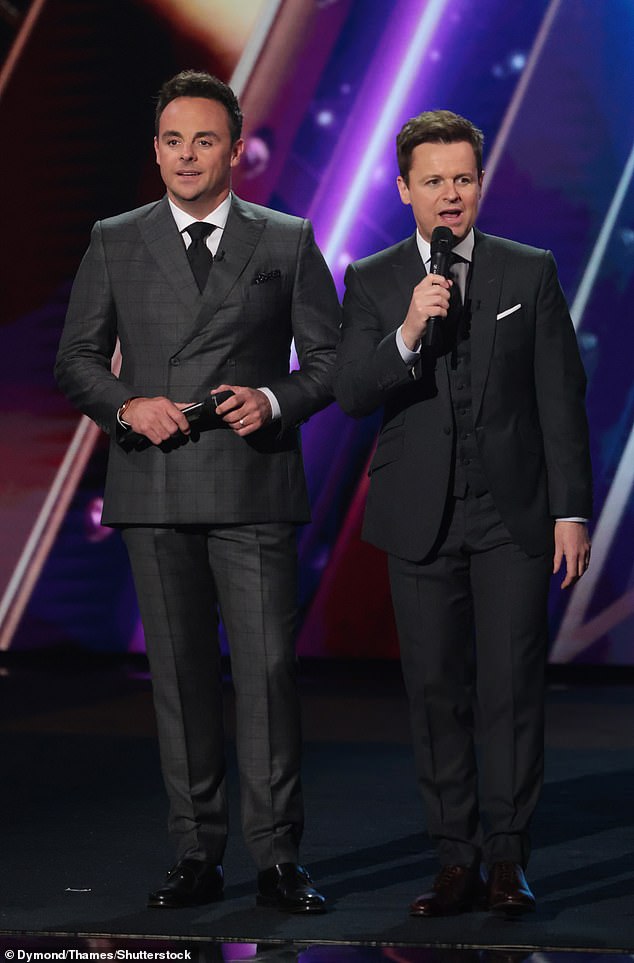 Frontrunners: Ant McPartlin and Declan Donnelly, both 46, (pictured in May) have been shortlisted for the award for the 21st year consecutively

It comes after the editor of This Morning, Martin Frizell, 63, said Alison deserves to win the coveted award.

‘Of all those nominated as the best presenter at the NTAs, this is the one who puts in the graft,’ he wrote on Instagram.

He added: ‘I see it daily, what a year, what a gal, it will need a double act to beat her.’

‘So touched!’ Alison replied. ‘I’ve won with this single comment.’

While Alison is up for the Best Presenter award, her This Morning co-stars Holly and Phillip Schofield were ruthlessly snubbed in nominations.

Neighbours is set to go head-to-head with UK soaps, EastEnders, Coronation Street and Emmerdale for the Serial Drama award. 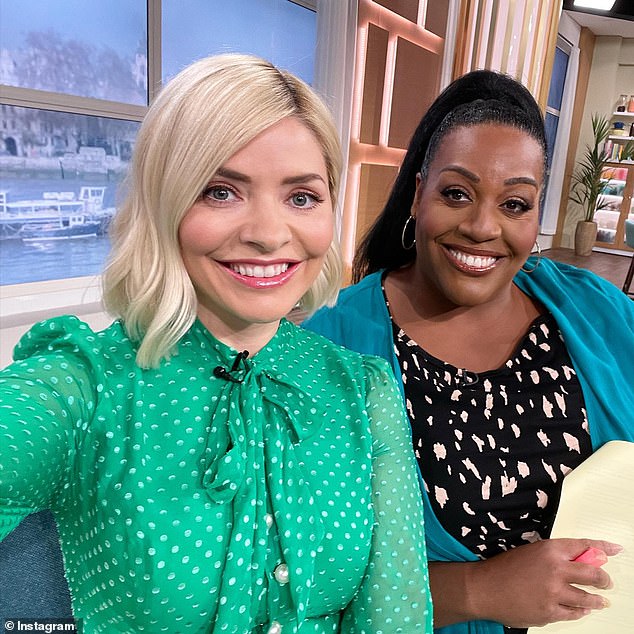 Support: Alison’s This Morning co-star Holly Willoughby, 41, has publicly backed Alison, telling her: ‘This is your year’

The Australian show has been nominated for one final final gong at the upcoming ceremony, after its 37 year TV reign ended with an emotional finale in July.

Elsewhere, Tom Parker – who died aged 33 on in March following a battle with brain cancer – receives a posthumous nomination for his moving documentary, Inside My Head.

This year’s NTA shortlist features more streamers than ever before, reflecting the changing broadcasting landscape.

The likes of Heartstopper, After Life, Sex Education, Bridgerton and Clarkson’s Farm prove the sheer breadth of programming that the digital providers now offer.

Four productions that set pulses racing for very different reasons compete for the New Drama award. Heartstopper became an instant coming-of-age classic, while This is Going to Hurt provided a visceral look at life on the NHS frontline.

Time, meanwhile, took us behind bars to show us the brutal realities of prison, and Trigger Point proved to be an incendiary Sunday-night hit.

With a brand new venue of Wembley’s OVO Arena, the star-studded awards will be broadcast live on ITV on September 15 from 8pm, with Joel Dommett hosting.

This Is Going To Hurt

Julia Bradbury: Breast Cancer and Me

Katie Price: What Harvey Did Next

Paddy and Christine McGuinness: Our Family and Autism

Tom Parker: Inside My Head

The Great British Bake Off

I’m A Celebrity… Get Me Out Of Here!

In for a Penny