Is ET a ROBOT? Astronomer Royal says alien civilisations may have already transitioned from ‘flesh and blood’ to machines – and humans will eventually do the same

Alien life on other planets could be in the form of robots who have outlived their creators, according to the Astronomer Royal.

And alarmingly, that is the same fate which may befall people on Earth too.

Numerous Hollywood films have presented the possibilities of robots becoming self-aware and deciding to destroy humans so they can rule the world.

But Martin Rees, the Astronomer Royal, told Cheltenham Science Festival robots taking over was a possibility. 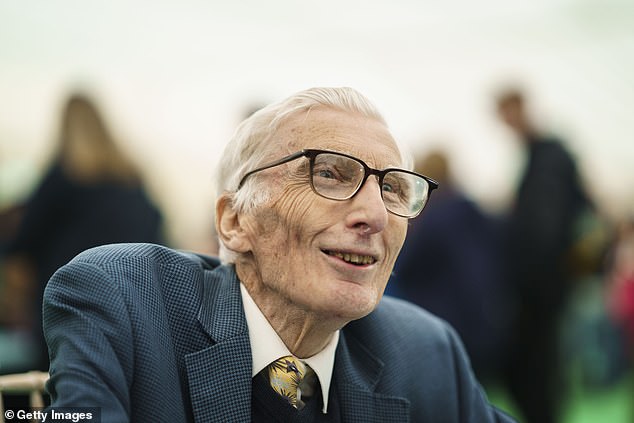 No life beyond Earth has ever been found; there is no evidence that alien life has ever visited our planet.

However, this does not mean that the universe is lifeless other than on Earth, according to NASA.

The space agency says: ‘While no clear signs of life have ever been detected, the possibility of extraterrestrial biology – the scientific logic that supports it – has grown increasingly plausible.’

One popular school of thought is that our own existence is evidence that there is certainly life on other planets, as the likelihood of Earth being a ‘one-off’ is almost zero.

However, one argument against this is – if there is extraterrestrial life, why have we not found any evidence for it?

On alien life, he said: ‘I think if we were to detect anything artificial I think it would not be a flesh and blood civilisation like ours.

‘I think it will be something robotic and electronic.

‘If we imagine a timeline for our Earth, it’s taken nearly four billion years for simple life to evolve into a civilisation and we’ve had technology for a few thousand years at most.

‘It’s certainly on the cards that after a few centuries more – 1,000 years – we will be superseded by electronic entities.

‘And they would be near-immortal and they could go on for the rest of the universe history.

‘So they could go on for a few billion years.’

He suggested modern space pioneers could try to modify themselves and become a mix of ‘flesh, blood and electronics’, although he suggested the idea of human beings moving en masse to Mars was delusional.

Speaking in Cheltenham, he said manned space flight should be left to entrepreneurs like the billionaires Elon Musk and Amazon founder Jeff Bezos rather than NASA, as they can send people into space more cheaply with a higher level of risk than a public agency. 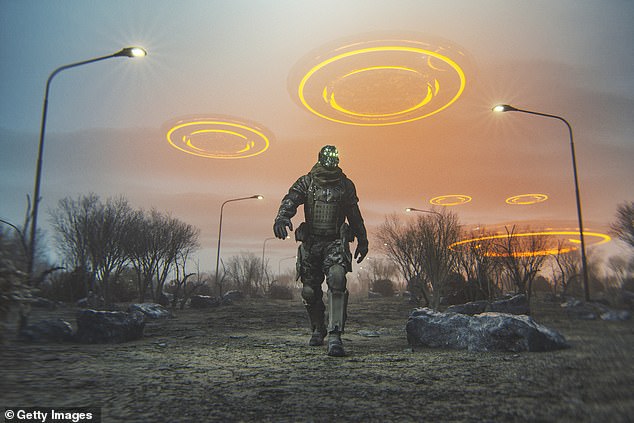 On future private space flight for ordinary people, rather than astronauts, Lord Rees said: ‘Even if the risks were high, there would be many volunteers.

‘The kinds of people who go hang-gliding or do dangerous mountaineering et cetera.’

He said some people may even accept one-way tickets to space, in the vein of early explorers, and want to live in space.

‘By 2100, at the end of the century, I will expect that there will be some courageous thrill-seekers who’ve made the 200-day trip to Mars,’ he added.

It’s a question that has sent many a space fanatic into orbit: How will humans survive on other planets?

Now one of the country’s leading astronomers believes the answer could be even more out of this world – by making future explorers part cyborg.

Martin Rees, the Astronomer Royal, said modern space pioneers could try to modify themselves and become a mix of ‘flesh, blood and electronics’.

Referencing entrepreneurs such as Elon Musk, Lord Rees told the Hay Festival: ‘These intrepid explorers on Mars will be out of the clutches of the regulators and they will have every incentive to modify themselves because they are very badly adapted for Mars.