Where the beach has no gates! Bono and his wife Ali Hewson complain that a fence erected near a Victorian tearoom redevelopment is blocking access to the strand in front of their luxury seafront home

Bono’s wife has found herself at the centre of a row over construction in the area close to the home she shares with the U2 singer, complaining it restricts her family’s access to the nearby beach.

The 59-year-old activist who has been married to Bono since 1982, has slammed plans for the development of a Victorian-style tearoom on Killiney beach in front of ttheir home.

In a letter to Dun Laoghaire-Rathdown County Council she explained that the addition of tea rooms, two houses, chalets and a retail unit on the strand at Killiney, South Dublin, will restrict the access her family have enjoyed for 30 years.

According to The Times, Ms Hewson has also objected to a gate and fence that have been put in place on a site known as White Cottages, which she usually walks through to get to the beach. 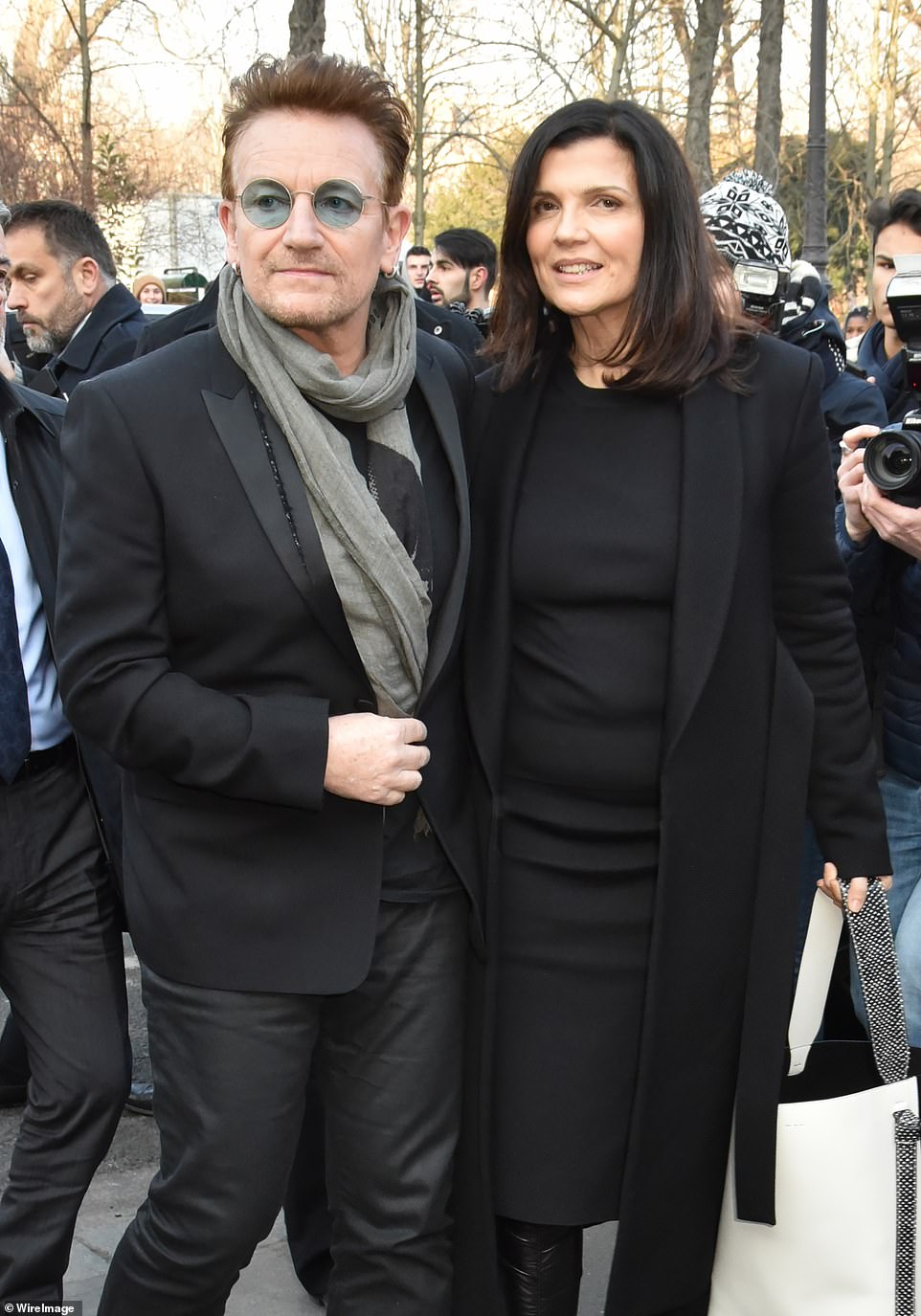 Bono’s wife Alie Hewson, 59, has penned a letter blasting construction plans near their home, which will block access to Killiney beach. Pictured: Bono and Ali at Paris Fashion Week

‘The gate and fence have been constructed without planning permission and there has been no notification or consultation with us,’ she wrote.

‘We request that retention permission for this gate and fence be refused on the basis that it impedes an established right of way.’

The mother-of-four said that further construction will impede their ‘unrestricted legal access to Killiney beach.’

Bono’s long-time friend, musician Gavin Friday, who lives next door to the couple in a period property also rejected the building plans for the same reasons. 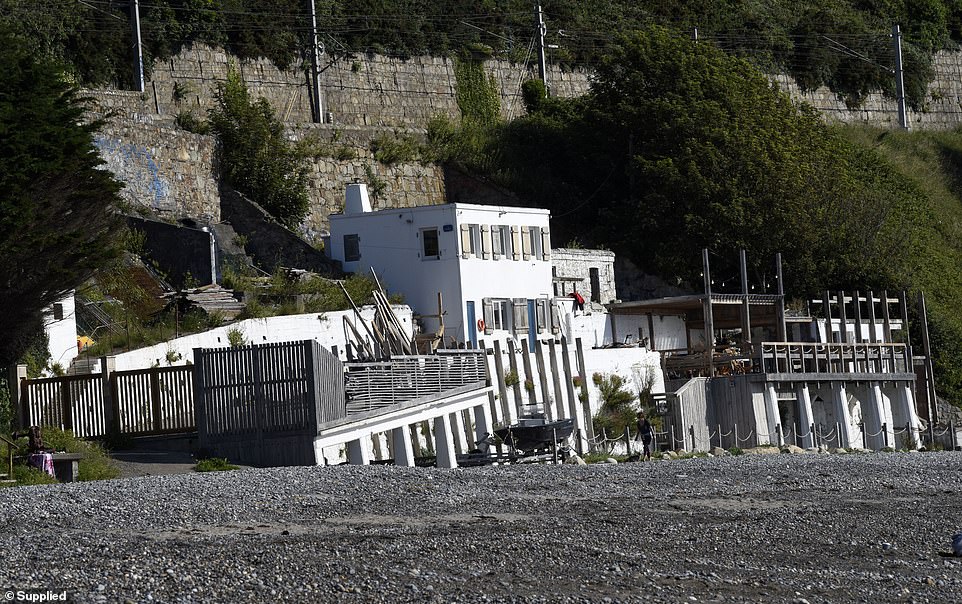 The fence (seen left) has been put in place to secure the site of a Victorian tea room, which developer Declan O’Regan is planning to rejuvenate 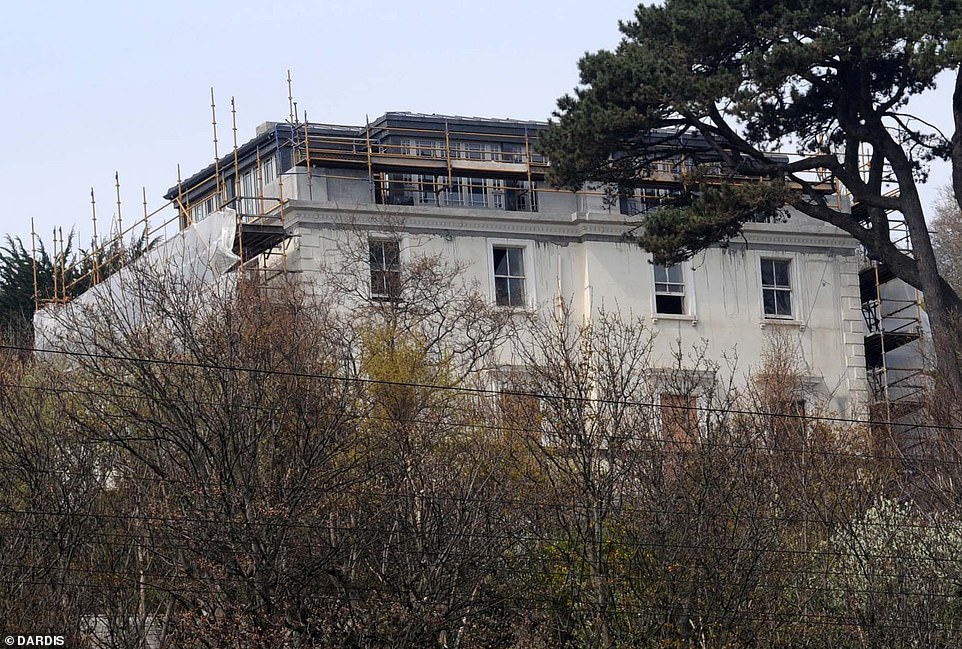 Other stars who live in the area include Bono’s bandmate the Edge, musician Enya and film director Neil Jordan.

Ali and Bono bought their house on plush Vico Road in the 1980s, adding a wrap-around extension to bring the floor space up to 7,800 sq ft.

A nearby property sold for almost €5 million last year.

Ali claims they’ve used steps beside a railway line that is overlooked by a number of disused beach houses to reach the sea for decades. 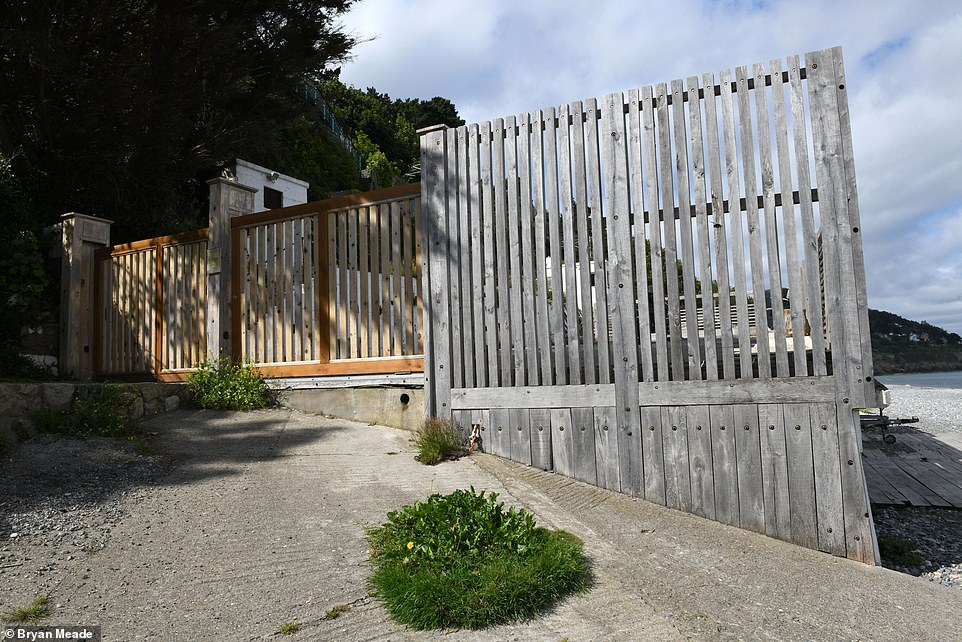 The gates and fence around the site of the tea rooms is the subject of a dispute among Killiney’s well-heeled residents, who have complained it’s restricting their access to the beach

The row about developing the space was triggered by businessman Declan O’Regan, who plans to rejuvenate the unused tea rooms in the area.

He explained that a timber gate and fence have been put in place to secure the site, which has previously attracted anti-social behavior.

He said there has been widespread support from locals to regenerate the rundown buildings overlooking the sea.

Declan bought the former tearoom in 2001 and has been trying to redevelop it since. Despite being given permission in 2009, the plans fell through due to the recession.