By Adele Redmond For Mailonline

Russian politician Alexei Navalny is back up and walking just days after being taken off a ventilator.

Navalny, the political opponent of Russian president Vladimir Putin, shared a photo of himself walking down stairs at Berlin’s Charité Hospital, where he is continuing his recovery from being poisoned in late August.

He has said he intends to return to Russia as western governments demand an explanation from the Kremlin.

Russian opposition leader Alexei Navalny is ‘continuing to improve,’ doctors say. He shared a photo and an update about his recovery from novichok nerve agent poisoning, writing that doctors at Berlin’s Charité Hospital had transformed him from “technically alive” to someone with a chance at a real recovery. He said he still has issues pouring water and using his phone, but is up and walking after being taken off a ventilator earlier in the week.

Laboratory tests confirmed Navalny, who was airlifted to Germany after falling ill in Siberia, was poisoned with a novichok nerve agent that is tightly controlled by the Russian government.

Navalny shared an update of his recovery on Instagram, posting a photo of him walking downstairs in the hospital wearing a navy blue t-shirt, sweatpants, and blue rubber gloves.

He said: ‘This is a clear road, albeit a long one.’

Navalny wrote that he has trouble pouring himself some water and using his phone, describing it as ‘useless as a stone’. 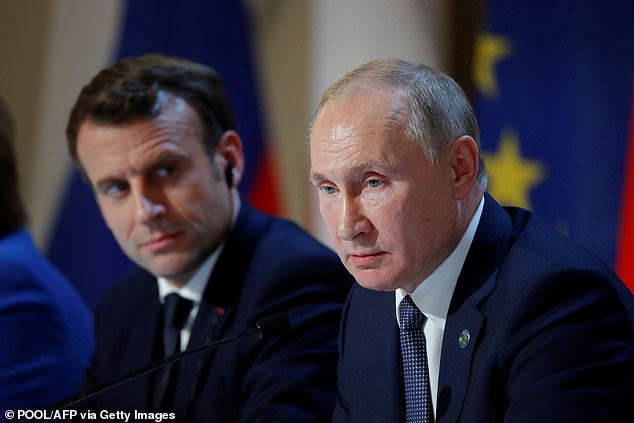 He said ‘there are so many problems still to be solved’ but that doctors had transformed him from ‘technically alive’ to someone who had a chance of living a normal life again.

‘The patient has been successfully removed from mechanical ventilation. He is currently undergoing mobilization and is able to leave his bed for short periods of time.’