EXPRESS INFORMER > News & Politics > ALEXANDRA SHULMAN’S NOTEBOOK: Shy Di is a joy but Netflix show The Crown has got the rest all wrong

Series four of The Crown dropped just at the right time, now that we’re all seemingly endlessly stuck at home.

Although it’s probably safe to assume that it’s not being binge-watched at Buckingham Palace, Windsor, Highgrove or Anmer Hall – unless the Royal Family’s idea of escapism is being placed in the stocks and having their teeth pulled out.

Writer and showrunner Peter Morgan is rightly proud of the massive amount of research involved in each episode, but he mixes the factual ingredients with a substantial dollop of fiction. This is, after all, entertainment.

What a brilliant Diana actress Emma Corrin is. From her first murmurings as a teenage woodland nymph skittering around Althorp, she has the Princess completely nailed

Unsurprisingly, the addition of the Princess of Wales has added a new level of intensity to our reactions while, simultaneously, The Crown is becoming increasingly merciless in its portrayal of all the characters involved.

And what a brilliant Diana actress Emma Corrin is. From her first murmurings as a teenage woodland nymph skittering around Althorp, she has the Princess completely nailed.

Her voice is uncannily accurate – deep, gentle and beguiling – but with a throaty hint of something more. She has perfected the famous tilted head and downturned gaze which stayed with Diana, even when the stoop of a tall girl who didn’t want to stand out grew into the proud upright posture of her later life.

Even her handwriting is perfect, the rounded, cursive Marion Richardson-style that all posh children were taught and which, with her immaculate manners, would appear in a thank-you letter signed with that clear ‘Diana’ arriving by first post, sometimes even later that afternoon, after a meeting.

But when it comes to the rest of the characters and, in particular, Prince Charles, they’re generally nothing like the real thing. 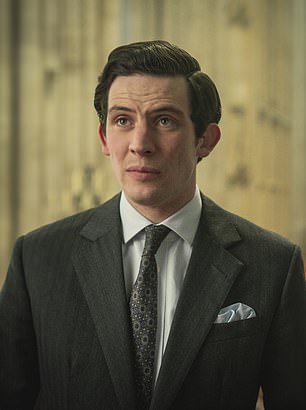 Josh O’Connor plays a hapless, hopeless, egotist Prince who has barely a thought in his head, bar the details of how a table is laid

Josh O’Connor plays a hapless, hopeless, egotist Prince who has barely a thought in his head, bar the details of how a table is laid.

Certainly, the Prince of Wales has a tendency to hand-wring but he was then – and is now – a man of ideas, often ahead of his time, as his environmental and pan-religious initiatives have shown.

He is a far more powerful and sociable character than the hunched, cravenly insecure and weedy bloke of The Crown. A man who’s happy, as he did at the party of one of our mutual friends, to chat perched on a hay bale for a raucous birthday dinner.

Equally, the idea of the Queen, the Queen Mother and Princess Margaret as a tea-taking Greek Chorus is about as unlikely as the notion the Queen would have let Margaret Thatcher out stalking in an electric-blue suit – or most probably let her out on the moor at all.

Helena Bonham Carter’s Margaret has her toxic mix of unhappiness, privilege and frustration down to a T, but from the brief moments I have met the Queen, Olivia Colman’s permanent look of anticipated concern doesn’t ring at all true.

Older viewers familiar with the Royal Family during the periods recreated in earlier series have similar quibbles. Although most of us loved seeing Claire Foy’s young Queen, she was also no doubt nothing like the real thing.

But as we head into the dark days of the story we all know is ahead, the next series – cast with Elizabeth Debicki as Diana and a rumoured Dominic West as Charles – will have an even tougher time getting it right.

It’s Strictly – in front of a real TV dinner

Before this whole locked-down nightmare, I watched relatively little television.

It sounds a bit peculiar I grant you, but I’ve never seen a single episode of Strictly or Bake Off.

Now, though, we’re all glued to the box, stuck in our individual rituals, rationing out programmes like Quality Street toffees.

After all, once you’ve committed to watching a series with someone, you’re stuck with each other until the bitter end.

My other half would happily watch while dining on a packet of crisps and a bowl of ice cream, but I feel in such behaviour lies the end of civilised existence.

At least if we’re going to be put into a passive Pavlovian trance by another box-set theme tune, we may as well have had a proper dinner.

Television used to be something that we did for an hour or so at the end of the day to switch off from life – it never was, and never can be, a replacement for living.

It’s not, as some have claimed, the black family in Sainsbury’s Christmas ad that makes it controversial – it’s the disgusting-looking gravy dad runs up as the piece de resistance. Gloopy, thick, muddy – it would be a killer blow to any meal. No matter who pours it.

Rishi’s swots head to the top of the class

We’re used to being governed by Old Etonians but there’s a political revolution afoot as Old Wykehamists (former pupils of Winchester College) are rising back up the ranks.

Rishi Sunak, political poster boy of coronavirus, was Head Boy of Winchester where he became friends with James Forsyth, political editor of The Spectator, whose wife is Allegra Stratton, the PM’s new spokeswoman.

This change could have profound implications because Wykehamists and Etonians are very different breeds. Whereas Etonians love to chance it, focusing on the sizzle not the steak, Wykehamists are the opposite. Much less showy, they tend to be swots, big on nerdy due diligence. Their previous political alumni include Hugh Gaitskell, Willie Whitelaw and Geoffrey Howe.

Wykehamists look down on Etonians as having second-class brains. Etonians think Wykehamists are a bit of a bore. Let battle commence.

A proper Christmas is finally on the cards

I predict a bumper year for Christmas cards. Proper ones, too, none of your digital nonsense. What else have we got to do but sit down and write to all those people we’ve been unable to see for months?

Sending a card is a small gesture but I reckon everyone will be particularly pleased to know they’ve been in your thoughts when they open that envelope. 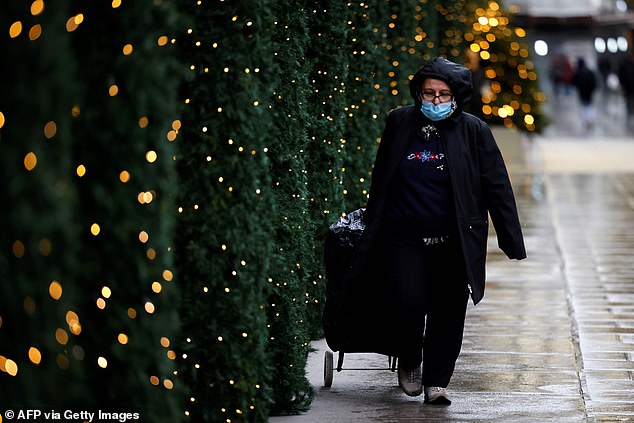 I predict a bumper year for Christmas cards. Proper ones, too, none of your digital nonsense. A woman is seen walking past Christmas decorations in London