EXPRESS INFORMER > News & Politics > ALEXANDRA SHULMAN’S NOTEBOOK: My house is crumbling in lockdown… and so am I!

We’re all nearly a year older than when we first went into lockdown. And it’s not only policeman who seem youthful to me these days.

When I heard Grant Shapps was the first Cabinet Minister to have the jab, at the age of 52, my first thought was: ‘Gosh, the rest must all be so young.’

Now that’s ageing for you.

But my growing older is in slo-mo compared to what’s happened to our poor house, which has been falling apart over the past 12 months.

Falling back on our own domestic expertise has taken its toll on the old place, as have the many more hours, days and weeks we’ve spent closeted at home

In normal times, I confess to having someone help with the cleaning once a week. She dashes around with a mop and vacuum, keeping the place professionally spruce.

But over the past year, her presence has been intermittent – it didn’t seem fair to ask her to travel to us when the virus was raging, and even though she was officially allowed in the house, her presence was clearly an added risk factor.

Falling back on our own domestic expertise has taken its toll on the old place, as have the many more hours, days and weeks we’ve spent closeted at home.

Hence our floorboards, which with my immaculate eye for practicality (not) are all bare and painted white, have a new patina of ingrained dirt from so much more time spent traipsing up and down the stairs – spilling tea and coffee as we go.

Taps drip, limescale gathers and sofas sag. The dials on the hob have broken, and there is an unnerving crack in the sitting-room wall.

I know there are some who have used lockdown as an opportunity to get into DIY, alphabetise their spice jars and label the linen cupboard – but sadly I am not one of those. Unlike my own appearance, where I fear additional wrinkles and creases can’t be reversed (at least not without the cosmetic interference I don’t subscribe to), most of our home’s signs of age can hopefully be dealt with quickly, once life opens up.

Technically we are already allowed what are quaintly termed ‘tradespeople’ inside, so there is nothing to stop home rejuvenation taking place right now.

But it’s hard to get the enthusiasm for fixing things when we are still so many days from real freedom. Instead, I sit here spending hours looking at the scuffed skirting and discovering ever more evidence of wear and tear. A bit like my face.

Seven more weeks of hell for my hair

Generally, I have absolutely zero yearning for the days of Margaret Thatcher, but right now I wish she was back at No 10.

She would never, NEVER, have made us wait another seven weeks to get to the hairdresser.

Even though I have no doubt she was a whizz with the Carmen rollers, that rigid helmet of hers needed a professional hand kept on it. The Iron Lady would have grasped that hairdressers can easily be made Covid-safe and would understand that getting our hair done is not just vanity but an essential activity that gives self-esteem and confidence. Boris, with his Worzel Gummidge barnet, clearly doesn’t get it. So instead, everyone around me is having surreptitious trims at home – particularly the men (like Boris).

And while I’m on the subject, how has Nicola Sturgeon managed to maintain exactly the same hairstyle all year without a millimetre of change in that ginger pixie cut?

We’re all rebels when we get to the park 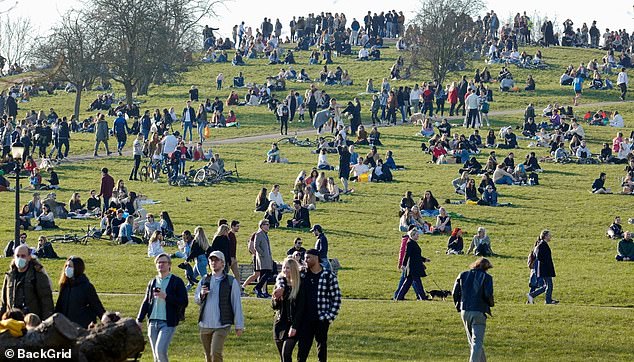 The idea that on March 8, being allowed to perch with another person on a bench and drink a cup of something represents new liberation is ridiculous

Does anyone in Government ever go to a park? Or are they all blind?

The idea that on March 8, being allowed to perch with another person on a bench and drink a cup of something represents new liberation is ridiculous.

What on earth do they think is happening now, every day in every park and playground right across the country? Just as it has been for months…

At last! Arresting TV is back on air

Sometimes it seems as if we’ve watched everything on Netflix, so thank heavens my favourites Line Of Duty and Unforgotten are either back on TV or about to return for a new series.

The success of these police dramas is certainly helped by terrific writers, but it’s the actors so many of us have come to love: Nicola Walker, Adrian Dunbar, Sanjeev Bhaskar and let’s not forget Keeley Hawes and Stephen Graham.

These may not be globally recognised names, but I wouldn’t be surprised if they didn’t end up having longer careers than many big-screen idols. We invite them into our homes again and again, admiring their emotional range but also bathing in a warm sense of familiarity that only increases with time.

The Queen’s got a message for America

The Queen’s urging of vaccine take-up packs such a punch because she so rarely speaks out. 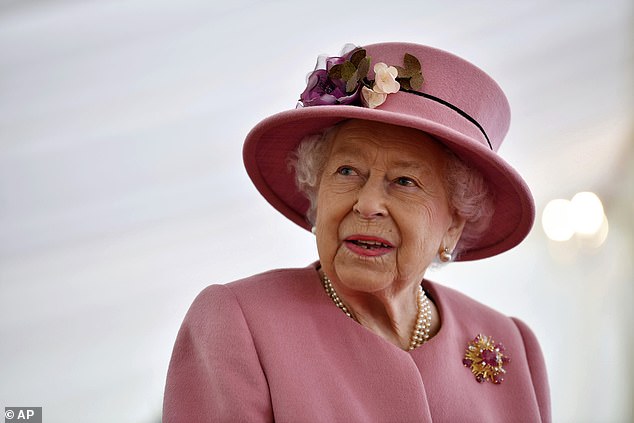 The Queen’s urging of vaccine take-up packs such a punch because she so rarely speaks out.

How can a free view cost us £35 million?

As a confirmed townie, a toddle around the local park with a flat white or an excursion to the comparatively open spaces of Hampstead Heath or Richmond Park was about the sum of my walks before all of this.

As the first lockdown kicked in, country dwellers began to rhapsodise about their ambles through the glorious fields and pathways – almost like they were partaking in some masquerade complete with shepherdesses’ crooks and milking pails.

Naturally, city dwellers started to compete, boasting about the joys of urban hikes, long walks along canal towpaths, little-known alleyways, or the empty streets of the City.

So I was delighted to learn that the Camden Highline, London’s version of New York’s raised walkway, is now going ahead.

The capital needs bold, rejuvenating projects for rundown areas and an elevated park is exactly that. But can someone explain why the budget, for what will be less than a mile of pathway, is £35 million?

So many brilliant ideas neglect to keep it simple and hit the skids with costs spiralling when things get too fancy. After all, the view over the city, which is a huge part of the attraction, comes for free.