ALEX BRUMMER: Here comes a facelift for the Old Lady

A half-a-percentage point rise in the Bank of England’s interest rate to 1.75 per cent looks likely on Thursday, which will make homeowners start to feel wary.

Fixed-rate deals will not last forever and those borrowers with tracker or standard-rate mortgages will feel the pinch immediately.

The age of easy money is drawing to a close. We can expect a new Prime Minister to be watching Threadneedle Street like a hawk. Tory favourite Liz Truss has indicated that she might seek to change the Bank’s mandate.

‘A half-a-percentage point rise in the Bank of England’s interest rate to 1.75 per cent looks likely on Thursday, which will make homeowners start to feel wary’

There is nothing wrong with that as long as the Bank’s hard-won independence is not compromised. Any effort to impose a political agenda on the Bank could precipitate a market crisis. Truss is radical in her economic thinking. She has been questioning the conventional wisdom about the Bank for some years.

As Chief Secretary to the Treasury under Philip Hammond, she wanted a review of how the Bank sets rates but was frustrated by the Chancellor. One doesn’t have to be a critic of the Bank to think it has failed to do a bangup job in confronting inflation. The Bank cannot be held responsible for the cost-of living surge, largely the result of supply side changes.

Yet it failed to see it coming, kept the foot pressed on the monetary accelerator and, as a communicator, governor Andrew Bailey has not impressed. Like the grand old Duke of York, he marched his troops up the hill in November on the prospect of a rate rise, only to march down again.

Comments about pay restraint – coming from someone well cushioned from the squeeze – were maladroit. If there were bandwidth for change at the Old Lady, what should the next Tory leader do? Truss wants to see more focus on monetary policy. The extended period of low interest rates and quantitative easing starting in 2008 has made monetarism fashionable again.

A huge expansion of the money supply combined with supply constraints has created a toxic mix. But targeting money growth alone can produce erratic outcomes. Potentially, the functioning of the inflation target could be improved.

A primary focus on hitting an agreed number, rather than complicating it with other objectives, such as unemployment, growth and climate change, might help. A more robust nomination process for Monetary Policy Committee members is needed. Too often the Bank offers an escape route for Treasury mandarins looking for a more comfortable life. 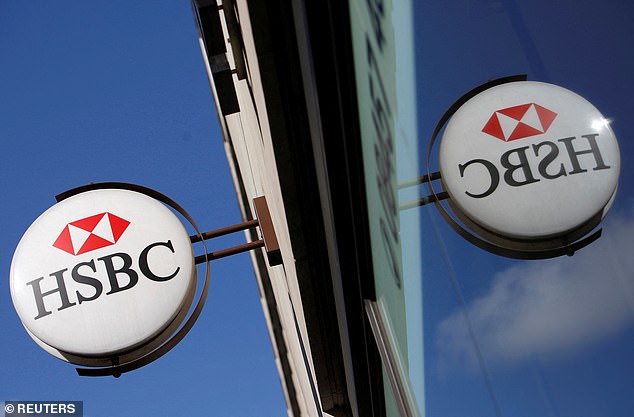 This can lead to groupthink. Finally, the next Chancellor needs to be more active in dealing with overshoots (or undershoots). It was only in his final days at the Treasury that Rishi Sunak stepped up his challenge to the Bank with stronger language in his responses to the governor.

A forceful intervention, when the cost of living accelerated, could have kept prices lower. Alone among the advanced country central banks, inflation in Switzerland has been tamed reaching 3.4p per cent in June. That speaks volumes for focus and discipline.

China’s security stranglehold on Hong Kong has tested HSBC’s management. It accepted the need to keep Beijing sweet. That is all the more important now that 69p per cent of the bank’s earnings are generated in AsiaPacific.

Permitting its biggest investor Ping An (in which China has a stake) to dictate terms would be a blunder. HSBC has effectively told Ping An to take a hike, arguing there would be large risks in a break-up, not least higher taxes and regulatory setbacks. Chief executive Noel Quinn is aiming to kill two birds with one stone.

He is buying off unhappy Hong Kong retail investors with the restoration of quarterly dividends and rejecting activism by adopting a super-charged target for returns of 12 per cent. The bank will be helped by rising interest rate margins. But with higher borrowing costs also come more bad loans including exposure to overvalued Asian property.

Online investment platforms are the rage and we have seen nonsense prices paid, as when Abdrn bought Interactive Investor for £1.5bn, making early stage investors rich. NatWest has its eyes on Quilter, a spin-off from South Africa’s Old Mutual. In response to a report in The Mail on Sunday, the shares spurted 14 per cent in latest trading.

High Street customers yearn for a return to the days when banks offered dealing facilities and were allowed to advise customers on investments. Chief executive Alison Rose should bring it on.