ALEX BRUMMER: Excess rate hikes won’t help when it is the supply-side problems which are the main cause of higher prices

Groupthink doesn’t just rule inside the Bank of England but provides a common thread among central banks.

Until November 2021 Andrew Bailey and the Bank of England had consistently claimed that higher inflation was transitory. It then worried it was becoming more persistent and with today’s widely expected rise the Bank will have raised the cost of borrowing from super-low Covid levels six months in a row.

The only question is whether the Monetary Policy Committee will be worried enough to raise rates by half-a-percentage point, to 1.75 per cent.

That could be a demonstration that it really means to come down hard on the cost of living even though there is some early evidence that input prices are starting to moderate. If that is the case then we must all pray that corporate Britain resists ‘greedflation’ – the temptation to use inflation as cover to widen profit margins.

Should the Bank decide on the biggest interest rate rise since it gained its independence in 1997 it will be in good company. The US Federal Reserve raised rates by 0.75 of a percentage point last week.

Only in the EU, where the European Central Bank created a new financing facility to help Italy fund its borrowing, are the printing presses still running. With this degree of similar thinking in the world of central banking before too long, as parts of the world fall into recession, there will be debate about whether the cure is worse than the disease.

Nobel Prize-winning New York Times columnist Paul Krugman already is writing of the dangers of ‘masochistic’ monetarism. Hitting output with a sledgehammer when it is the supply-side problems which are the main cause of higher prices may not necessarily help.

Bailey has adopted a gradualist approach to raising rates so far that has allowed growth to continue with major sectors of the economy, services and manufacturing, in positive territory. Failing to follow through with a half-percentage-point rise might be seen as yet another stumble by Bailey and his merry crew. 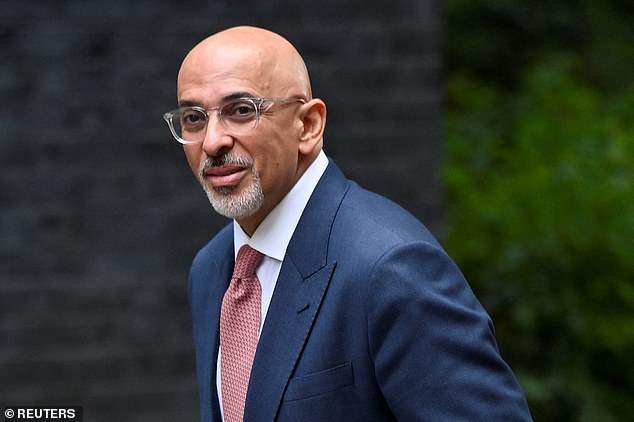 But if a more modest rise meant the economy could still grow, rather than stagnate then maybe, just maybe, it might be the right thing.

Missing from the UK’s approach to winning the return of Arm Holdings to the London Stock Exchange has been any sense of urgency. So the apparent decision by the Chancellor Nadhim Zahawi to lobby SoftBank to bring the initial public offering to the FTSE100 is an admirable piece of activism.

It is to be remembered that SoftBank chief Masayoshi Son only won control of Arm in the first place by intense lobbying of Downing Street and the then-chancellor Philip Hammond. Letter writing and reliance on officials is no substitute for personal arm twisting.

The argument is made that the London Stock Exchange lacks enough heft in growth stocks. That is hooey. Fund management and finance are truly global and all the major players are in London as well as New York. Indeed, Meta is about to move its Instagram operations to Kings Cross.

New research by Dealogic and the FT shows that European stocks, such as the Soho House owner Membership Collection Group, have fared badly in New York – recording an average 47pc decline since 2020. Nasdaq, for all its hype, has become a home of fallen dreams. It is a good a time to stop being passive about the City’s great credentials.

The latest UK-listed firm to head for the exit is the Czech cyber security outfit Avast, which is being swallowed up by its US rival NortonLifeLock for £7.1bn after the deal was cleared by the Competition & Markets Authority. How easily the UK market is denuded of tech ballast.