Alejandro Zendejas sparkles for the USMNT in 2-1 loss to Serbia… as coach Anthony Hudson says if they can keep him from defecting to Mexico ‘irrespective of what goes on in this window, it’s a success’

US Men’s national team boss Anthony Hudson heaped praise on forward Alejandro Zendejas after his scintillating performance against Serbia during a friendly in Los Angeles on Wednesday.

Despite the 2-1 loss, Zendejas’s performance was one of the best of the evening. Even though he failed to produce anything in terms of goals and assists, his play on the ball and creation of chances was a sight to behold.

He bewitched Hudson, who said in a post-game press conference that he begged Zendejas to stay with the USMNT, but the forward was set to return to Mexico City and Club America that evening.

Asked to describe his play, Hudson began by only mustering up a few words.

‘Wow. Incredible. I’ve just… obviously he has to go back to his club tonight. I was pretty much trying to beg him to stay because I thought he was outstanding.

You know, he came in, he’s been in a few days. Like he’s… you saw it tonight you see his personality on the field and he’s really really exciting player. 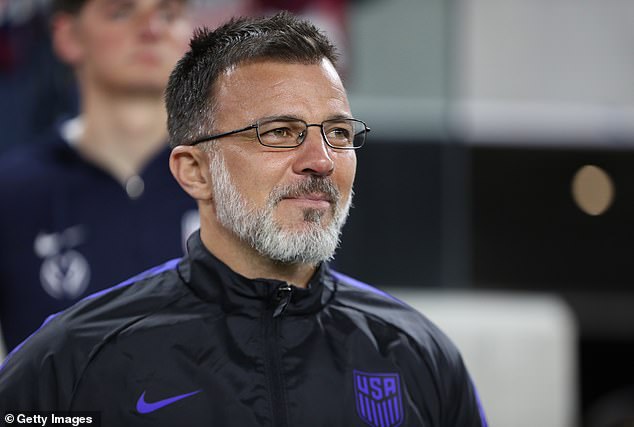 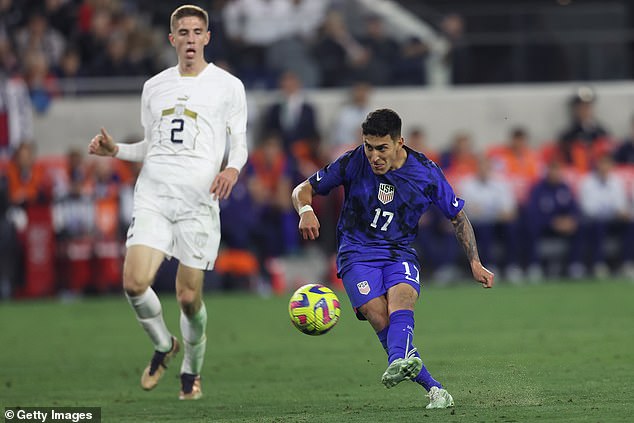 Hudson continued, saying that if they can convince the Mexican-American Zendejas to commit to stay with the United States, then this whole January camp could be considered a success.

‘Well, I think if we come away from this window, and Alejandro is someone that can stay with us – and there’s obviously a lot of other really good guys that have come in, interesting players – but if we get to the end of this window and Alejandro, you know, we can keep him with us, I think this has been – irrespective of what goes on… hugely successful.

Because this guy is… he’s an exciting player. And he’s someone that can help the national team. I think he can… I think he adds depth to the team, I think I think he’s right there, you know, in a position where he can step in and help the team, you know, with our full squad.

And he’s also someone who’s slightly different in terms of his characteristics to what we have. So, yeah, look, I think it’s been great. We’ve been able to bring him in. And we would love to bring him back, for sure.’ 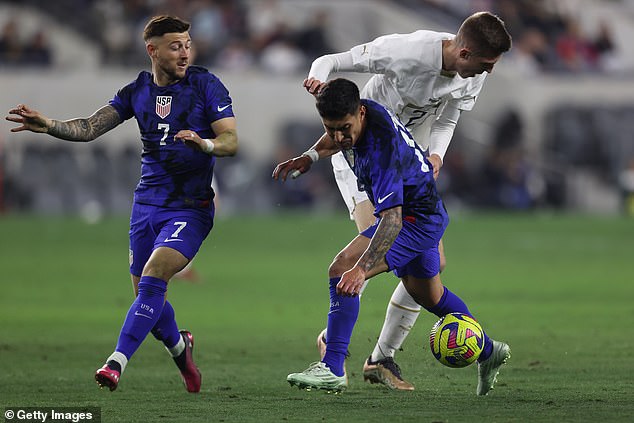 Zendejas can still technically choose to play for the Mexican national team if he so desires – considering this was not a competitive call-up.

He previously played with the US at youth international level, meaning that he would need to apply for a one-time switch to join Mexico.

The Mexican national team did previously call him up for two friendlies, a move that saw FIFA forced to fine the FMF nearly $11,000 and had Mexico forfeit the results of both those games for illegally using him.

Zendejas was not barred from playing for Mexico – meaning that he could still apply for that switch and commit to the Mexican national team if he chooses.