With this challenging year coming to a close, spare a thought for the forgotten pets who have spent much of lockdown in an animal shelter.

The RSPCA has cared for dogs, cats, ponies and small furry animals throughout the pandemic – and some of them have been searching for a loving home for more than a year.

These 12 long-stays have spent the most time in the charity’s care, and include a two-year-old lurcher with Addison’s disease who will need a little extra attention from his adoptive family.

Also hoping to finally find his flock is bantam cockerel General Cluckingham. He was found as a stray and has ‘been through a lot’ in his short life, which makes him a ‘little wary of people.’

RSPCA chief executive Chris Sherwood, who adopted 11-year-old rescue cat Marmalade during lockdown, has urged those looking for pets to ‘consider adopting instead of shopping.’

He said: ‘Not only will you get a very special pet with their own unique background and story, but you’ll also be helping us to rescue more animals in need.’

So, could you give one of these long-stays the loving home they desperately need?

Snowy the lurcher, two, is hoping to find a quiet, calm home with patient owners

Playful Snowy has lived at the RSPCA Danaher Animal Home in Essex for close to a year after arriving last December as a stray.

He is energetic and affectionate, but sadly will need some extra attention from his adoptive home as he suffers from Addison’s disease.

Due to his condition, Snowy’s body cannot produce adrenaline. Thankfully this is easily (and cheaply) managed by taking hormones to replace the ones not produced by his adrenal glands.

Although not much is known about Snowy’s past, it is believed the pup has never lived in a home before as he is easily spooked by simple household noises.

He therefore needs a quiet, calm home with patient owners who can take the time to help him settle into his new life.

Find out more about Snowy: reception@danaheranimalhome.org.uk. 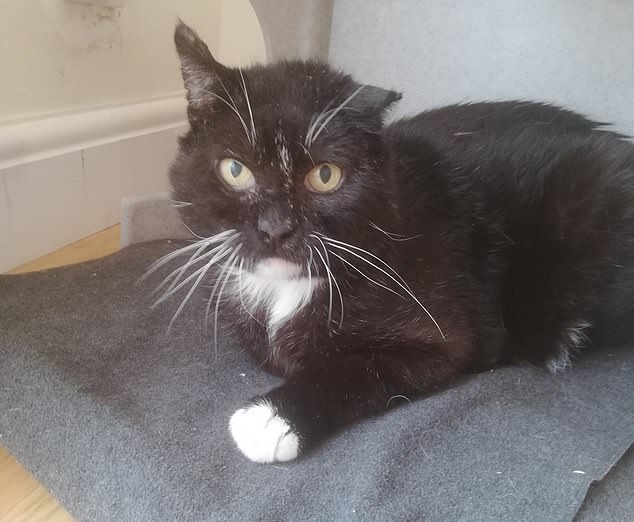 Aster, 12, is an independent feline who would be best placed in a quiet, adult-only household where he is the only pet.

He is currently living with a Bath Cats & Dogs Home foster carer, where he has gained confidence after having to look after himself in the past.

The RSPCA say Aster was initially wary around people, but he is making progress every day and is now comfortable snoozing around his foster family.

Aster needs plenty of safe outdoor space to explore as and when he chooses. He currently takes daily medication in his food which will need to continue.

The way to his heart is definitely through treats, fresh chicken and Dreamies!

Cuddly crossbreed Maxy has had a tough start in life 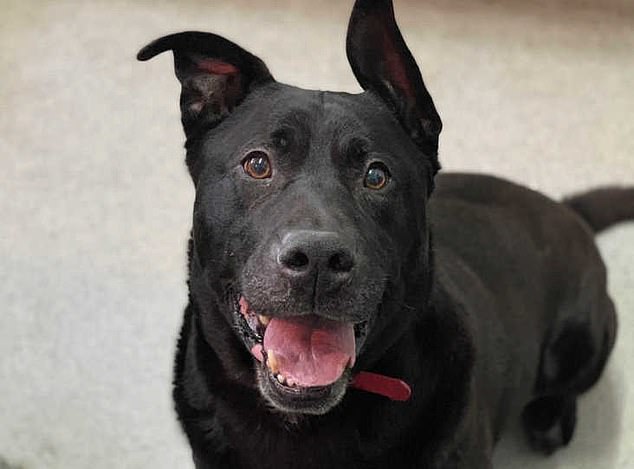 Crossbreed Maxy, eight, has had a tough start in life, and was kept on a yard for long periods of time in the past

Crossbreed Maxy, eight, has had a tough start in life, and was kept on a yard for long periods of time in the past.

The RSPCA believe he may never have lived in a home environment so he needs an experienced and patient owner who can slowly introduce him to his new life.

Ideally, Maxy would like a rural home away from other dogs as he finds them difficult to be around.

The handsome pup is also showing early signs of arthritis and is therefore taking pain medication which would need to continue at his new home.

Maxy has been waiting for a home since last December at  RSPCA Blackberry Farm Animal Centre in Buckinghamshire.

Cockerel General Cluckingham is searching for his flock 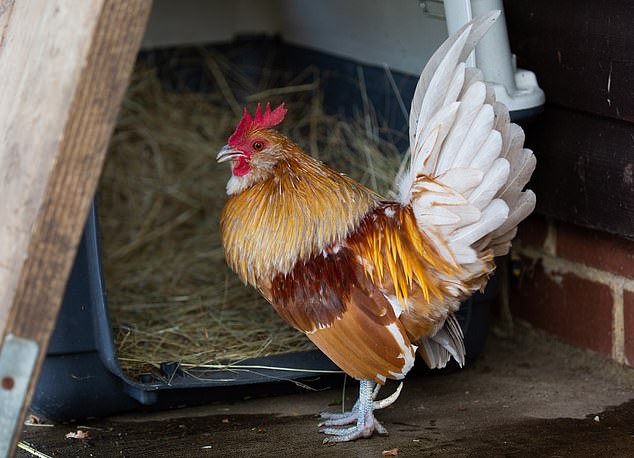 Though not your average pet, one-year-old bantam cockerel General Cluckingham – or General C as he is affectionately known – is desperately in need of a new home

Though not your average pet, one-year-old bantam cockerel General Cluckingham – or General C as he is affectionately known – is desperately in need of a new home.

He was picked up as a stray and is being cared for at Leybourne Animal Centre in Kent.

The RSPCA say General Cluckingham has ‘been through a lot’ in his short life, so can initially be wary of people.

He is looking for a flock of hens to call his own and a nice big, secure coop and run.

Anyone looking to adopt General Cluckingham will need to slowly build his trust and confidence around humans, perhaps using food to build a friendship.

Billy hopes to find a peaceful, calm home for his twilight years 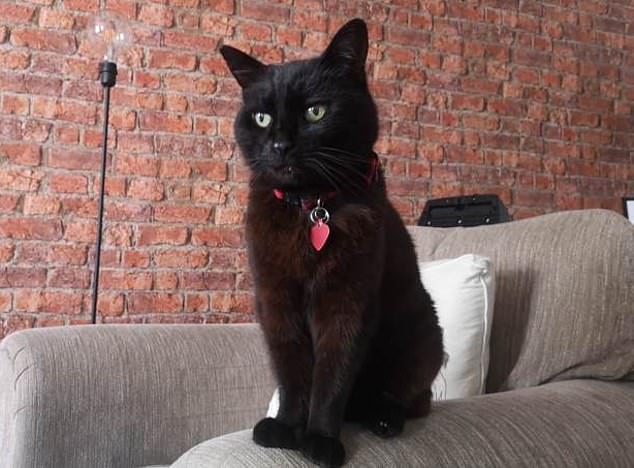 Sweet Billy may be in his twilight years at the age of 16, but he’s still young at heart

Sweet Billy may be in his twilight years at the age of 16, but he’s still young at heart.

He arrived at RSPCA Birmingham Animal Centre when his previous owner sadly died, and was later placed with a foster carer.

Billy loves to spend the day snoozing on a bed and would like a peaceful, calm new home to call his own.

Despite suffering mild arthritis in his leg for which he has daily pain relief, he enjoys exploring the garden and would ideally need some outside space.

The feline would prefer to be the only pet in his new home but could live with older children. 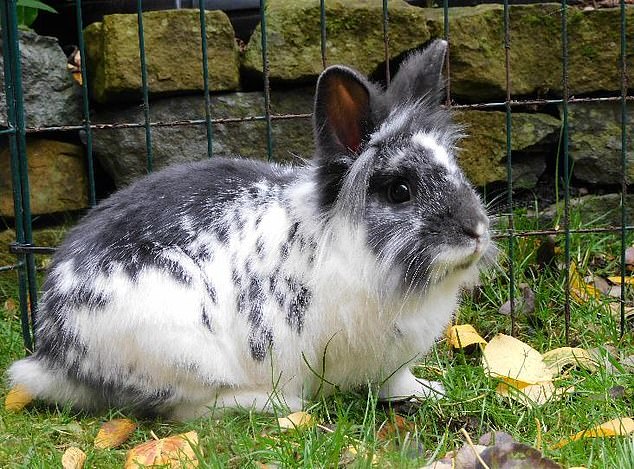 He wasn’t in brilliant health when he first arrived but has undergone quite the transformation into a friendly, confident pet.

Hamish is fully litter trained and so could live as a house rabbit. He could potentially go into a home where he is the only bunny, so long as he is kept inside.

Sadly, Hamish has tested positive for EC but fortunately hasn’t had any flare-ups. This is a microscopic brain and kidney parasite that affects rabbits along with a small range of other species.

The RSPCA would ideally like to rehome him with another EC-positive friend.

Albino ferrets looking for new home after being returned to RSPCA 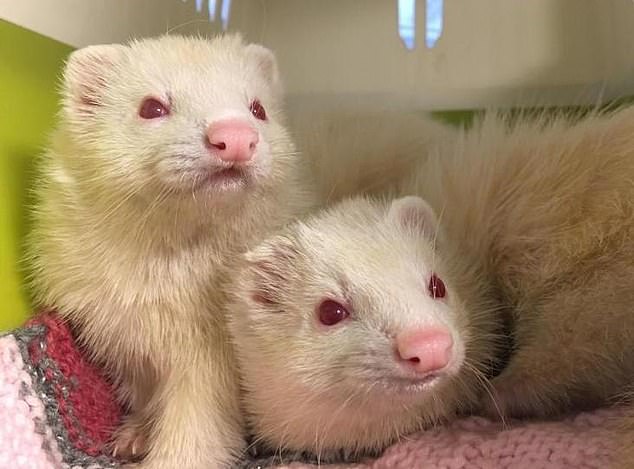 Albino ferrets Basmati and Paella are feeling down on their luck after ending up at RSPCA Martlesham in Suffolk for the second time.

They were sadly returned to the centre when their new owners could no longer take care of them.

The four-year-old ferrets are fun and lively, and they love to run around together before curling up for a snooze.

The RSPCA say Basmati and Paella have come a long way since re-entering their care, but can still be nervous in new situations.

They would benefit from an experienced ferret owner and must be rehomed together.

Two friendly degus ready to be rehomed in Buckinghamshire 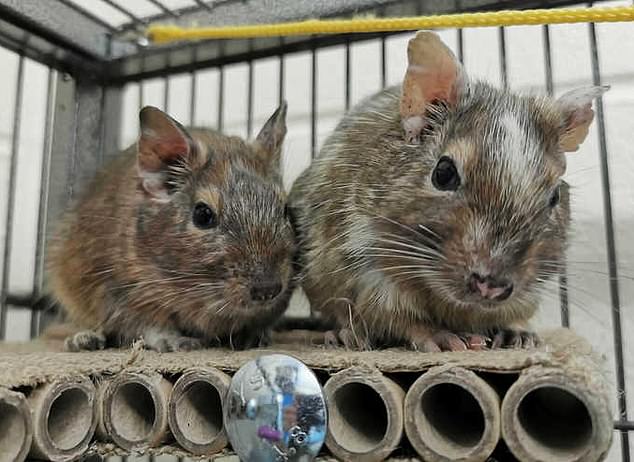 Friendly pals Jaguar and Bugatti are two of 17 degus currently searching for new homes at Blackberry Farm in Buckinghamshire.

They’re currently living in a group of five degus and are looking for a large multi-level cage with lots of enrichment and things to chomp on.

They need patient owners who can slowly build their confidence and get them used to being handled. However, have begun to take treats from staff.

Degud are rodents related to guinea pigs, chinchillas and rabbits. They originally come from Chile and live in groups of up to 100 in complex burrows with separate nests and food stores.

Gorgeous guinea pigs were among 60 removed from a property 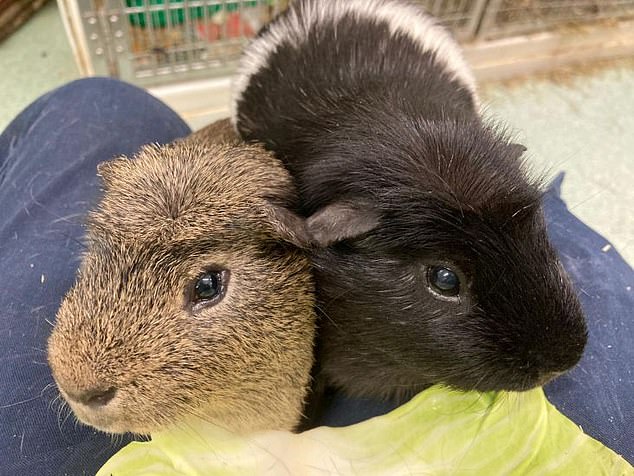 Martinez and Targett – named after the Aston Villa FC players – were two of around 60 guinea pigs removed from a single property by RSPCA officers.

They are now being cared for at Birmingham Animal Centre, where they run over to staff when they appear with veggie treats in hand.

The pair would like a new home with owners who are experienced with guinea pigs and can help them get used to human contact. 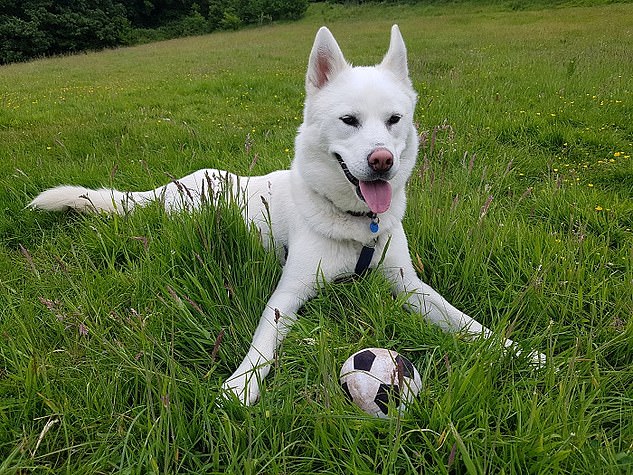 Two-year-old husky Simba is a lovely pup who has spent almost a year in the care of RSPCA Little Valley in Devon.

He’s a gorgeous, intelligent dog who is playful and energetic and is therefore looking for a home with owners experienced with active pups.

The RSPCA say Simba can become over-stimulated so will need help to settle in his new home. He would like a quiet, rural area to enjoy walks away from lots of other dogs.

Simba would ideally be placed in an adult-only household where he is the only pet.

Affectionate cat Hicks is looking for an experienced owner 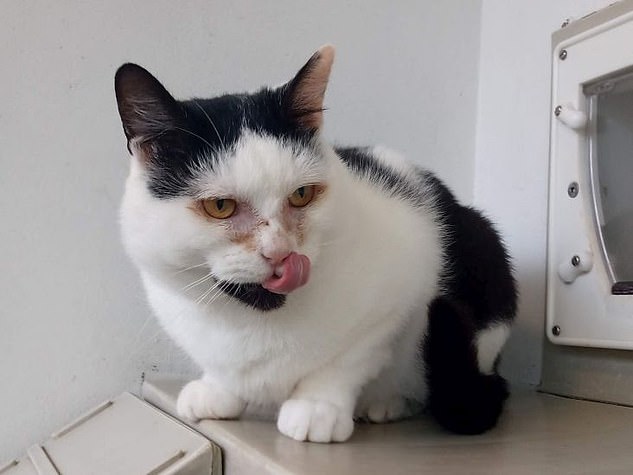 Affectionate feline Hicks loves to be around people and is looking for an experienced cat owner to take him on.

The four-year-old was born with only one functioning tear duct in each eye so his eyes need regular bathing to keep them clean.

He isn’t particularly fond of other cats so would ideally like to be the only pet in his new home, and is suited to a family with older children.

Hicks is currently living at RSPCA Gonsal Farm in Shropshire. 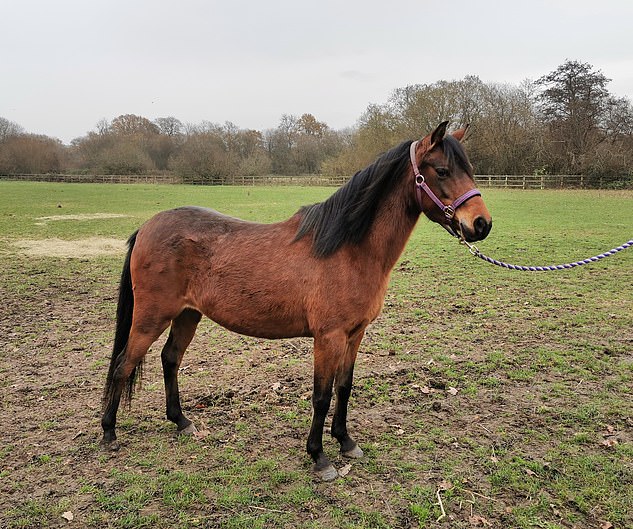 Five-year-old mare Mia is a 12.1hh Welsh Section B who is currently being looked after at RSPCA Millbrook Animal Centre in Surrey

Five-year-old mare Mia is a 12.1hh Welsh Section B who is currently being looked after at RSPCA Millbrook Animal Centre in Surrey.

The charity describe her as ‘very loving towards people she knows’ alongside being a great companion to her fieldmates.

Mia is easy to catch, lead, handle and enjoys being gently groomed.

However, she is looking for an experienced home as she can be a little anxious around new people

Once settled, she is expected to thrive as a second-ridden pony.

This winter, the RSPCA expects to rescue thousands of animals from neglect, cruelty and suffering.

To help our rescue teams reach the thousands of animals who desperately need us,  click here and Join the Christmas Rescue #JoinTheRescue.

Donating £25 could help to keep an animal rescue team on the road and £50 could help feed all the rescued animals in one of our centres for a day.