By Associated Press and Tyrell Feaster For Dailymail.Com

Albert Pujols hit his 698th home run, a two-run drive that pulled the St. Louis Cardinals into a sixth-inning tie with the Cincinnati Reds on Friday night.

The homer moved him to within only two of reaching an impressive 700 career home runs.

The veteran slugger hit a first-pitch slider Raynel Espinal 427 feet into the left-field stands for his 19th home run of the season, tying the score 4-4.

Along with the home run he also hit a drive to T.J. Friedl at the left-field wall in the seventh. With 2,203 RBIs, Pujols moved within 11 of Ruth for second, behind Aaron’s 2,297. 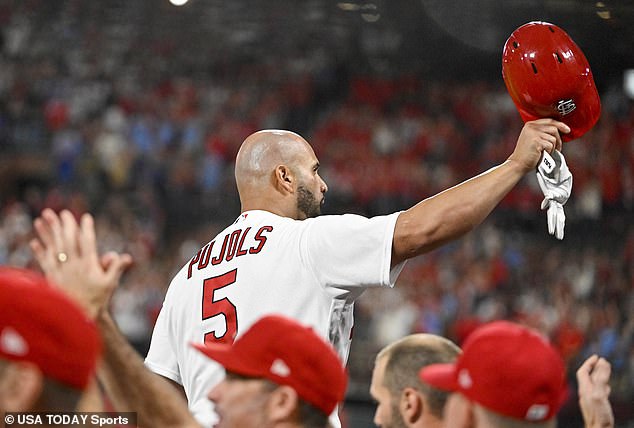 Five of his last six home runs have come in the sixth inning or later, and his last five homers have tied the game or put St. Louis ahead.

He intends to retire at the end of the season. St. Louis has 17 games remaining.

They currently have an eight-game lead on the National League Central Division and possess a record of 85-60. 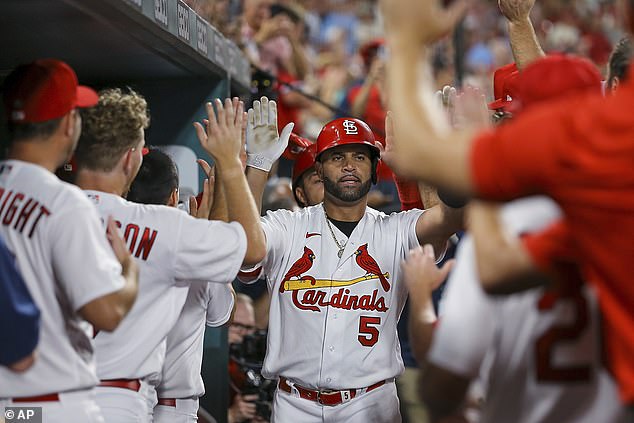