Alan Jones is selling hundreds of treasured personal items with everything from his much-loved Bentley, furniture and sporting memorabilia to artwork, RM Williams boots, encyclopaedias and champagne bottles up for grabs.

The veteran broadcaster, 81, who recently underwent urgent spinal surgery, has enlisted Lawsons Auctioneers to sell an extensive range of possessions.

It follows the recent sale and settlement of his sprawling Fitzroy Falls property in the NSW Southern Highlands, south-west of Sydney.

Topping the 600-odd list of Jones’ possessions is an Arthur Boyd artwork estimated to be worth up to $300,000, along with his beloved 2006 Bentley Continental Flying Spur, which could fetch as much as $90,000.

For more bargain-savvy bidders, prices for items such as photos start from as little as $20. 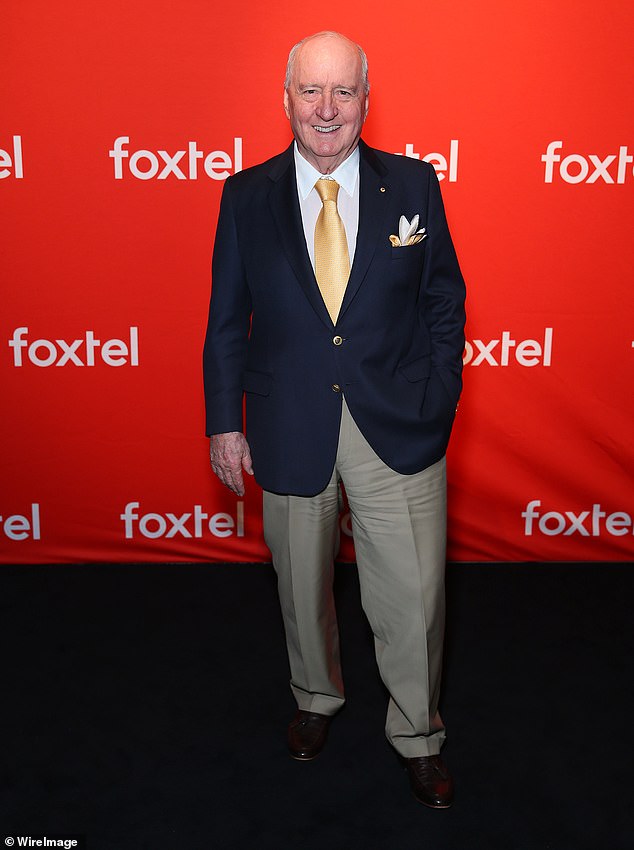 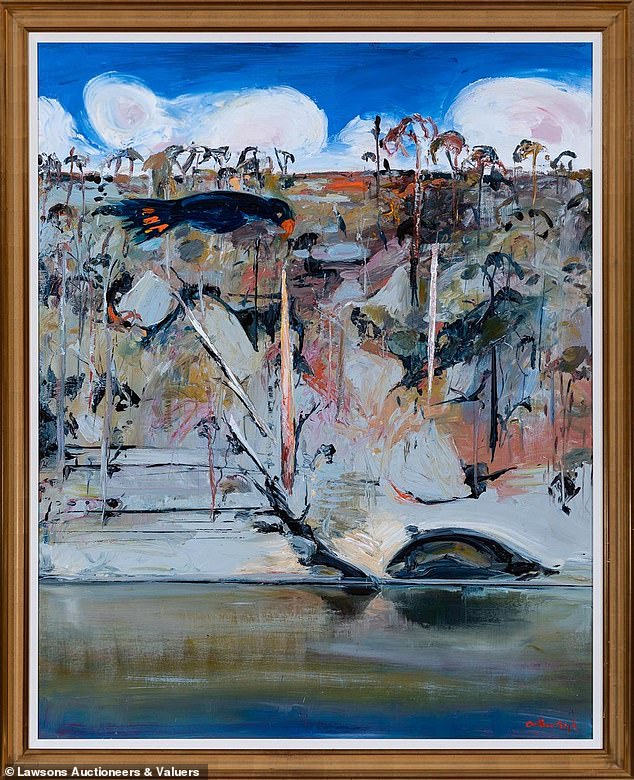 An array of artwork from Jones’ collection will also be auctioned off. Pictured: And Arthur Boyd artwork estimated to be worth between $200,000 and $300,000

The auctioneers have also listed a Balinese daybed complete with comfy cushions for as little as $800.

For fellow sports tragics, there’s an array of cricket memorabilia from greats of the game include Steve Waugh and the late Don Bradman, including signed bats, shirts and gloves.

There’s also horseracing memorabilia and a range of photos of Jones with famous Australians such as trainer Gai Waterhouse and late cricket great Shane Warne.

For book lovers, a set of four leatherbound books featuring the poetry of Charlotte Bronte is valued between $60-$80 while a set of Australian encyclopaedias which include collectors’ item editions could fetch up as much as $200.

Items from Jones’ wardrobe including RM Williams boots, trainers and Drizabone coats are also up for grabs. 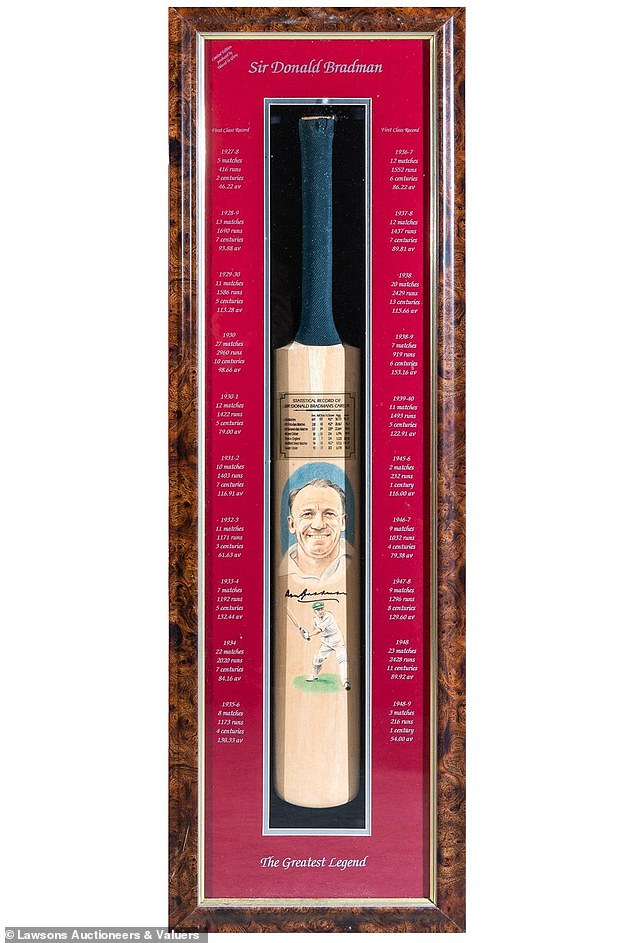 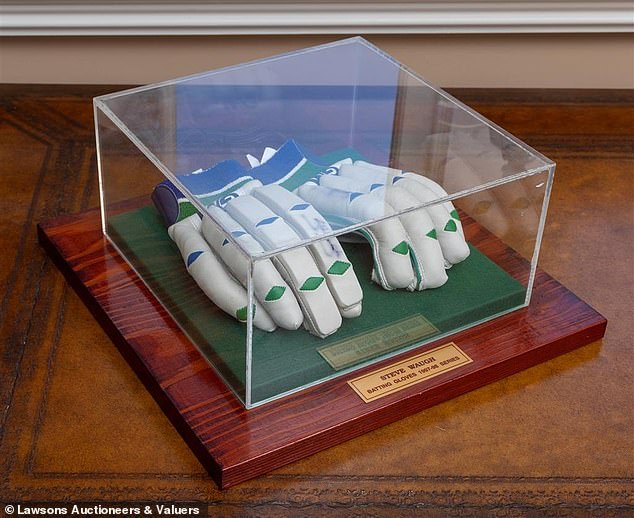 Many items are inscribed with the initials AJ, including a Tiffany & Co crystal wine decanter.

‘Any bids placed via the website are executed immediately against the items reserve or the current highest bid,’ the Lawsons website states.

‘Please note that in the case of competitive bidding occurring within five minutes prior to the close of sale, the closing time is rolled over for a further five minutes.’

Jones purchased the Fitzroy Falls property, known as Elizabeth Farm, named in honour of his mother for $2.6m in 2003, which sold in November.

Originally on the market for $17.5m, it’s believed the property sold closer to the $16million mark. 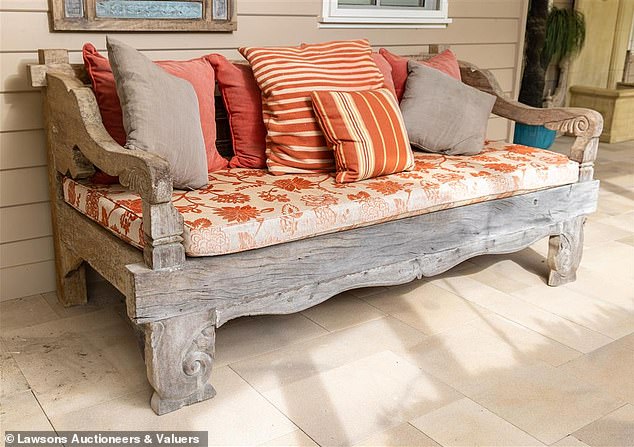 Alan Jones is selling off hundreds of possessions and furniture, including this Balinese daybed 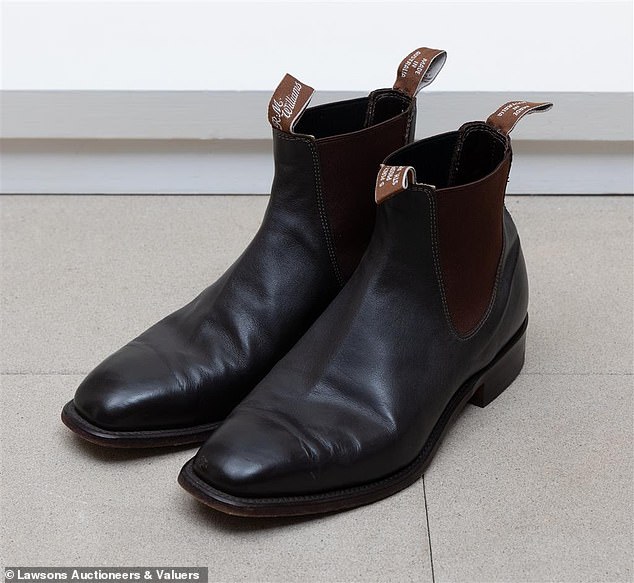 In need of a pair of second-hand RM Williams boots? Alan Jones is selling his pair for an estimated $150-$250

He will continue living in his luxury apartment in East Circular Quay overlooking Sydney Harbour.

‘I really did only spent about 35 days a year in the Highlands prior to Covid so I will be very happy in my apartment,’ Jones told The Daily Telegraph last month.

‘If my impoverishment means I am condemned to look at the Opera House, Harbour Bridge and Sydney Harbour every day there really is nothing to be melancholy about.’

Jones recently vanished from the airwaves after he was rushed to St Vincent’s Hospital to undergo spinal surgery.

The conservative political firebrand and former Australia Wallabies coach had been battling crippling back pain for years and hadn’t been on air his daily shows and podcasts on Facebook and the ADH Network since October.

His spokesman Jake Thrupp recently told Daily Mail Australia Jones would take a break over summer but will be back in 2023.

‘There’s no keeping him down, that’s for sure,’ he said. 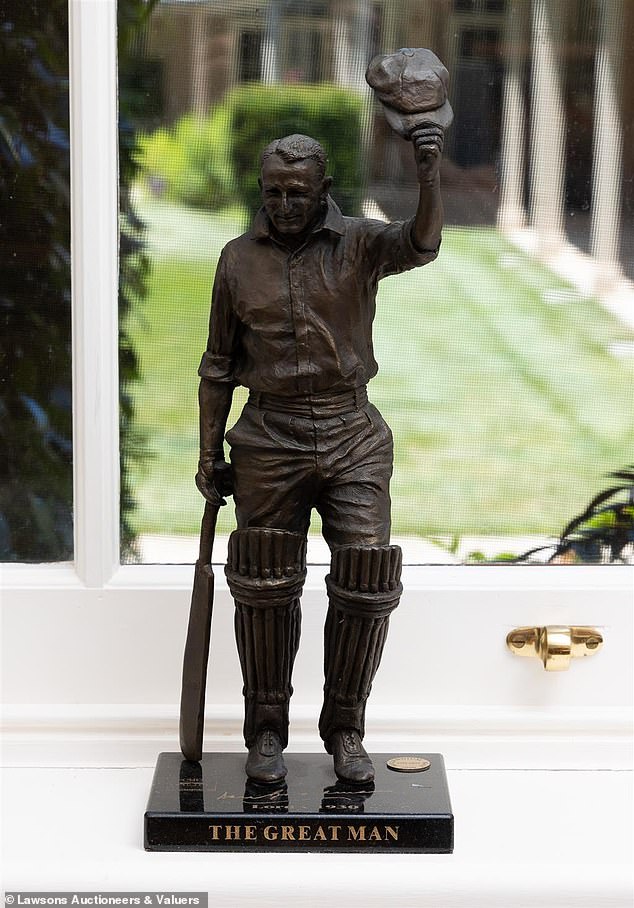 ‘They were correcting something that I think was stuffed up the last time. They have assured him that after this operation though, he should be okay.

‘He’s been using a walking stick all year. He hopes to be able to throw that away after this latest surgery but we’ll see.’

Jones retired from radio broadcasting in 2020 after a distinguished career spanning decades at 2UE and 2GB, and briefly moved to Sky News Australia.

He left the network in 2021 and later announced he was going online with Alan Jones Direct To The People to produce daily shows, updates and podcasts.